Excessive tablet, smartphone and TV time may lead to young children missing developmental targets, according to a new study out of the University of Calgary.

The lead author says the study looked at the habits of 2,500 families in Calgary with children aged two to five.

“Kids who had a higher amount of screen time were less likely to meet developmental targets,” Dr. Sheri Madigan told Alberta@Noon on Monday.

“At age five, they weren’t meeting a lot of the critical developmental milestones that we need them to meet at school entry.”

The study found “deficits and delays in developmental outcomes such as language, communication, motor skills, and/or socioemotional health.” 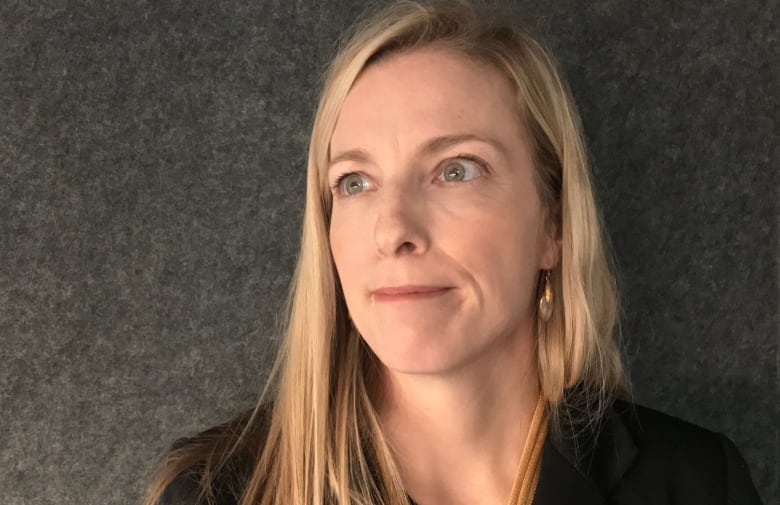 Dr. Sheri Madigan, a clinical psychologist at the University of Calgary, says the study looked at the habits of 2,500 families with children aged two to five. (David Bell/CBC)

It was conducted in partnership between the U of C, the Alberta Children’s Hospital and the University of Waterloo.

That’s a fair chunk more than what some experts recommend.

“The Canadian Paediatric Society’s recommendation for kids age two to five is that they spend no more than one hour per day watching high-quality programming,” Madigan said.

High quality means with a learning component, like Sesame Street, and, in a perfect world, the parent sharing that screen time with the children, she added.

“Elmo doesn’t talk back, but parents can provide that feedback loop that helps kids learn.”

The research also suggests that watching an activity does not translate into being able to perform that activity in real life.

Dan Flanders is the founder and director of Toronto-based Kindercare Pediatrics, a pediatric health centre. He says future studies could be expanded to look at reduction strategies.

“We need to start thinking more about and investing in answering questions like, how do we help these kids reduce screen time? [And] at all levels: schools, homes, doctors’ offices, public health agencies, etc.,” Flanders told CBC News.

Online safety and social media educator Paul Davis says rules that apply to everyone are a good place to start.

“There’s one study that I subscribe to, which is, an hour before you close your eyes, you don’t have a screen in front of you. I live by a golden rule that I tell parents: No screens in the bedroom, period. It’s a no-screen zone,” Davis said.

Parents need to lead by example, he said, including encouraging quality time online.

“I like productivity screen time, not zombie screen time. Looking at a screen, flicking your finger up, looking at and liking the next picture, that’s zombie time,” Davis said.

But once homework, chores and any responsibilities are complete, let the kids enjoy screen time. They’ve earned it.

“Technology is probably moving far faster than the research can keep up,” Madigan said.

“Our questions evolved. Later in the study, we asked more about screens than we did in 2011, when we first asked about TV viewing.”

Post Views: 640
Want To Change Your Life? Start Earning Up To $5,000 Per Week After Watching This Video. Click Here!
Related Topics:DevelopmenthurtKidsscreenStudysuggeststimeYoung
Up Next

Feeling isolated? You can now be prescribed a trip to the museum

Post Views: 158
Want To Change Your Life? Start Earning Up To $5,000 Per Week After Watching This Video. Click Here!
Continue Reading

Post Views: 171
Want To Change Your Life? Start Earning Up To $5,000 Per Week After Watching This Video. Click Here!
Continue Reading