Canada’s biggest bank says it regrets an error that caused it to mischaracterize some of its mortgages as being on an accelerated payment plan even though they were not.

Last fall, the bank sent letters to some of its customers who had recently renewed their mortgages with the bank and had chosen an accelerated payment plan that lets them pay down the loan quicker than other options.

By RBC’s definition, an accelerated mortgage is one where the client is making the equivalent of one extra monthly payment per year, with that amount being spread over smaller periodic payments through the year. A $150,000 mortgage at 5.5 per cent for 25 years, for example, can be paid off in a number of ways. Someone with that mortgage could choose to go with:

Under an accelerated mortgage payment plan, a mortgagee could opt to pay $457.80 every two weeks — an amount that’s higher than the standard biweekly payment plan outlined above, and one that would shave almost four years off the life of the loan, putting that person on track to pay down their mortgage in just over 21 years.

Some customers had signed up for what they thought was an accelerated option but was actually not the quickest payment plan available.

“The language of our mortgage renewal agreement stated that your payment type was ‘accelerated’ even though the mortgage payment you chose was not an accelerated payment type,” the letter said.

The letter goes on to explain that despite the error, the underlying math in the agreement is correct — the payment terms they agreed to will see them pay off their loan in the amount of time they thought it would. But it isn’t technically accelerated because it wasn’t the fastest possible option after all, and that has some of the bank’s customers feeling steamed.

Keswick, Ont., resident Natalie Floyd and her husband opted to renew their mortgage with the bank at an accelerated biweekly payment plan last May. For her, paying the mortgage off as quickly as they could was the main appeal, so they were a little upset to receive the letter from the bank informing them that wasn’t the track they were actually on.

After being presented with new payment options, she has opted to stay with her existing plan, but she says the experience has really soured her on the bank and she’s unlikely to stay with RBC when the loan comes up for renewal.

“My husband and I both felt pretty robbed,” she said. “I feel … it was deceptive.” 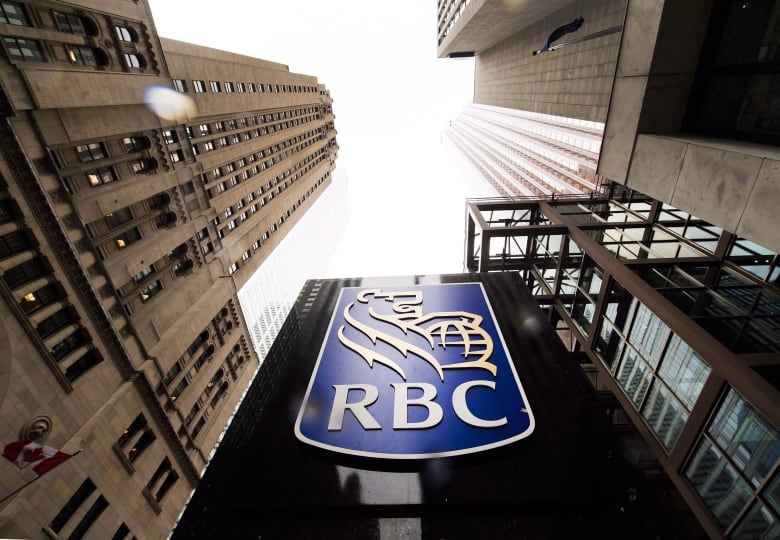 Royal Bank says it uncovered the discrepancy during what it calls a ‘regular business review.’ (Nathan Denette/Canadian Press)

For its part, RBC says it regrets the error and is working with customers to rectify the situation.

“Through one of our regular business reviews, we discovered that a limited number of clients’ mortgage payments were incorrectly labelled at the time of renewal,” spokesperson AJ Goodman said.

“We contacted clients to explain the discrepancy to them, assure them that the payments, terms and amortization periods remain the ones they selected at the time of renewal and that principal and interest payments were correctly applied. We regret any client inconvenience and encourage them to contact us with questions.”

He declined to offer specifics of how many of the bank’s $247 billion worth of mortgages were improperly pitched as accelerated.

The Financial Consumer Agency of Canada, the government regulator tasked with looking out for consumers when they have disputes with their financial service providers, wouldn’t discuss the RBC case, citing an “obligation to maintain confidentiality.”

But other industry critics say the responses from both the bank and the regulator are sorely lacking.

“If they believe they were misled, some might want to go to court … to make their case,” said John Lawford, the executive director of the Public Interest Advocacy Centre, an Ottawa-based group that speaks out on consumer rights issues.

Lawford says banks are far from transparent when it comes to disclosing how they deal with disputes with their customers.

It’s why he’s lobbied the federal government for many years to establish a consumer’s bill of rights that would set clear rules for what both parties are required to do when these sorts of issues arise.

“It would be better in future if they had a clear right and if the regulator had a clear rule for the banks so that this sort of misunderstanding didn’t fall on consumers to have to pay for it.”

Based on his reading of it, the tone of the bank’s letter to affected customers is “probably an attempt to avoid litigation, because if they took the opposite position then people would be owed money,” he said, noting the letter falls well short of an apology or acceptance of responsibility.

“There is no particular offer … to compensate or provide a small amount of money as a token of having made a mistake,” he said.

Post Views: 471
Want To Change Your Life? Start Earning Up To $5,000 Per Week After Watching This Video. Click Here!
Related Topics:errorlabelledloansmortgageRBCregretswerent
Up Next