Powell has instituted a new system where he will give a news conference after every policy meeting, providing better insight into his thinking month to month.

Analysts are expecting that a gloomier economic outlook means the Fed will hold off on interest rate increases, continuing to be “patient and flexible” on new rate hikes.

But the Fed’s reaction to renewed fears of a global recession could turn out to be good for Canadians. Here are some reasons why. 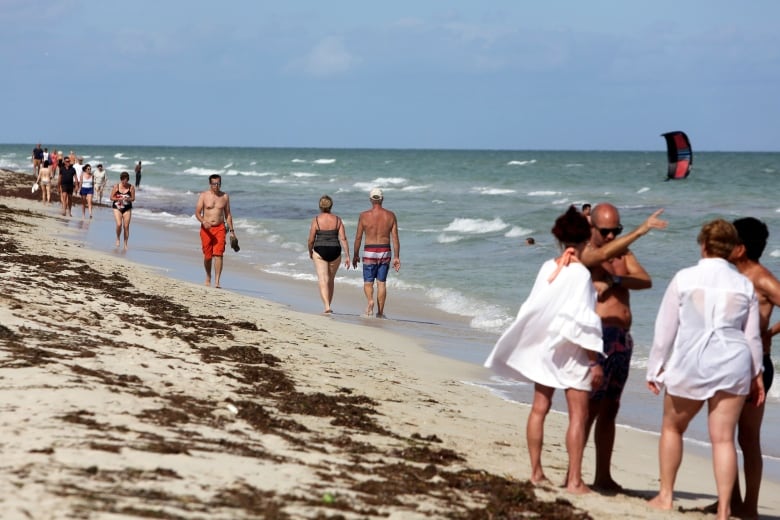 Tourists walk at the beach in Varadero, Cuba. Other things being equal, a lower path of U.S. interest rates will make the loonie go further on winter holidays. (Fernando Medina/Reuters)

​Market indicators are telling us that the chance of the Fed chair announcing a rate hike Wednesday is now pretty much zero.

But there is some chance Powell could do more to stimulate the economy, including dropping hints that the pace of future rate hikes will be more moderate.

The growing differential between the Canadian and U.S. interest rate is one factor keeping the loonie soft.

If currency traders foresee a narrower gap between the two rates, the Canadian dollar should remain stronger than if the spread continued to widen — making imports cheaper and winter beach holiday spending go further. 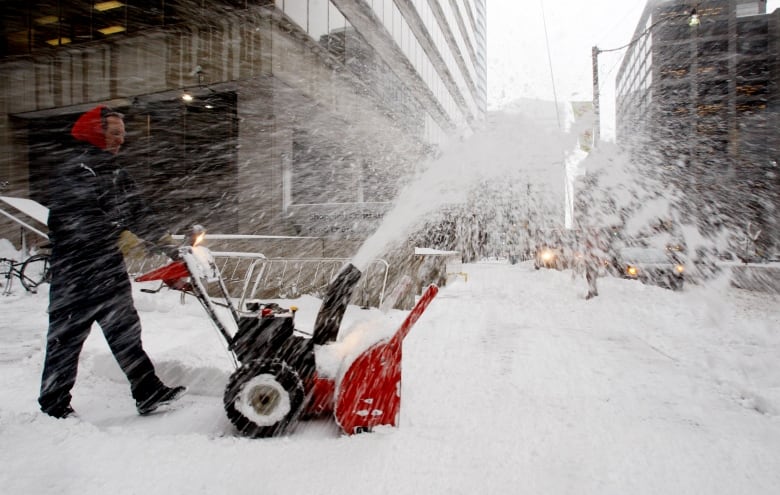 Skilled workers have been in short supply for awhile, but employers are now complaining even unskilled employees are hard to find at current wages. (Mark Blinch/Reuters)

In both Canada and the U.S., there are early signs that a labour shortage is beginning to push wages higher. Industries in many places have complained that even unskilled workers are unavailable at current wages.

Most economists seem to think U.S. rates are still low enough to keep stimulating the economy. That means profitable businesses can still afford to borrow and expand, increasing demand for workers that are in short supply.

With the porous Canada-U.S. border, rising wages in the U.S. can flow through to Canada, as Canadian workers take up the slack created by U.S. shortages. 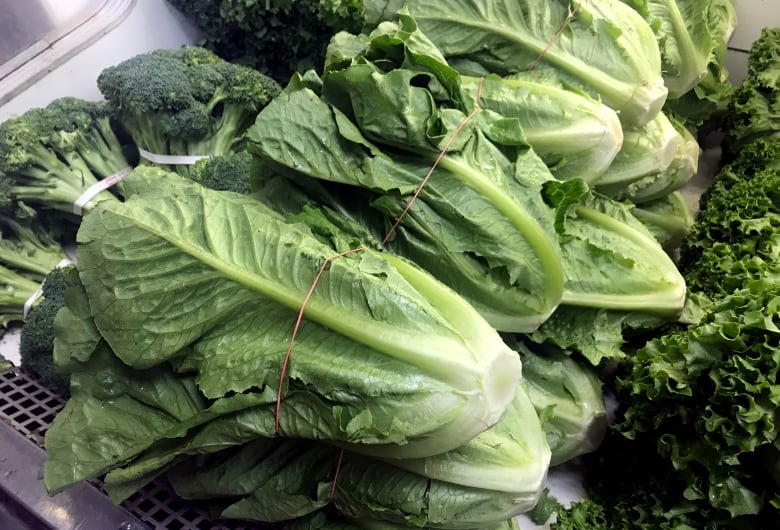 Economic theory says a lower path of interest rates should allow not just wages, but prices to creep up — which can be both good and bad for Canadians. (Chris Helgren/Reuters)

Holding off on a U.S rate hike could well let a little more inflation creep into the economy.

Usually we think of inflation as a bad thing, because the prices of the things we buy go up. But there are a number of reasons why inflation can be good for Canadians, especially if wages keep pace with prices.

For one thing, higher inflation reduces the risk of deflation — falling prices — that many economists say discourages people from spending or from borrowing to invest.

Inflation reduces the amount heavily borrowed Canadians must pay back, because while the total debt is the same, you are paying it back in dollars that are worth less than your rising salary. On the other hand, people with cash assets lose, and inflation causes a small transfer of wealth from savers to borrowers and net spenders. 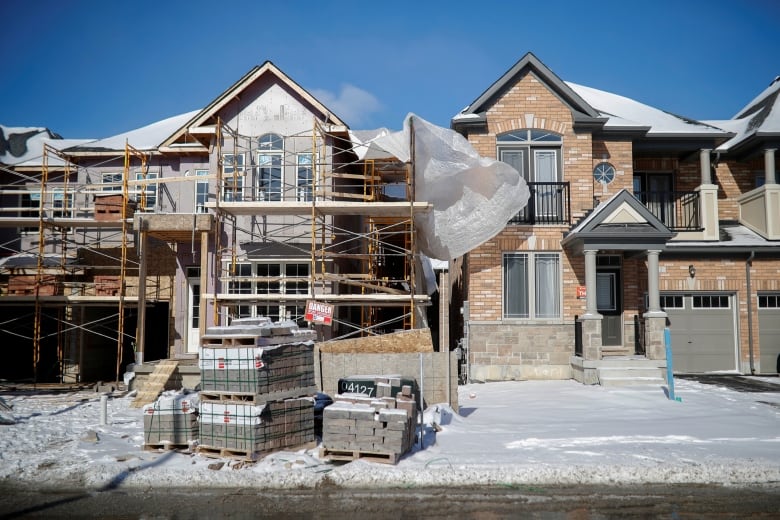 While the Bank of Canada benchmark rate — set by our own central banker Stephen Poloz — has an immediate effect on variable-rate consumer loans and mortgages, mortgages that are locked in for a longer period are more directly determined by international bond markets.

Generally, for a five-year fixed mortgage, lenders make their calculations based on what money is earning over a five-year period in New York — and those rates are, in turn, based on the Fed rate.

Lower five-year rates are reassuring to homebuyers who have been worried by previous Fed predictions that rates would be rising sharply. That means expectations of a slower path for U.S. interest rate hikes could help to stabilize the Canadian market for new and resale housing. 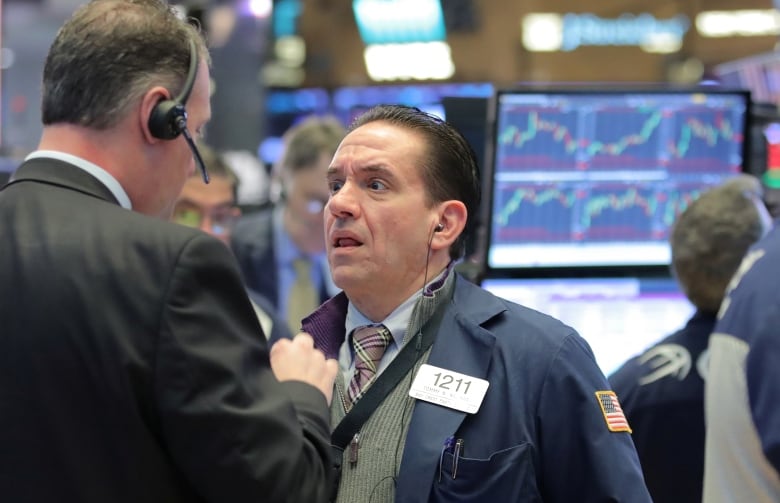 It was another down day on markets yesterday, as companies warned of the effects of China’s economy on their balance sheets. (Brendan McDermid/Reuters)

At the end of last year, as stock prices were falling, a lot of market watchers, including U.S. President Donald Trump, blamed Powell for raising interest rates more quickly than necessary.

While keeping markets from falling is not officially part of the Fed’s mandate, a plunging market could hurt jobs and prevent the U.S. central bank from hitting its two per cent inflation target — two things that are part of its mandate.

A “dovish” tone — one that seems to expect rates to stay lower for longer — might boost share markets.

More recently, the long-term program now in effect to get rid of the bonds that the Fed bought to stimulate the economy using quantitative easing have been blamed for market sell-offs.

Ending the gradual and predictable process of unloading those bonds would, in theory, add a little more stimulus to the economy. But Powell may be reluctant to interfere with a system that as been working well ever since it was put in place by his predecessor Janet Yellen 16 months ago.

Post Views: 702
Want To Change Your Life? Start Earning Up To $5,000 Per Week After Watching This Video. Click Here!
Related Topics:CanadianscareDonfedPittisReasonstomorrow
Up Next