History is repeating itself nine decades after the 1928-built Loblaws Groceterias warehouse was constructed at Bathurst and Lake Shore in Downtown Toronto: the materials of its facade were saved, and they are now being reconstituted into the walls of the new Loblaws store under construction as part of the West Block complex. The site has been active since 2013, when the former warehouse was taken down to make way for the mixed-use project, made up of a retail and office component developed by Choice Properties REIT, Wittington Properties Limited, and Loblaw Companies, plus two condominium towers by Concord Adex.

The footprint of the former warehouse is now home to a topped-out, 7-storey commercial building to feature the reconstructed warehouse facades for the first four levels, with glass curtainwall glazing clads the three stepped-back office levels above. This building was designed by architectsAlliance, with ERA Architects handling the heritage elements. 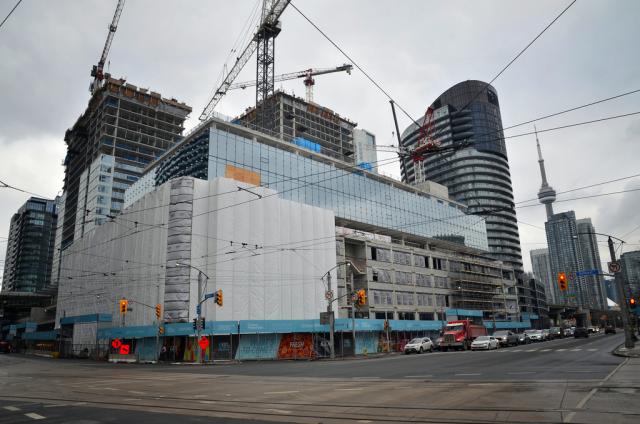 Officially known as West Block Est. 1928, the commercial building’s exterior will begin to live up to the heritage nod in its name. A scaffold hidden behind protective tarpaulins indicates that installation has begun for the warehouse facade’s preserved brick and masonry elements, which were carefully disassembled and catalogued during demolition. 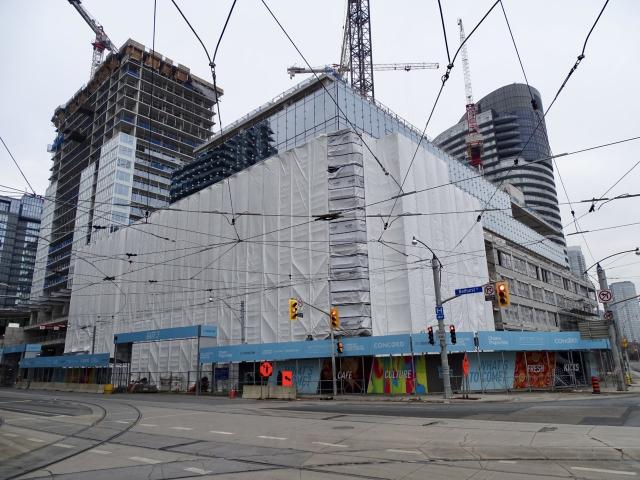 With forming of the office floors now complete, one of the two tower cranes used during the build was disassembled last week, marking a milestone in the construction timeline. 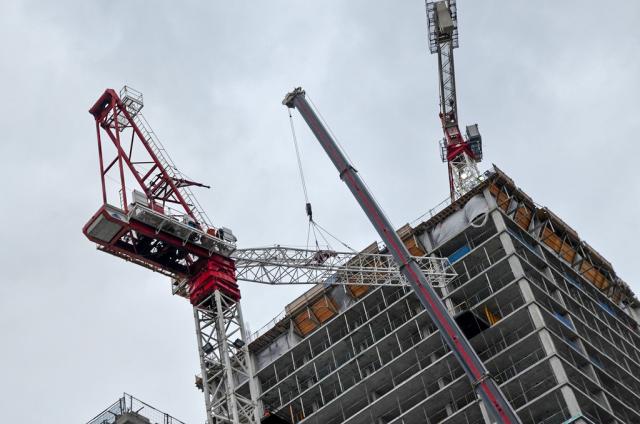 To the north, a pair of IBI Group-designed condominium towers known as The LakeShore and The LakeFront are rapidly ascending into the CityPlace-Fort York skyline. Forming now reaches as high as the 26th floor of the east tower, and the 22nd floor of the west tower. They will end up at 41 and 37-storeys respectively. 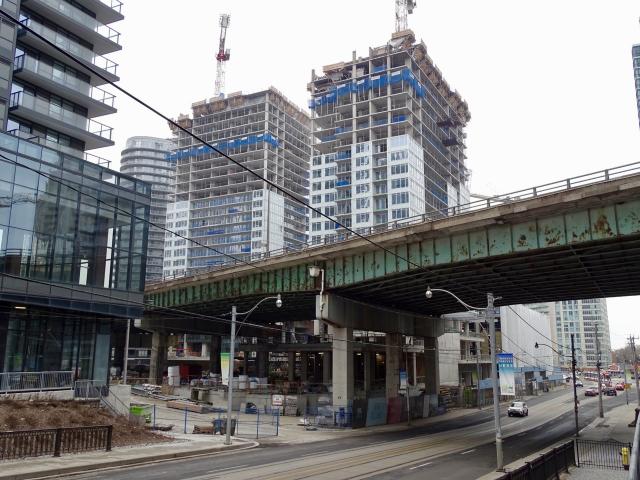 The LakeShore and The LakeFront, image by Forum contributor Red Mars

Cladding installation is now well underway for the residential towers, using a window wall system with clear glazing and pale blue spandrel framed in white mullions. Installation now stretches up to the 15th floor of the east tower, and the 14th floor of the west tower. 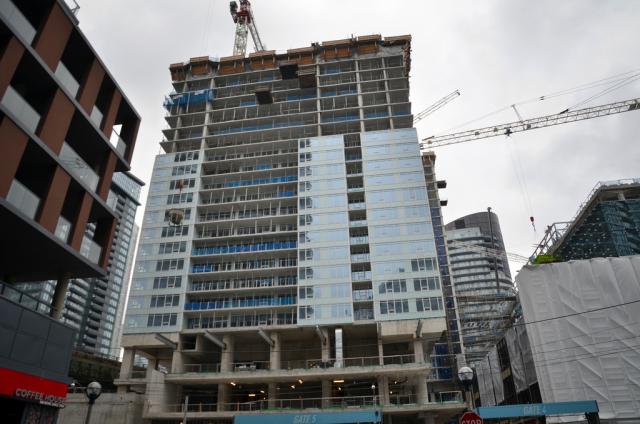 Post Views: 982
Want To Change Your Life? Start Earning Up To $5,000 Per Week After Watching This Video. Click Here!
Related Topics:BathurstBlockcomplexLakeProgressingShorewest
Up Next