The idea — to use video games to make the impacts of climate change “tangible,” in a virtual way — came to Manjana Milkoreit after her research showed a problem with how the topic was being handled at the political level.

“Participants in global climate negotiations tend to know actually very little about the climate science,” said Milkoreit, a political science professor at Purdue University in Indiana. “The facts that effectively are being used in the negotiations are very limited.”

Climate science — like the global climate itself — is fiendishly complicated, and no one really expects the politicians who negotiate things like emissions caps and carbon pricing to understand it as well as the scientists do. But politics is all about making choices.

So are games. So Milkoreit and her team, together with other researchers at various universities, built one.

The online simulation game they came up with — Earth Remembers — gathers dozens of players in a virtual room and assigns each a country and a national budget.

To play, each ‘country’ must negotiate with others to set emissions caps, then watch to see what their choices do to the planet, in five-year cycles — mimicking the deadlines set by global leaders who signed on to the 2016 Paris accord. 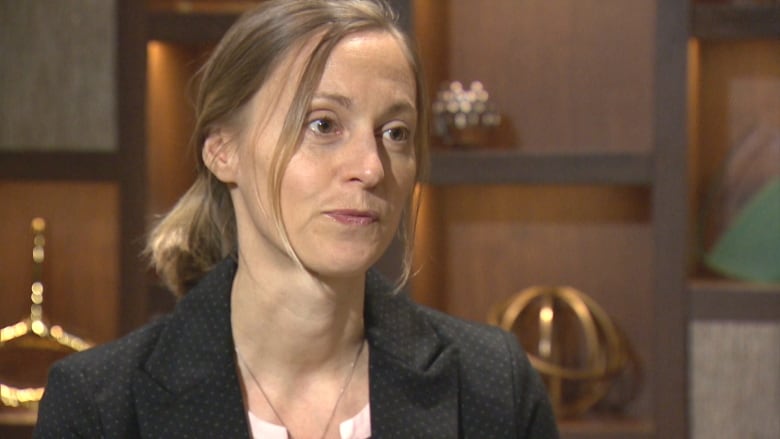 Political science professor Manjana Milkoreit of Purdue University. “There’s a big emotional component” to gaming that makes it a powerful tool for teaching the facts of climate change, she says. (Jeff Martino/CBC)

“It gives them a sense of what climate change actually might do, rather than just sitting in a political context and negotiating over national interests,” Milkoreit said. “So there’s a big emotional component.”

Milkoreit’s colleagues road-tested their game with delegates at the United Nations COP24 climate change conference in Poland last month, and previewed it at past global conferences, to positive reviews.

Andrew Dessler, a professor of atmospheric sciences, tried it out in Washington, D.C. at a science conference. He called it impressive.

“I think I understood for the first time viscerally, not intellectually,” Dessler said. “You understand how much power the big countries have in these negotiations.”

Climate scientist Katharine Hayhoe, who runs the Climate Science Center at Texas Tech University, said she often feels like she’s “shouting down an empty well with nobody at the bottom” as she tries to explain to laypeople the “force-multiplier” effects of climate change — the fact that it makes other global threats, from famine to disease pandemics, more deadly.

She said she sees products like Earth Remembers filling a vital bridging role between science and politics: only governments can curb runaway climate change, but policy-makers seldom have the scientific grounding to know which approaches will work.

“Negotiators are not scientists,” said Hayhoe. “These gaming simulations [are] a fantastic way to connect the issue directly to our own decision-making.”

Hayhoe took to Twitter last year to lament the fact that a video her 11-year old son had posted showing him playing the hugely popular online game Fortnite had racked up 10 times more views than her own webinar on climate change.

Henri Drake heard her plea. The MIT graduate student turned to Twitch — a streaming platform for gaming fans that rivals the audience numbers for NFL football games — to invite climate scientists to play Fortnite with him while engaging in live-in-screen debates of the effects of climate change and the best policies for tackling it.

And it was popular — but as a forum for exchanging ideas, maybe not wildly successful. Typically, the science took a back seat to the spectacle. “Fortnite is a shooter game,” Drake said, “and so there’s often a lot of gunshots and explosions in the background and sometimes you just can’t even hear people because there’s all this warfare going on.”

He said he’s hoping to try again with a game a little closer to the subject matter, such as the soon-to-be-released Civilization VI: The Gathering Storm, an expansion of a popular franchise which has a storyline centred on a crumbling biosphere. 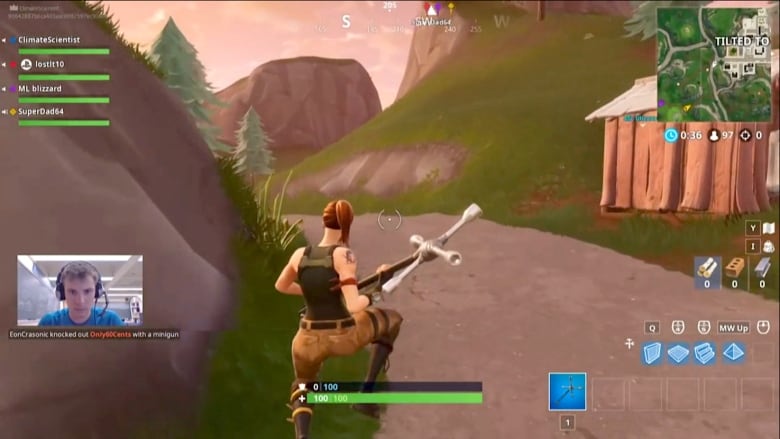 Henri Drake tried to use Fortnite as part of a streaming experiment in combining gaming with climate science outreach, but found the platform a little too noisy for the purpose. (YouTube/Contributed)

Others are pushing ahead with products of their own. EarthGames, based out of Seattle, describes itself as a “a growing community of researchers, game developers and students who share a passion for games and the environment.” The company has developed multiple games that model climate change — such as a choose-your-adventure story where the player is a water molecule travelling through time to stop environmental disasters.

In another EarthGames product, Infrared Escape, the player is a beam of infrared light trying to escape Earth’s atmosphere through a gauntlet of greenhouse gases.

Drake said the main goal for all such games should be fun — because nobody’s going to pick up on the message if the play stinks.

“If you can combine fun with education in the right way, you can have a lot of success because kids don’t usually want to do homework but they do want to play games.”

It’s something government agencies should factor into their own outreach efforts, Hayhoe said. Anything that engages with people through play has an audience. Games could be a very powerful tool for boosting public understanding of climate change, and the policy responses to it.

“If we want people to understand an issue as important as climate change that matters to every single human on this planet, we have to go out and meet people where they are,” she said.

Post Views: 605
Want To Change Your Life? Start Earning Up To $5,000 Per Week After Watching This Video. Click Here!
Related Topics:changeclimategamingPlanetplayingscientiststalk
Up Next

Post Views: 100
Want To Change Your Life? Start Earning Up To $5,000 Per Week After Watching This Video. Click Here!
Continue Reading

Post Views: 333
Want To Change Your Life? Start Earning Up To $5,000 Per Week After Watching This Video. Click Here!
Continue Reading

Post Views: 58
Want To Change Your Life? Start Earning Up To $5,000 Per Week After Watching This Video. Click Here!
Continue Reading