An official with the state-owned oil company that operates the pipeline that exploded last week in central Mexico, killing at least 89 people, is defending its response to the leak.

A Pemex engineer told a news conference on Monday that at first the leak was just a “small puddle” but later grew into a “fountain.” Within 20 minutes of that assessment, the engineer said, the company was able to “take actions.”

It was not clear if those actions included shutting off the flow of fuel in the pipeline.

Pemex chief executive Octavio Romero said his team had followed protocol, though he would not confirm or deny if there was negligence or corruption related to the delay in closing the pipeline.

“Everything will be looked at,” he said. 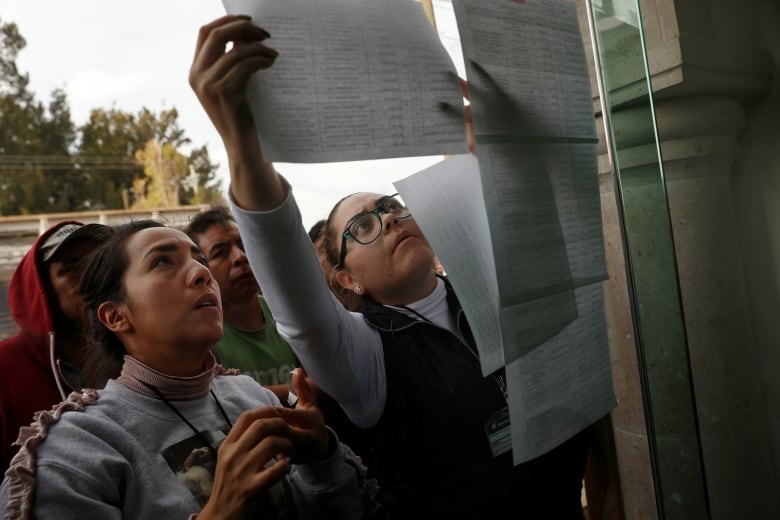 A woman places a list with names of people injured during the explosion in the Tlahuelilpan. (Henry Romero/Reuters)

The number of people who died from a gasoline pipeline explosion in central Mexico rose to 89 Monday, according to Mexico’s health minister.

The number of injured has been revised down to 51 from 58.

Fuel thieves punctured the Tula-Tuxpan pipeline a few kilometres from one of Mexico’s main refineries on Friday.

Up to 800 people flocked to fill plastic containers from the seven-metre gasoline geyser that ensued, officials say.

A couple of hours later, it exploded. 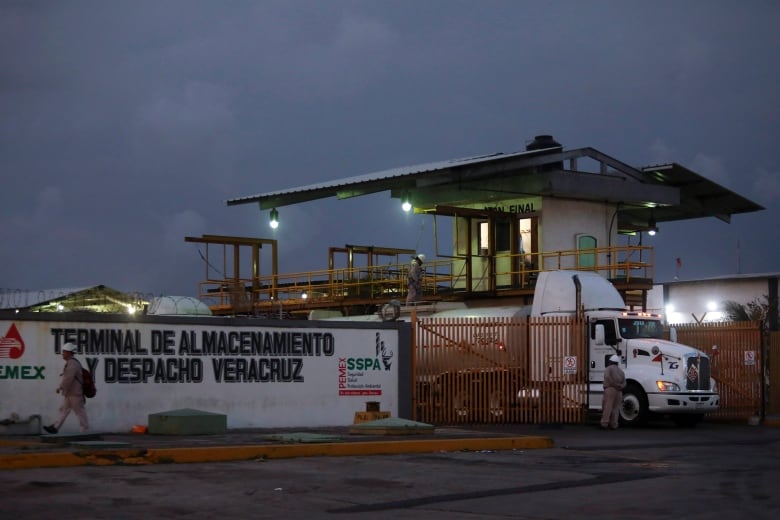 Tanker trucks stand at the exit of a Petroleos Mexicanos, or Pemex, fuel depot and distribution centre in the port city of Veracruz, Mexico. (Felix Marquez/Associated Press)

Over the weekend, a series of possible missteps by the current government became clear, from the delay in shutting off the pipeline, to relatives saying fuel shortages caused by the government’s anti-theft policy attracted people to the leak.

Mexican Attorney General Alejandro Gertz said that any negligence by authorities is being investigated and that officials involved would be called in to answer questions this week.

“It’s a fundamental issue: the chronology of the events must become absolutely clear.”

The plan, which involves shutting off pipelines compromised by gangs who fit valves to drain fuel, led to widespread gasoline shortages in central Mexico in January, including in Hidalgo, to the north of Mexico City.

‘A lot of of innocent people came here’

Half a dozen people interviewed by Reuters on Saturday said their relatives went to the leaking duct in Tlahuelilpan district in Hidalgo state because they struggled to find fuel elsewhere and were desperate to fill up cars to get to work or run their farms.

“A lot of innocent people came here, perhaps their car didn’t have enough gasoline for tomorrow, and they said I’m just going to go for a few litres,” said farmer Isidoro Velasco, 51, who was waiting for news of his nephew Mario Hidalgo, who he believed likely dead. 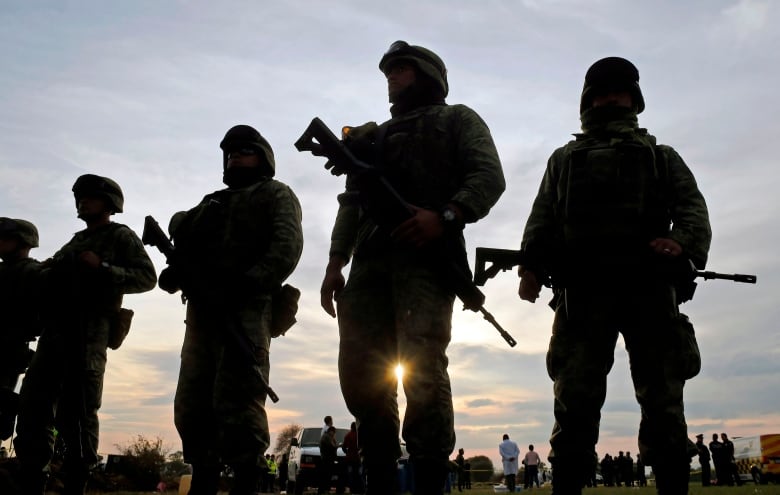 Polls show the measures have until now enjoyed fairly broad public support, despite the difficulties and long lines at gas stations.

The disaster in Tlahuelilpan, however, has brought renewed scrutiny of the strategy. Lopez Obrador has faced repeated questions about the disaster, demanding he explain why soldiers deployed to guard the duct did not chase people away from the leak and how quickly supplies to the duct were cut after Pemex detected the leak.

‘The bigger blame lies with authorities’

Romero said about 10,000 barrels of high octane gasoline were in the section of the pipeline between the Tula refinery and the village when it blew up on Friday.

The defence ministry and Lopez Obrador said there were only 25 soldiers present and the army did not want to hold back the crowd. Critics say authorities should have been firmer in controlling the crowd and sealing the area, and should have called for reinforcements. 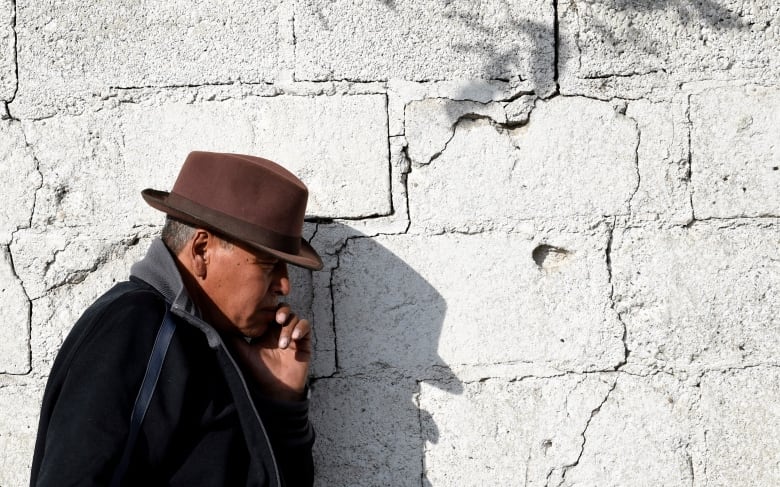 A man waits for the DNA test of a relative in Mixquiahuala following the explosion. (Alfredo Estrella/AFP/Getty Images)

“Part of the blame goes to the people [at the ruptured pipeline] but the bigger blame lies with authorities who let them go there knowing it was dangerous,” said Velasco, the farmer.

The Tula-Tuxpan pipeline delivers fuel to other central states, raising the possibility that its closure for repairs after the explosion could worsen fuel supply problems, including in car hub Guanajuato.

Post Views: 560
Want To Change Your Life? Start Earning Up To $5,000 Per Week After Watching This Video. Click Here!
Related Topics:companydeathdefendsleakMexicanOilpipelineresponseRisesStateownedtoll
Up Next

Post Views: 1,608
Want To Change Your Life? Start Earning Up To $5,000 Per Week After Watching This Video. Click Here!
Continue Reading