Badly injured people streamed into a hospital in the capital after alleged assaults by security forces.

“Our country is going through one of the most trying periods in its history,” the Zimbabwe Catholic Bishops’ Conference said in a sweeping statement lamenting the government’s “intolerant handling of dissent” and its failure to halt economic collapse.

Media group MISA-Zimbabwe shared a text message from the country’s largest telecom company, Econet, calling the government’s internet order “beyond our reasonable control.” The High Court will hear a challenge to the shutdown on Monday, the Zimbabwe Lawyers for Human Rights said.

A prominent pastor and activist who faces a possible 20 years in prison on a subversion charge arrived at court, one of more than 600 people arrested this week. Evan Mawarire has called it “heartbreaking” to see the new government of President Emmerson Mnangagwa acting like that of former leader Robert Mugabe.

Mawarire is accused of inciting civil disobedience online. “It’s a shame what’s happening,” the pastor said. A magistrate said there was reasonable suspicion he had committed an offence and set a Jan. 31 hearing, while Mawarire remains in detention until his lawyer on Monday can seek bail.

International calls for restraint by Zimbabwe’s security forces are growing, while Mnangagwa prepares to plead for more investment at the World Economic Forum in Davos, Switzerland. He announced the fuel price increase on the eve of his overseas trip, leaving hardline former military commander and Vice-President Constantino Chiwenga as acting president. 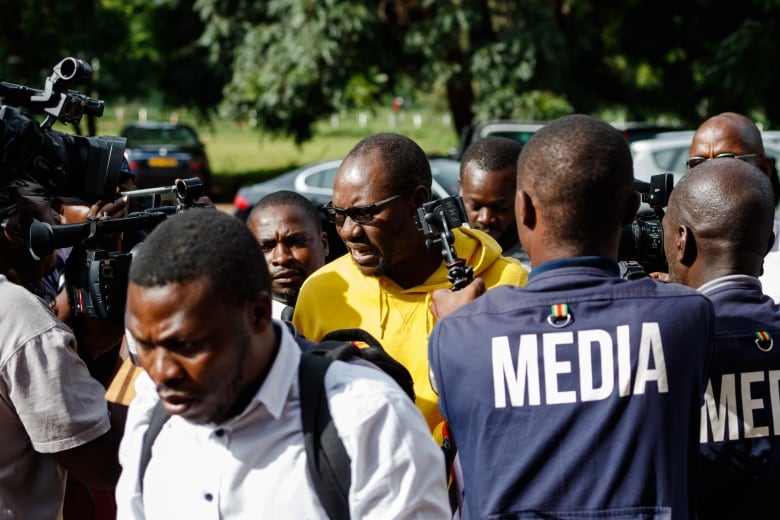 Zimbabwe cleric and activist Evan Mawarire speaks to the media as he arrives at court Thursday, accused of inciting violence through social media. (Jekesai Nijikizana/AFP/Getty Images)

Gasoline in the economically shattered country is now the world’s most expensive. Zimbabweans heeded a nationwide stay-at-home call earlier this week in protest. Rights groups and others have accused security forces of targeting activists and labour leaders in response, with the United States expressing alarm.

The Zimbabwe Association of Doctors for Human Rights has said it had treated 68 cases of gunshot wounds and 100-plus other cases of “assaults with sharp objects, booted feet, baton sticks” and more.

Injured people streamed into a private hospital in the capital, Harare, on Thursday. Some had broken legs. A nurse attended to a man with a broken spine.

Albert Taurai told The Associated Press he had ventured out to look for bread when plainclothes officers wearing masks beat him up, accusing him of barricading roads.

Keith Frymore, a 21-year-old security guard, had a torn lip. He told the AP a group of uniformed soldiers attacked him at work.

Shops running out of bread

Other hungry Harare residents who ventured out seeking food have reported being tear-gassed by police. Soldiers were still controlling long fuel lines in the capital on Friday, and many wary residents stayed at home. 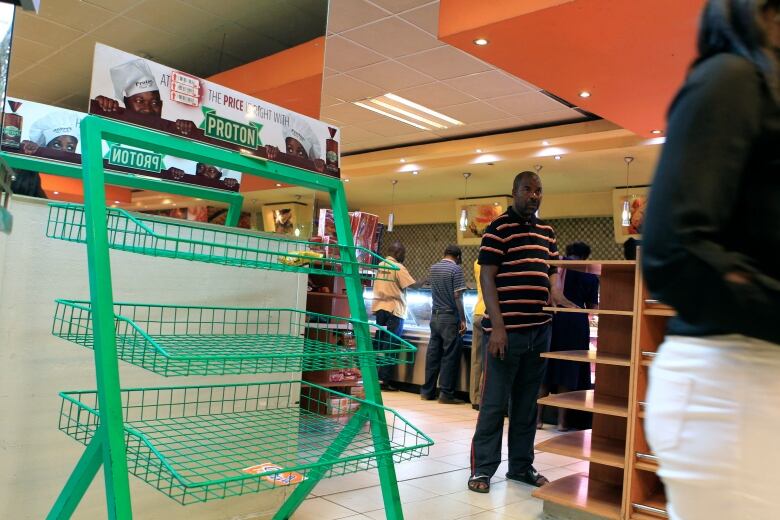 A man stands in a shop after failing to find bread in Harare on Friday. (Tsvangirayi Mukwazhi/Associated Press)

Zimbabweans had briefly rejoiced when Mnangagwa succeeded Mugabe, who was forced out in late 2017, thinking the new president would deliver on his refrain that the country “is open for business.” But frustration has risen over the lack of improvement in the collapsed economy, which doesn’t even have a currency of its own.

The internet shutdown cuts off crucial access to the mobile money that Zimbabwe’s government uses to pay teachers and other public workers. Some said they can no longer afford fares for public transport, and some shops have run out of basics such as bread.

Death tolls in this week’s unrest have varied. Eight people were killed when police and military fired on crowds, Amnesty International said. Zimbabwe’s government said three people were killed, including a policeman stoned to death by an angry crowd. 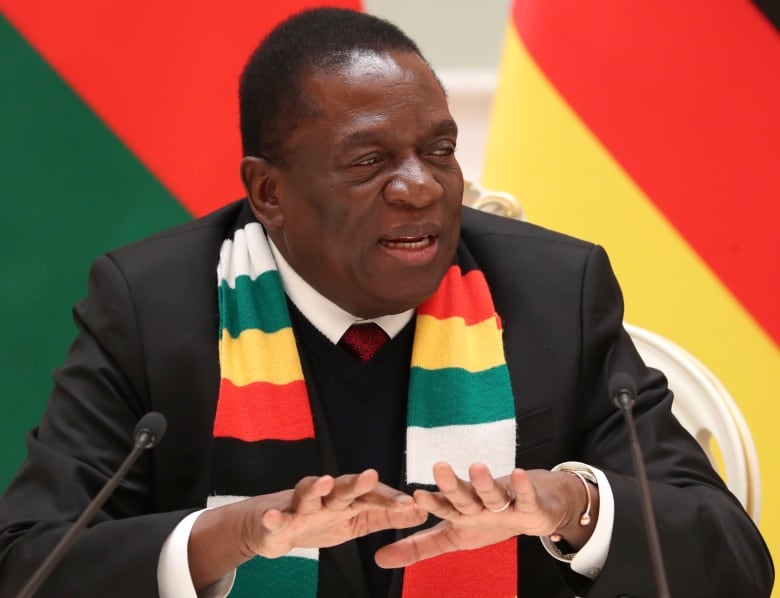 But among those arrested are several ruling ZANU-PF party community leaders as well as a soldier and a police officer.

The U.K.’s minister for Africa, Harriett Baldwin, has summoned Zimbabwe’s ambassador to discuss “disturbing reports of use of live ammunition, intimidation and excessive force” against protesters.

The European Union, in a statement late Thursday, noted the “disproportionate use of force by security personnel” and urged that internet service be restored.

Canada updated its travel advisory for the country on Thursday, warning access to food and fuel is limited, and an increased police presence should be expected in all major urban centres.

Post Views: 520
Want To Change Your Life? Start Earning Up To $5,000 Per Week After Watching This Video. Click Here!
Related Topics:crackdowninternetShutdownTotalviolentZimbabwe
Up Next

For the good of the planet, can we curb our addiction to road salt?