Matt Scrafford’s job involves getting up close and personal with a notoriously elusive animal.

He studies wolverines, and is currently working on a project that involves live-trapping, and tracking the animals near the town of Red Lake in northwestern Ontario.

It’s not easy to do — to say wolverines keep to themselves would be an understatement — but that’s what Scrafford loves about the job.

“Just the challenge of working with a species that’s so low-density, so reclusive,” he said. “Wolverines are really hard to find and so there’s an element of challenge to that that’s really exciting for me.” 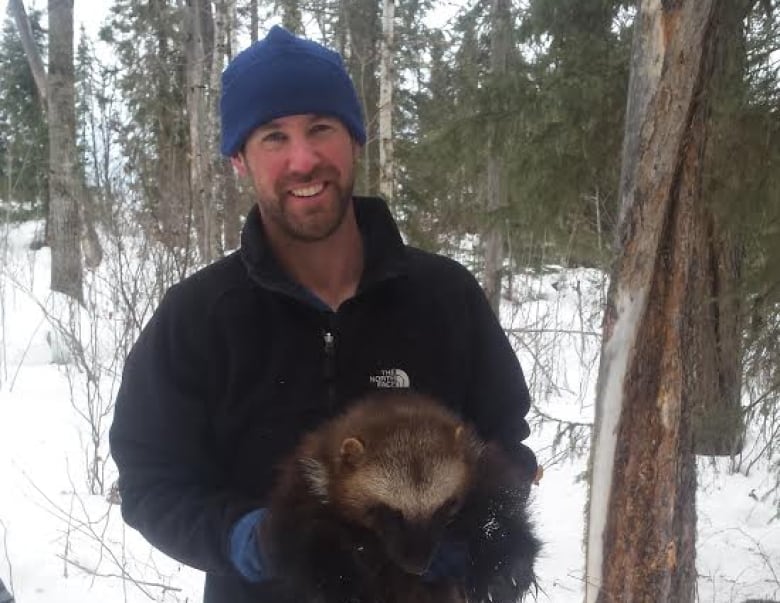 Scrafford says five animals have so far been tagged as part of the northwestern Ontario study. The animals, which have a reputation for being ferocious, are sedated before being handled, ‘I have the upper hand there,’ Scrafford said, ‘if that wolverine was not anesthetized, I would not have the upper hand.’ (Wildlife Conservation Society Canada)

The animals are also still relatively poorly understood, he said, which is what makes his current work, as a wolverine conservation scientist with the Wildlife Conservation Society of Canada, so important.

He’s trying to get a handle on the animal’s population numbers and demographic patterns in order to better understand how to manage the habitat of the species, which is threatened in Ontario.

The work involves anesthetizing the animals and fitting wolverines with GPS collars, which transmit information about their location every several hours, so researchers get a “fine detailed understanding of where the wolverine’s spending its time,” he said.

Researchers get a sense of where dens are located, and how wolverines are moving on the land relative to other things such as forestry operations and roads.

A very handsome wolverine that made some substantial dispersal movements soon after this video was taken. <a href=”https://t.co/ldjDQhBTdA”>pic.twitter.com/ldjDQhBTdA</a>

“If we have that type of information we can manage populations to help with growth. If populations grow we could potentially take them off of the endangered species list here in Ontario,” he said.

How do you trap a wolverine?

But before the wolverines can be collared, they need to be caught.

To do that Scrafford and his colleagues work with local trappers, who give them advice on good spots to set up the live traps, which are sometimes constructed in the field using logs, and are baited with beaver meat. 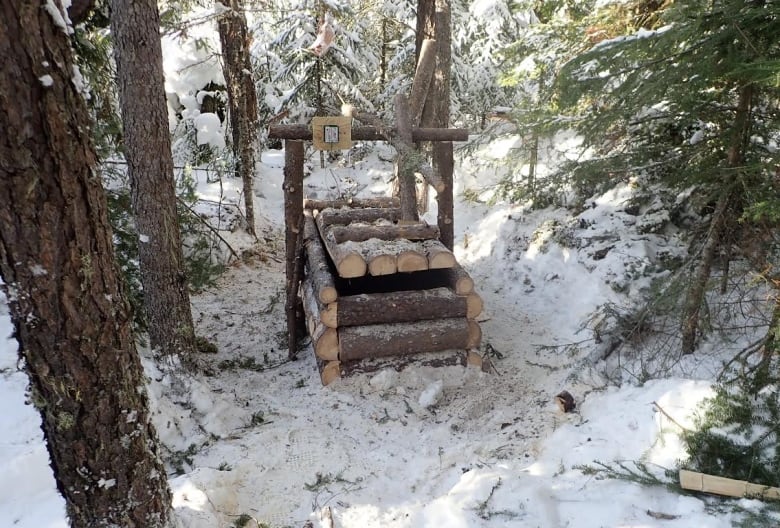 In order to trap the wolverines, log traps like this one are constructed in the field, and baited with meat — often beaver. The traps must have sturdy walls, said researcher Matt Scrafford, or else the animals will be able to get out. When they enter the trap the lid will close, and researchers are notified immediately. (Wildlife Conservation Society Canada)

When a scavenger jumps in, the lid closes, and Scrafford and his colleagues immediately receive a notification. The researchers will be located in a cabin nearby, he said, and snap into action to reach the site — usually by snowmobile — within the span of about an hour.  Animal welfare is paramount, he said, so when a trap is triggered the researchers respond at any time of day or night.

They have this low, just guttural grumble that can kind of just send … shivers up your spine– Matt Scrafford

If a wolverine is inside, it’s not hard to tell. Their distinctive sound can be heard from a distance of about 10 metres, he said.

“They have this low, just guttural grumble that can kind of just send kind of shivers up your spine … you know I’ve worked with 70 or 80 different individual wolverines and every time I walk up to the trap and there’s a new individual in there making that noise it still does the same thing for me that it did the first time that I heard it.”

In addition to live trapping the animals, the researchers are also capturing images of them using cameras set up at stations in the woods.

Across from those stations is a piece of meat, hanging from a tree, and strategically placed so that when a wolverine reaches for it, the animal exposes its chest pattern. Those patterns, unique to each animal, are like calling cards.

“It’s kind of like a human fingerprint,” Scrafford said, adding that the photos then help them to estimate population numbers.

Wolverines have unique chest patterns. Some are elaborate and others a bit boring. I always thought M17’s pattern resembled a splayed out wolverine with a nice bushy tail. <a href=”https://t.co/6C7yO0kwuE”>pic.twitter.com/6C7yO0kwuE</a>

Since the study was launched in 2018, Scrafford says they’ve managed to collar five wolverines – four males and one female. He said he hopes the study will go on for another year or two, so they can increase that number, and get a good sense of how the animals are faring on the boreal shield.

For Scrafford, who also did PhD research on wolverines in Alberta, working with the animals is a dream job.

“They’re furry and they’re fluffy and handsome and [they’ve] got lots of personality,” he said, “and they’re pretty cool critters.” 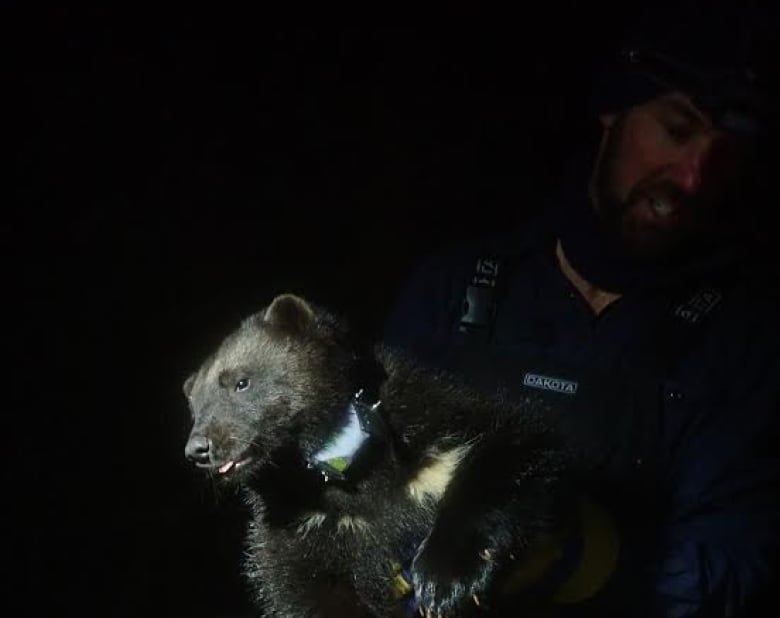 Matt Scrafford holds an immobilized wolverine being tagged for study. Animal welfare is paramount, he said, so when a trap is triggered the researchers respond at any time of day or night. (Wildlife Conservation Society Canada)

Post Views: 363
Want To Change Your Life? Start Earning Up To $5,000 Per Week After Watching This Video. Click Here!
Related Topics:
Up Next