Navy divers have recovered the cockpit voice recorder of a Lion Air jet that crashed into the Java Sea in October, Indonesian officials said Monday, in a possible boost to the investigation into why the two-month-old plane nosedived at high velocity, killing all 189 people aboard.

Ridwan Djamaluddin, a deputy maritime minister, told reporters that remains of some of the people who died in the crash were also discovered at the seabed location.

The device was transported to a port in Jakarta, where it will be handed over to the transportation safety committee, which is overseeing the accident investigation.

“This is good news, especially for us who lost our loved ones,” said Irianto, the father of Rio Nanda Pratama, a doctor who died in the crash. “Even though we don’t yet know the contents of the CVR, this is some relief from our despair.” 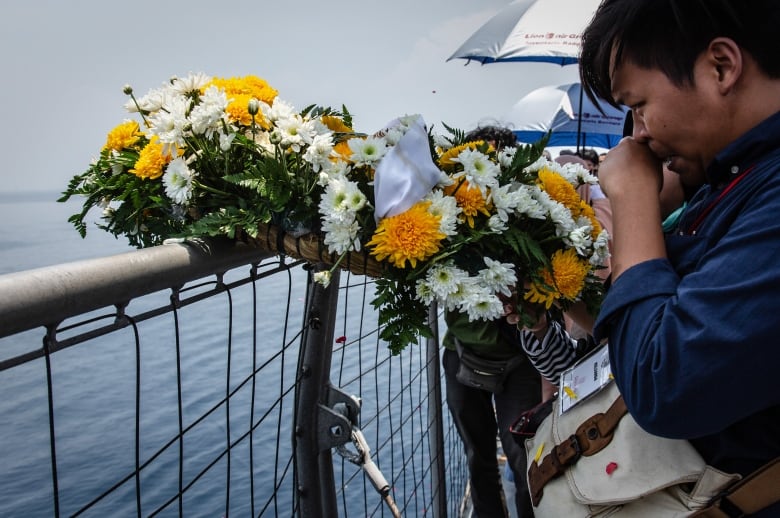 A family member of one of the victims of Lion Air flight JT 610 throws a bouquet of flowers on deck of Indonesian Navy ship KRI Banjarmasin during visit Nov. 6 and pray at the site of the crash in Karawang, Indonesia. (Ulet Ifansasti/Getty Images)

TheBoeing 737 MAX 8 jet plunged into the Java Sea just minutes after taking off from Jakarta on Oct. 29.

The cockpit data recorder was recovered within days and showed the jet’s airspeed indicator had malfunctioned on its last four flights.

If the voice recorder is undamaged, it could provide valuable additional information to investigators.

Data from a preliminary investigation report, which didn’t state any conclusions, showed the plane’s nose pointed down 26 times on its fatal 11-minute flight despite repeated efforts by the pilots to manually aim the nose higher.

Rear Adm. Harjo Susmoro, head of the navy’s Center for Hydrography and Oceanography, said the voice recorder was found just 50 metres from where the data recorder was located.

He said the voice recorder’s signal, designed to last 90 days following a crash, would have stopped in about 15 days. 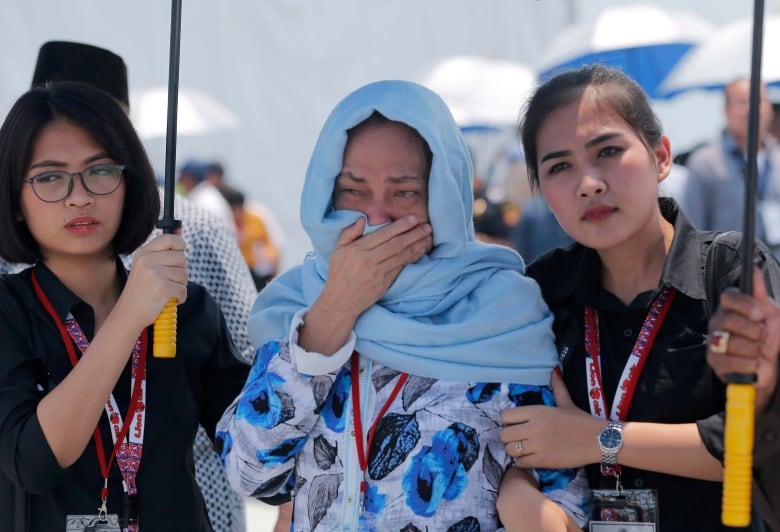 Relatives have been clamouring for answers since the deadly crash. (Tatan Syuflana/Associated Press)

The family of one of the pilots, 41-year-old Harvino, has sued Boeing Co. in Chicago, alleging that aircraft sensors provided inaccurate information, causing the plane to nosedive, and that Boeing failed to provide proper training to pilots on the 737 MAX 8’s features.

The Lion Air crash was the worst airline disaster in Indonesia since 1997, when 234 people died on a Garuda flight near Medan. In December 2014, an AirAsia flight from Surabaya to Singapore plunged into the sea, killing all 162 aboard.

Lion Air is one of Indonesia’s youngest airlines but has grown rapidly, flying to dozens of domestic and international destinations. It has been expanding aggressively in Southeast Asia, a fast-growing region of more than 600 million people.

Post Views: 376
Want To Change Your Life? Start Earning Up To $5,000 Per Week After Watching This Video. Click Here!
Related Topics:
Up Next

Post Views: 3,575
Want To Change Your Life? Start Earning Up To $5,000 Per Week After Watching This Video. Click Here!
Continue Reading