Eager campers snatched up Banff campsites at a rate of 90 per minute on Wednesday morning, overwhelming Parks Canada’s computer servers and frustrating would-be visitors who say they were often frozen out of the online booking system.

Summer reservationsÂ for frontcountry campsites in Banff National Park opened at 8 a.m. on Wednesday. By 10:30 a.m.,Â a record 13,521 bookings had been made, Parks Canada says.

That exceeds the 10,292 bookings that were made on the entire first day of reservations last year.

“It would give me errors like ‘This site is unavailable’ or it would tell me I had to log in again,” he said.

“At one point, I had a site selected at Two Jack Lake and IÂ put in my credit card details and hit submit and it just hung, hung, hung. Nothing happened.”

Eventually, he managed to secure a campsite for himselfÂ â and then scoop up another one for his friend.Â He said more sites suddenly came available an hour after the reservations opened, which he figures was due to the system releasing sites that had been tentatively booked by other users who didn’t manage to get through the payment process.

“I guess I have more patience than most,” Kwadrans said. “And so I kept attempting to book a site while others probably just walked away.” 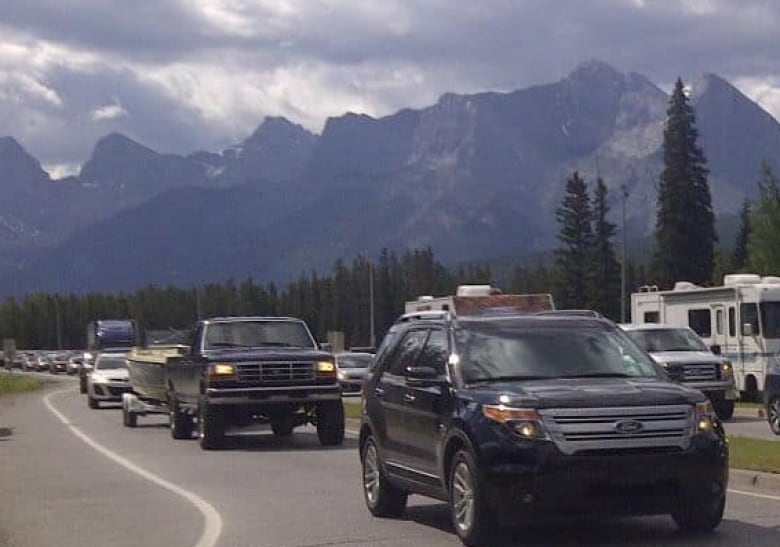 Cars line up outside the east gate to Banff National Park. (CBC)

Joe Bowser was one of those who gave up.

The Vancouver resident is planning a trip through both Jasper and Banff this summerÂ but said he couldn’t finalize his booking for a Banff campsite Wednesday morningÂ due to the website freezing.

“I had it selected but then I couldn’t get to pay,” he said.

He eventually quit trying because he had to leave for work. He said he still plans to make the trip to Alberta this summer but will look for campsites in provincial parks or other accommodations outside of Banff.

GregÂ Danchuk, visitor experience manager at Banff National Park, said “there was a problem for a short time” when the reservations opened that resulted in “many inconvenienced people,” but most of the issues with the website were resolved within a couple of hours.

“So the system was working, in the end,” he said.

Danchuk said Parks Canada has continued to improve and refine the online booking system and has taken steps to spread out the demand, such as staggering the opening dates for reservations in the most popular parks.

Jasper, he noted, opened for bookings on Tuesday, and he said the process went relatively smoothly.

Reservations are also accepted by phone, Danchuk said, but only “a very small percentage” of bookings are made that way.

“It’s really hard to get through,” he said. “There’s only so many operators and each operator can only do one at a time.”

There are 2,400 frontcountryÂ campsites in Banff National Park, DanchukÂ said,Â and the vast majority can be booked through the reservation system.

Prior to 2006, he said, campsites were booked on a first-come, first-served basis, but Parks Canada moved away from that because it led to long lineups and disappointed people who were turned away with no alternative accommodations available.

The surge in online traffic mirrors a growth in physical traffic through Banff National Park.

The park recorded nearly 4.2 millionÂ visitors in its 2017-18 fiscalÂ year, which runs from April 1 to March 31. That was up three per cent from the year before.

Other national parks are not nearly as busy.

Bowser said he managed to book a campsite atÂ Pacific Rim National Park Reserve on Vancouver Island earlier this year but, when it comes to Banff, there’s simply too many people trying to visit.

He said Parks Canada could make things better by staggering the opening day for reservations within Banff, itself, rather than making all the campsites available at once.

Danchuk said the agency would consider that.

“We could do that way in the future,” he said. “We’ll certainly look at it.” 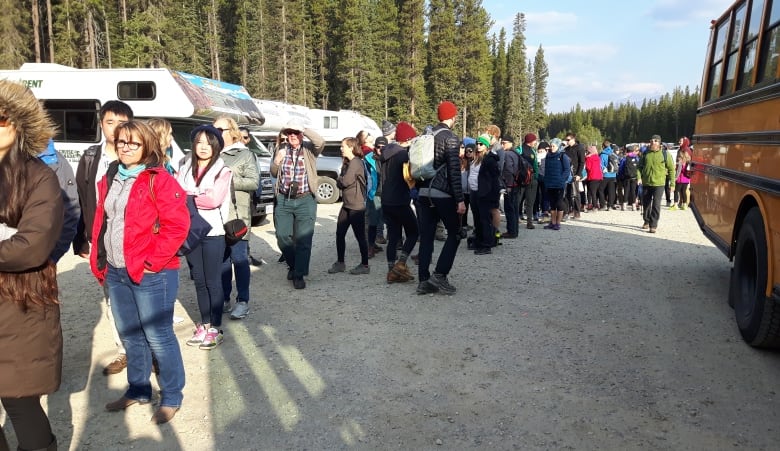 For Kwadrans, who regularly makes trips to from Calgary to Banff, the number of visitors to the park “is getting a little bit ridiculous.”

“From a user’s experience, it’s not great,” he said. “There’s too many cars, too many people.”

Danchuk said it’s something Parks Canada is trying to address, in general.

“Camping in Canada is a very popular activity,” he said.

Post Views: 442
Want To Change Your Life? Start Earning Up To $5,000 Per Week After Watching This Video. Click Here!
Related Topics:
Up Next

Post Views: 3,611
Want To Change Your Life? Start Earning Up To $5,000 Per Week After Watching This Video. Click Here!
Continue Reading