The world’s oceans are rising in temperature faster than previously believed as they absorb most of the world’s growing climate-changing emissions, scientists said Thursday.

Ocean heat — recorded by thousands of floating robots — has been setting records repeatedly over the last decade, with 2018 expected to be the hottest year yet, displacing the 2017 record, according to an analysis by the Chinese Academy of Sciences.

That is driving sea level rise, as oceans warm and expand, and helping fuel more intense hurricanes and other extreme weather, scientists warn.

The warming, measured since 1960, is faster than predicted by scientists in a 2013 Intergovernmental Panel on Climate Change report that looked at ocean warming, according to the study, published this week in the journal Science.

“It’s mainly driven by the accumulation of greenhouse gases such as carbon dioxide in the atmosphere due to human activities,” said Lijing Cheng, a lead author of the study from the Chinese Academy of Sciences.

The increasing rate of ocean warming “is simply a signature of increasing greenhouse gases in the atmosphere,” Cheng said. 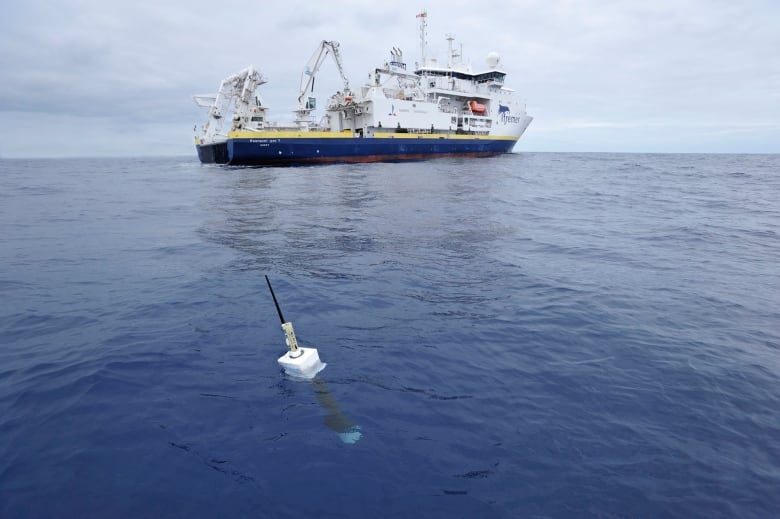 The Argo system uses almost 4,000 drifting ocean robots that dive to a depth of 2,000 metres every few days, recording temperature and other indicators as they float back to the surface. (Argo)

Leading climate scientists said in October that the world has about 12 years left to shift from still rising emission toward cleaner renewable energy systems, or risk facing some of the worst impacts of climate change.

Those include worsening water and food shortages, stronger storms, heat waves and other extreme weather, and rising seas.

For the last 13 years, an ocean observing system called Argo has been used to monitor changes in ocean temperatures, Cheng said, leading to more reliable data that is the basis for the new ocean heat records.

The system uses almost 4,000 drifting ocean robots that dive to a depth of 2,000 metres every few days, recording temperature and other indicators as they float back to the surface.

Through the data collected, scientists have documented increases in rainfall intensity and more powerful storms such as hurricanes Harvey in 2017 and Florence in 2018.

Cheng explained that oceans are the energy source for storms, and can fuel more powerful ones as temperatures — a measure of energy — rise.

Storms over the 2050-2100 period are expected, statistically, to be more powerful than storms from the 1950-2000 period, the scientist said.

Cheng said that the oceans, which have so far absorbed over 90 per cent of the additional sun’s energy trapped by rising emissions, will see continuing temperature hikes in the future. 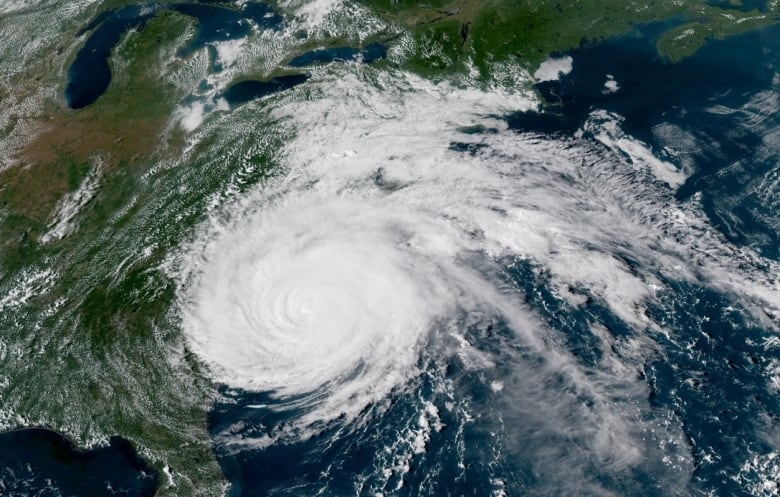 Through the data collected, scientists have documented increases in rainfall intensity and more powerful storms such as hurricanes Harvey in 2017 and Florence, seen in a NOAA satellite image, in 2018. (NOAA)

Because the ocean has large heat capacity it is characterized as a “delayed response” to global warming, which means that the ocean warming could be more serious in the future,” the researcher said.

If the targets of the Paris deal to hold warming to “well below” 2 degrees Celsius, or preferably 1.5 C can be met, however, expected damage by 2100 could be halved, Cheng said.

For now, however, climate changing emissions continue to rise, and “I don’t think enough is being done to tackle the rising temperatures,” Cheng said.

Post Views: 384
Want To Change Your Life? Start Earning Up To $5,000 Per Week After Watching This Video. Click Here!
Related Topics:
Up Next