The holiday season has sparked another round of wireless wars: Rogers, Bell and Telus are all offering double the data (or more) on select mobile plans across the country.

But not all customers are thrilled because of glaring regional price differences: the best bonus-data deals by far are in Quebec, Manitoba and Saskatchewan — provinces which typically see better wireless plan prices.

“It’s pretty unfair,” said Matthew Warren, of Lansdowne, Ont., who signed up in August for a Rogers plan with 2 gigabytes (GB) of data for $75 a month.

For the same price, customers in Saskatchewan and Manitoba right now can get plans with 20 or 22 GB of data from the big three telcos.

Customers in those provinces can also score a plan with 30 or 31 GB for $85 a month, while in most of the rest of Canada $80-$85 will currently buy a monthly plan from the big three with just 5 GB of data — and that’s the bonus plan.

Rogers wireless deals in Saskatchwan are offering double the data (or more) on these plans for a limited time. (Rogers)

The exception is Quebec where the big three telcos are offering big bargains such as a monthly mobile plan with 12 GB for $64 a month.

The special offers are for a limited time, don’t include a phone and only apply to people activating new accounts or upgrading their device.

When asked about provincial price differences, the big three said they offer various competitive promotions in different regions, especially during the holidays.

Telus also said competition and network costs are a factor in pricing.

“In every market our plans are priced to balance the highly competitive nature of the telecom sector against the significant investment required to build and maintain” our networks, spokesperson Page Casmiro said in an email to CBC News.

Unveiled this week, the data-only deals include 1 GB on the high-speed network for between $28 and $30 a month with the big three’s discount brands Virgin Mobile (Bell), Fido (Rogers) and Koodo (Telus). Fido’s plan includes unlimited texting.

Meanwhile, residents in Quebec can get a better deal with a current promotion from the same discount brands: a phone plan with 3 GB — three times the data — plus unlimited Canada-wide calling for just $35 a month.

A Koodo ad promoting a phone deal with 3 GB of data for $35 a month for Quebec residents only. (Koodo)

“The fact that they’re able to give that right now in Quebec — that’s what the CRTC should mandate across Canada.”

Bell and Rogers pointed out that the Quebec deal is a limited-time promotion, whereas the new low-cost data-only plans are part of the regular offering.

Mobile customer Warren, of Lansdowne, is also perturbed by the provincial price differences, especially considering Ontario has the biggest population in Canada.

“The customers are in greater numbers there, so they should have the same access to good deals,” said the 16-year-old, who shares the cost of his plan with his mom.

Following an investigation, Canada’s Competition Bureau concluded in 2017 that wireless pricing in Saskatchewan, Manitoba and Quebec “is substantially lower than in the rest of Canada” due to the presence of a strong regional competitor in each of those markets.

The competitors at the time were Vidéotron in Quebec, Sasktel and Manitoba Telecom Services (MTS). Since that time, Bell has taken over MTS.

But tech expert Daniel Bader says MTS was a strong regional player that has left a legacy of competitive pricing.

“This is what consumers expect in Manitoba — as well as Saskatchewan and Quebec — and they won’t stand for anything less.”

In other provinces, customers are more accustomed to higher prices, said Bader, a managing editor with tech site Mobile Nations.

Low-cost competitor Freedom Mobile, which rebranded in 2016 from what was Wind Mobile, did prompt Rogers, Bell and Telus to offer a $60 10 GB monthly plan in December 2017 in Ontario, B.C. and Alberta. However, that deal was short-lived.

Do we may too much?

“The only true solution to this is to bring more players in the marketplace,” said executive director Laura Tribe.

A new price-comparison study commissioned by the government found that although domestic mobile plan prices generally decreased this year compared to 2017, those prices are still often higher than plans in other G7 countries and Australia. 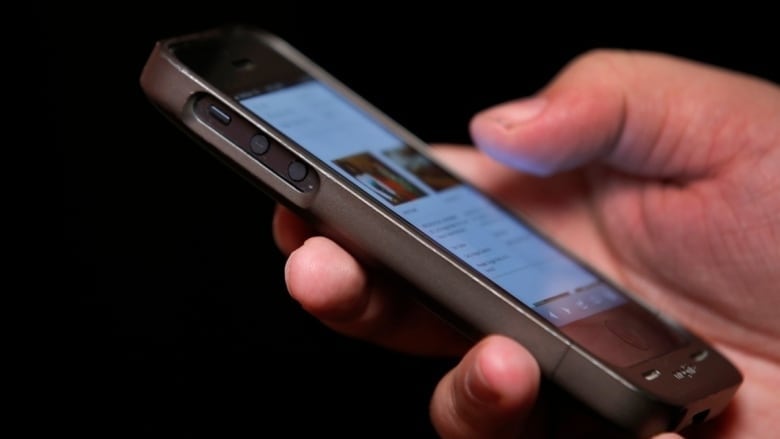 A new federal government report says that Canadians continue to pay some of the highest mobile plan prices in the industrialized world. (CBC)

However, a new counter-report funded by Telus claims the annual government-commissioned study uses flawed methodology because it doesn’t factor in variables such as promotions, contract terms and population density.

When those variables are taken into account, the counter-report said, Canadians generally pay cheaper prices than what the same plan would cost in other industrialized countries.

It also found that, overall, there wasn’t much difference in regional pricing in Canada.

“The [Canadian telecom] markets under study are competitive and hence do not require regulatory intervention,” concluded the report by research firm NERA Economic Consulting.

Post Views: 412
Want To Change Your Life? Start Earning Up To $5,000 Per Week After Watching This Video. Click Here!
Related Topics:bargainsbigbonusdataDealsOfferprovincestelcos
Up Next

Post Views: 65
Want To Change Your Life? Start Earning Up To $5,000 Per Week After Watching This Video. Click Here!
Continue Reading

Post Views: 331
Want To Change Your Life? Start Earning Up To $5,000 Per Week After Watching This Video. Click Here!
Continue Reading

Post Views: 282
Want To Change Your Life? Start Earning Up To $5,000 Per Week After Watching This Video. Click Here!
Continue Reading