China called the U.S. arrogant and selfish on Friday after two Chinese citizens were charged with stealing American trade secrets and other sensitive information on behalf of Beijing’s main intelligence agency.

Foreign Ministry spokesperson Hua Chunying said “the Chinese government has never participated in or supported anyone in stealing trade secrets in any way.”

She accused the U.S. of undermining the development of other countries in order to defend its own hegemony.

“The U.S. is a world superpower, and it’s quite arrogant and selfish,” she said during a regular media briefing.

The U.S. Justice Department announced Thursday the indictment of Chinese nationals Zhu Hua and Zhang Shilong for allegedly carrying out an extensive cyberespionage campaign against government agencies and major corporations.

Besides the alleged U.S. infiltration, Zhu and Zhang are also accused of breaching computers linked to companies in at least 11 other countries, including Canada, Japan, the United Kingdom and India.

More than 90 per cent of Justice Department economic espionage cases over the past seven years involve China, said Deputy Attorney General Rod Rosenstein, and more than two-thirds of trade secrets cases are connected to the country.

“China’s state-sponsored actors are the most active perpetrators of economic espionage,” FBI Director Chris Wray said in announcing the case. “While we welcome fair competition, we cannot and will not tolerate illegal hacking, stealing or cheating.”

Hua, the Foreign Ministry spokesperson, said: “They believe that a lie repeated a thousand times will become the truth, but I want to tell them that a lie is still a lie even after it has been repeated ten thousand times.”

In a written statement issued earlier Friday, she said the U.S. was “fabricating facts.”

The whereabouts of Zhu and Zhang are unclear. China does not have an extradition treaty with the U.S. 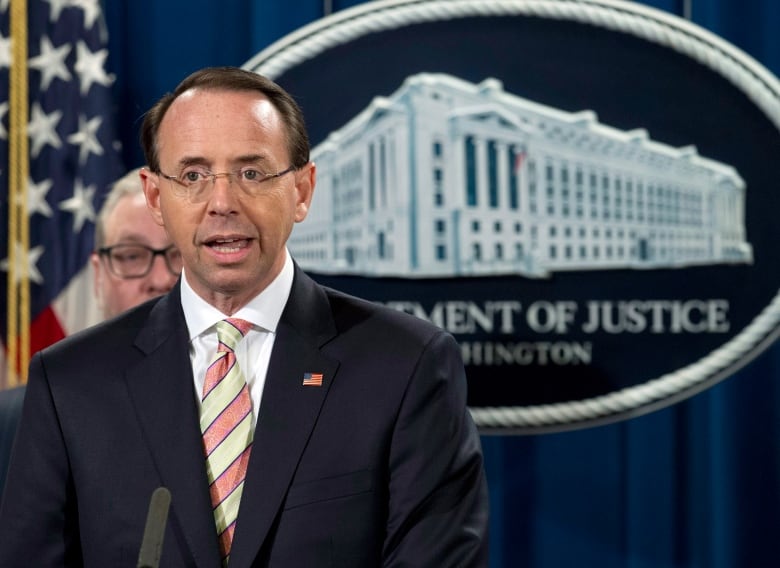 “There is some co-operation under the framework of Interpol, but if the Chinese government doesn’t agree with the U.S. charges, there is no way to extradite the accused,” said Li Fangping, a Beijing-based criminal lawyer.

Li said that if Zhu and Zhang travel to other countries that have signed treaties with the U.S., they could be detained for possible extradition, as was the case with Chinese tech executive Meng Wanzhou’s recent arrest in Canada.

The indictment says the pair worked for the Huaying Haitai Science and Technology Development Company in Tianjin and acted in association with the Chinese Ministry of State Security’s bureau in the northeastern port city.

A public company registry says that Huaying Haitai’s work includes the development of computer software, consulting and business related to a variety of technical equipment.

Among the cyberespionage manoeuvrs detailed in the indictment is the alleged use of a phishing technique which sent emails that appeared to be coming from legitimate email addresses but were in fact from members of Advanced Persistent Threat 10, the China-based hacking group to which Zhu and Zhang purportedly belong.

James Gong, a cybersecurity senior associate at the Herbert Smith​ Freehills law firm in Beijing, said the mere announcement of charges is likely to affect public perception of China.

“The allegation itself will give rise to some suspicion, at least, among the international public, that these hacking activities are actually supported by the Chinese state,” he said.

Post Views: 380
Want To Change Your Life? Start Earning Up To $5,000 Per Week After Watching This Video. Click Here!
Related Topics:arrogantcallsChinahackingindictmentselfish
Up Next

Gatwick airport reopens after drone disruption, but delays expected to drag on

Bear sightings later into winter season could be the new norm, says expert