The agency started collecting data for in-store and online sales from cannabis retailers as of Oct. 17, when fresh or dried bud, oil, plants and seeds became legal for recreational use in the country.

The first set of data released Friday as part of the agency’s broader monthly retail trade figures only encompassed two weeks, but will reflect a complete reference month in the future.

The agency says retail figures will vary as new stores continue to come online and the marketplace evolves.

Ontario led the way with more than $11 million in sales, with Quebec just behind at more than $10 million.

Data for Nunavut was unavailable, and figures for Manitoba, Yukon and Northwest Territories were withheld, citing privacy concerns. Despite its small population, P.E.I. sold more pot per capita than any other province, with more than $8 worth of marijuana sold in those two weeks for every person in the province.

Recreational pot supply shortages have been a persistent problem since legalization, with Prime Minister Justin Trudeau recently calling the supply shortfall the biggest challenge associated with the change. He noted, however, that he expects the problem to disappear within a year. 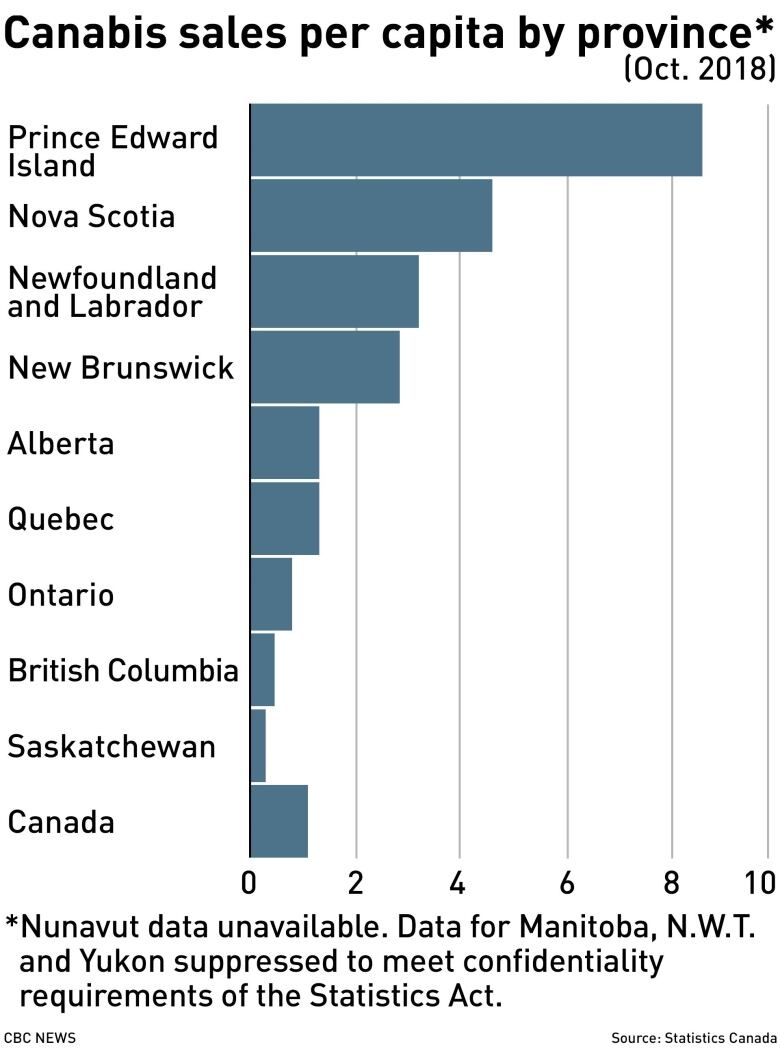 Edibles have yet to be allowed to be legally sold, but Health Canada released draft regulations Thursday for the sale of edibles. They will become legal no later than Oct. 17, 2019.

The regulations, which ask for public input until Feb. 20, would restrict the sale of cannabis-infused booze, and packaging or labelling beer or wine products together with cannabis.

The regulations propose restrictions on ingredients that could make the products more appealing to children, as well as requiring plain and child-resistant packaging that displays a standard cannabis symbol with a health warning.

Post Views: 370
Want To Change Your Life? Start Earning Up To $5,000 Per Week After Watching This Video. Click Here!
Related Topics:BoughtCanadiansLegalizationmarijuanaweeksworth
Up Next

Finance Department predicts federal budget will be balanced by 2040

Post Views: 414
Want To Change Your Life? Start Earning Up To $5,000 Per Week After Watching This Video. Click Here!
Continue Reading

Post Views: 432
Want To Change Your Life? Start Earning Up To $5,000 Per Week After Watching This Video. Click Here!
Continue Reading