Chocolate milk has become politicized in recent months with the discussion around chocolate milk restrictions in schools. And one health expert argues the polarized debate might be harming public health advocacy.

“Would you rather have kids have some calories in their stomach or none? You need the calories to start with,” he said in a CBC Radio interview.

New Brunswick became the epicentre of the chocolate milk debate this year when the previous Liberal government restricted the sale of the beverage in schools.

It was such a contentious issue that the Progressive Conservative Party of New Brunswick campaigned on bringing it back in the September 2018 provincial election.

They won the election with a minority and chocolate milk has since returned to schools throughout the province.

A similar debate played out in the United States when Obama-era restrictions on chocolate milk in school lunch programs were overturned this fall by U.S. President Donald Trump.

It’s all a little much for Dr. Yoni Freedhoff, a bariatric doctor who specializes in medical weight management and a passionate advocate for better obesity and nutrition policy.

He says chocolate milk has become a pawn in a left vs. right political battle. 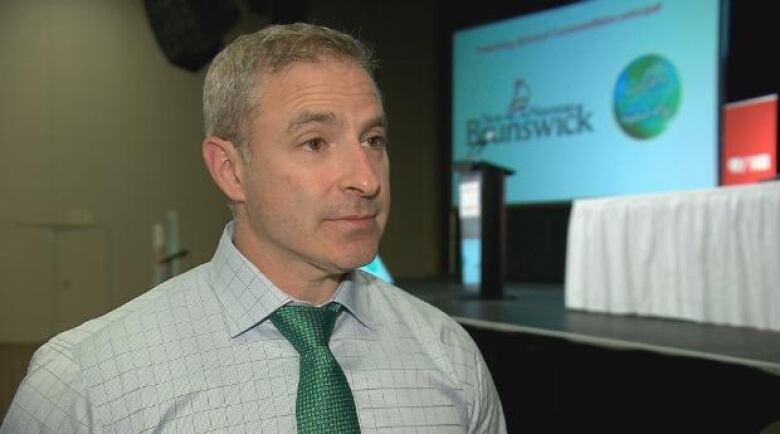 “Politics is not about the best interest of the public. It’s about getting elected. That’s cynical, but I think it’s truthful,” said Freedhoff. “If the public can be stirred up to oppose a policy, that in itself is smart, thoughtful policy … If the public isn’t behind that, the politicians won’t be behind that. Because if you’re not behind what the public wants, you might not get elected.”

For a guy who has spent a career advocating for public health policy changes based on evidence, the current political divide on chocolate milk is a bit frustrating.

‘A nonsensical argument’ not supported by health or science

As milk has become an indicator of people’s position on the political spectrum, Freedhoff says public health advocacy becomes an uphill battle.

“It’s a bit sad-making really,” said Freedhoff. “I think, in some cases, people are being manipulated to believe that milk is a magical beverage and that putting sugar in milk is important if your child doesn’t drink regular milk, which is akin to suggesting that if your child doesn’t like apples, you should serve them apple pie. It’s a nonsensical argument. It’s certainly not one that’s supported in the context of health or science.”

Despite what most public health advocates say about chocolate milk, it’s back on some menus — for now.

While the current version of Canada’s Food Guide suggests chocolate milk as a reasonable option, the latest version, which is currently in the works, is expected to remove it.

Early drafts of the new guide promote water as the best option for healthful hydration.

Post Views: 375
Want To Change Your Life? Start Earning Up To $5,000 Per Week After Watching This Video. Click Here!
Related Topics:chocolatedivisiveissueMilkudderly
Up Next

Sicilian Feast of the Seven Fishes for Christmas Eve

Post Views: 56
Want To Change Your Life? Start Earning Up To $5,000 Per Week After Watching This Video. Click Here!
Continue Reading

Post Views: 74
Want To Change Your Life? Start Earning Up To $5,000 Per Week After Watching This Video. Click Here!
Continue Reading