What does $15 million mean to the daughter of a Chinese telecom billionaire? And what kind of hold will two Vancouver properties — no matter how pricey — exert on her husband?

After two days of argument in B.C. Supreme Court, the answers to those questions are likely to prove crucial Tuesday as a judge decides whether or not to grant bail to Huawei Technologies chief financial officer Meng Wanzhou.

Justice William Ehrcke reserved judgment on a proposal for the 46-year-old’s release Monday after a day of arguments stressing the unique nature of a situation resulting in the spectacle of one of China’s most powerful women bargaining for her freedom as she awaits possible extradition to the United States for allegedly violating trade sanctions against Iran.

“They could lose 15 million and go on with their life, and their lifestyle wouldn’t be appreciably different.” Ehrcke noted as he asked questions of Crown and defence lawyers at the end of the day.

“I want all the help that counsel can give me.”

‘I say that is a serious offence’

According to a summary of facts filed with the court, Meng is accused of repeatedly lying to financial institutions about the relationship between Huawei and a company called Skycom that did business in Iran in violation of international sanctions. 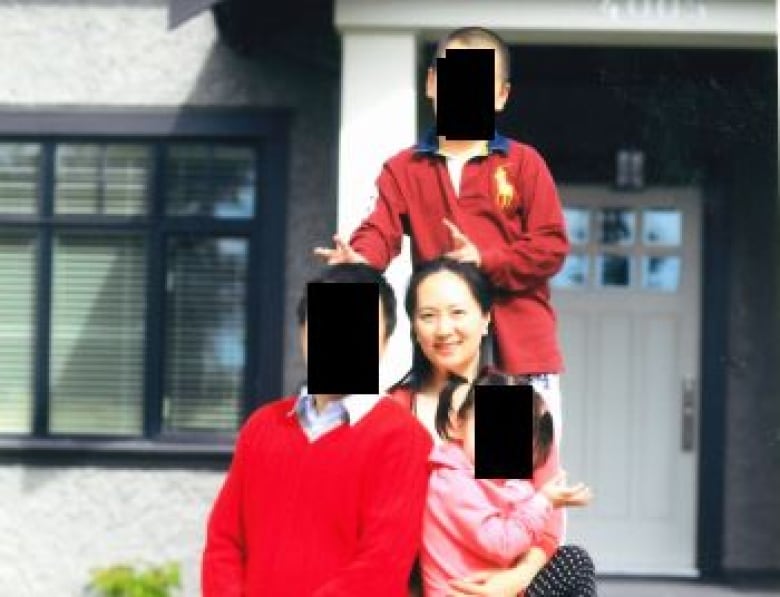 Meng poses with her family in one of a series of pictures filed in court in support of her bail application. (B.C. Supreme Court)

Meng is the daughter of Huawei founder Ren Zhengfei. She serves as deputy chairwoman of the company’s board and served on the board of Skycom in 2008 and 2009.

As a result of her alleged lies, prosecutors contend that the banks she dealt with were “induced into carrying out transactions that they otherwise would not have contemplated.” Those transactions put them on the wrong side of the international community.

“I say that is a serious offence,” said federal Crown counsel John Gibb-Carsley. “That’s assisting Iran in violation of the sanctions.”

‘Global interest will be triggered’

From the outset of the bail proceedings last week, Meng’s lawyer predicted that the stature of his client would trigger global interest in the case.

The first appearance happened in a virtually empty courtroom. CBC News has listened to a recording of the initial hearing, in which David Martin argued successfully for a temporary publication ban.

He likened the case to the arrest of Facebook chief operating officer Sheryl Sandberg. “That kind of global interest will be triggered,” he said.

A week later, a wall of cameras sat at the steps of the B.C. Supreme Court building in downtown Vancouver. Reporters from New York to Japan have requested accreditation.

The lineup to get inside the secure courtroom built for the Air India trial stretched beyond a set of concrete steps to the next floor. Students did homework as they waited.

A man who claimed he graduated from school with Meng asked if he would be able to see her from the gallery. A woman claimed she once had dinner with Meng; she was worried about the toll on her health.

‘Jailer in the community’

Inside the court, supporters and the curious packed the public gallery. Cellphones rang in violation of court rules as grim-faced sheriffs walked up and down the line telling the crowd not to take pictures.

Meng cut a strange figure when she arrived from Alouette Correctional Centre for Women in Maple Ridge.

In this courtroom sketch, Meng wears prison green sweats as she sits beside a translator during her bail hearing on Friday. (Jane Wolsak/Canadian Press)

She wore a shapeless green track suit but gave firm orders as she stood to direct an assistant who ran back and forth between the glass-enclosed prisoner’s box and the tables holding a team of Meng’s high-priced lawyers.

Her husband, venture capitalist Xiaozong Liu, sat in the front row of the public gallery a few metres away. A team of Huawei employees surrounded him.

Liu has offered to act as surety, putting up both his Vancouver homes as well as $1 million in cash, an amount totalling about $15 million.

But Martin and the judge struggled with the idea of a non-resident acting in a role described as being Meng’s “jailer in the community.”

‘There always has to be a first time’

Gibb-Carsley also doubted Liu’s ability to act as surety, given that his life — like Meng’s — is almost entirely in China.

He questioned the assertion that the couple has meaningful ties to the local community. And he also noted that many of the photographs the couple filed with the court as proof of their Canadian lives were essentially tourist snaps.

“If Ms. Meng was to flee, Mr. Liu would not be left behind,” Gibb-Carsley said. 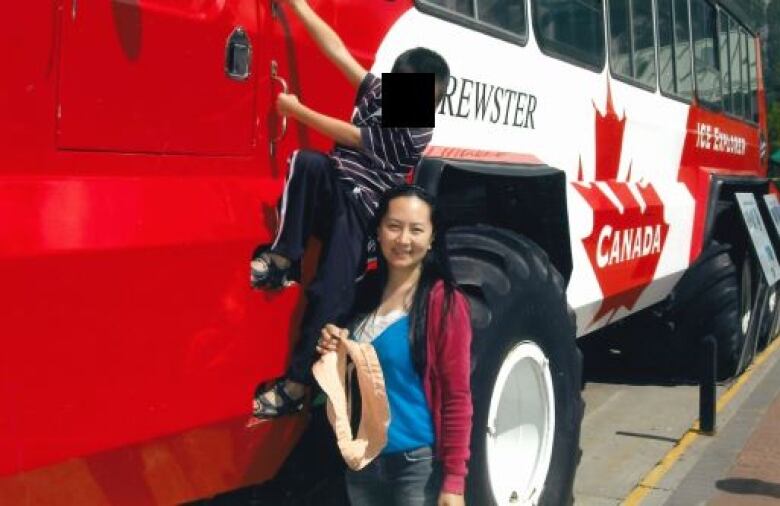 Meng poses with one of her children in a picture she filed with the court. (B.C. Supreme Court)

The plan for Meng’s potential release calls for round-the-clock physical surveillance combined with an electronic ankle monitor using GPS to mark her location. The heads of two security firms testified to the reliability of their products.

But Gibb-Carsley noted that neither man could guarantee Meng wouldn’t escape. He asked them about the possibility of their electronic systems being compromised.

No matter how remote, he later told the judge, the court couldn’t discount the possibility Meng might use her vast wealth and unique access to the world’s most popular telecommunications technology to evade her captors.

“Is that the risk the court should take?” Gibb-Carsley asked the judge.

“There always has to be a first time,” Ehrcke quipped.

Post Views: 330
Want To Change Your Life? Start Earning Up To $5,000 Per Week After Watching This Video. Click Here!
Related Topics:
Up Next

Post Views: 357
Want To Change Your Life? Start Earning Up To $5,000 Per Week After Watching This Video. Click Here!
Continue Reading