Rapper 2 Milly’s lawsuit against the makers of the wildly popular video game Fortnite is raising questions about whether unique choreography can be copyrighted.

The New York-based hip-hop artist, whose real name is Terrence Ferguson, is claiming Epic Games ripped off a signature dance move popularized in 2015 called “Milly Rock” and renamed it “Swipe it.”

“If you have the players in the game doing the ‘Milly Rock,’ I would say that’s for promotion — it kind of helps me brand myself,” said 2 Milly in a FaceTime interview from Brooklyn, N.Y. “But when you take this without permission, and you begin to sell it online, that’s when it becomes a problem for me.”

Fortnite, a free, award-winning battle royale game which has become a cultural phenomenon since it was released in 2017, includes the contentious groove as one of its “emotes,” or personalized dances. An emote allows users to individualize their avatars and can be purchased as an upgrade. These add-ons have largely contributed to the company’s massive financial gains.

According to Forbes, the game has made well over $1 billion US since its release. The dances have become a worldwide sensation, seen all over social media.

“We do not comment on ongoing litigation,” Epic Games’ public relations manager Nick Chester told CBC News in an email when asked about the claims.

“‘Milly Rock’ is my craft, my everything,” said 2 Milly. “It’s my signature move, it is me. I perform it at every show I’ve ever had, you know what I’m saying? So for them to take that actual move and throw it in the game and rename it the ‘Swipe It,’ it’s like, ‘let’s steal it from him.'”

‘Arguments on both sides’

Whether the resemblance means copyright infringement poses a unique challenge without much legal precedent.

“There are arguments on both sides,” said David Zitzerman, head of the entertainment law division at Goodman’s LLP in Toronto, who’s not involved with the lawsuit.

It’s a very well-known move within the dance industry. If I had created something like that and had known that this multi-billion dollar company is making money off something that I created, I would be furious as well.– Toronto-based choreographer Derick Robinson

He said there could be a case when it comes to what’s called publicity rights in the U.S., or personality rights under Canadian law.

“Can you say that you’ve misappropriated the persona of the rapper by taking dance moves that are very much identified by the public with that particular person?” he said.

Proving copyright infringement alone might be more difficult, however. According to directives on its website, the U.S. Copyright Office “cannot register short dance routines consisting of only a few movements or steps with minor linear or spatial variations, even if a routine is novel or distinctive.”

“That’s the kind of issue that needs to be addressed in this type of a case,” said Zitzerman.

Many of the video game’s emotes draw from famous dance moves, including Carleton’s memorable jig from the 1990s sitcom Fresh Prince of Bel-Air and Psy’s Gangnam Style pony-riding dance. 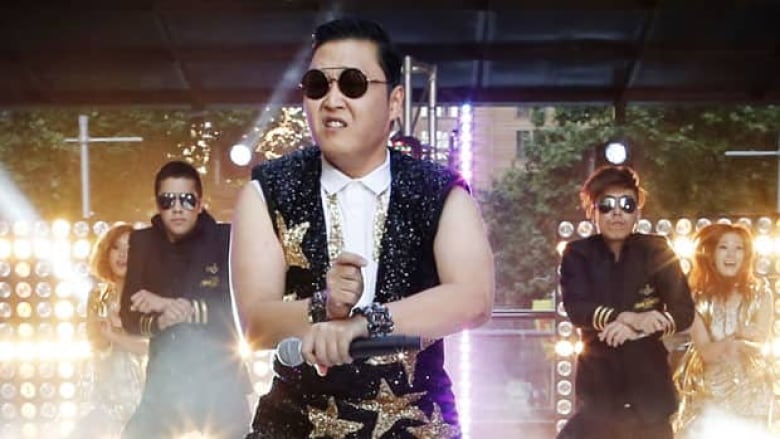 Still, 2 Milly isn’t the only one calling out the game for copying other people’s choreography. An emote called Tidy has been compared to a dance move from Snoop Dogg’s famous Drop It Like It’s Hot video.

Watch: Side-by-side comparison of Drop It Like It’s Hot vs. Tidy emote

Rapper BlocBoy JB’s Shoot dance, which was also incorporated in his Look Alive collaboration with Canadian superstar Drake, appears to have inspired the game’s Hype emote.

And a routine done on the TV sitcom Scrubs by Donald Faison’s character Dr. Chris Turk known as Fortnite‘s Dance Moves emote had the actor wondering aloud whether he should “talk to a lawyer.”

Dear fortnite… I’m flattered? Though part of me thinks I should talk to a lawyer…

Giving credit where credit is due

Chance the Rapper has taken it a step further though — calling the likenesses appropriation and imploring the video game makers to start using the rap music accompanying the original moves.

“Black creatives created and popularized these dances but never monetized them,” he posted on Twitter in July.

Fortnite should put the actual rap songs behind the dances that make so much money as Emotes. Black creatives created and popularized these dances but never monetized them. Imagine the money people are spending on these Emotes being shared with the artists that made them

Toronto-based choreographer Derick Robinson said he’s had his own experience with what he calls “plagiarism” of dance moves. He said 2 Milly’s “Milly Rock” deserves to at least be credited in the game.

“It’s a very well-known move within the dance industry,” said Robinson. “If I had created something like that and had known that this multi-billion dollar company is making money off something that I created, I would be furious as well.”

2 Milly said it’s expensive to start a law suit, especially against a major gaming company, and he isn’t seeking money or publicity. He believes creators should have an understanding built around respect.

Post Views: 354
Want To Change Your Life? Start Earning Up To $5,000 Per Week After Watching This Video. Click Here!
Related Topics:danceFortnitegamehesmakersMillymovesRapperrobbedsuingVideo
Up Next