Hundreds of previously unknown contaminants were found in a new study of polar bear blood, published in a German chemical journal this week.

There are many unexplained chemicals in human blood, as well as in wildlife and environmental samples, according to the study’s author, toxicologist Jon Martin.

“This is a polar bear story, but it’s likely a human story as well,” said Martin, with the University of Stockholm in Sweden.

To figure out what exposure to these chemicals means for human and environmental health, researchers first need to know what they are.

The study “Hundreds of Unrecognized Halogenated Contaminants Discovered in Polar Bear Serum,” published in Angewandte Chemie, identifies more than 200 new chemical compounds — 100 of which are brand new, never before reported in science.

Toxins tend to collect in the Arctic because of the cold climate, and polar bears, at the top of the ecosystem’s food chain, are likely to have high concentrations of the toxins, which is why the study focused on bears. 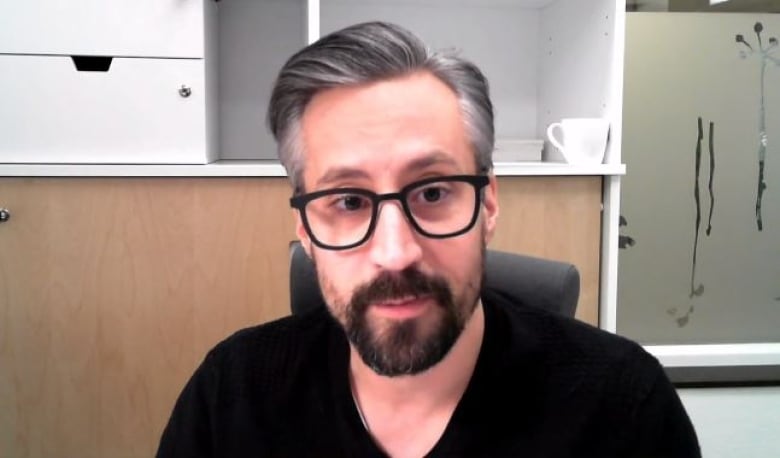 Jonathan Martin is a toxicologist at the University of Stockholm in Sweden. (Sara Frizzell/CBC)

The new chemicals were found because scientists from Canada and the United States took a different approach to looking at the blood samples.

In the past, Martin said chemicals went through several steps of purification before they were tested.

“We tried not to purify. We left our eyes open to seeing things that were unexpected,” said Martin.

He had been looking for fluorinated contaminants, which are chemicals commonly used in stain-repellents or to make Teflon, but also found in chlorinated toxins and PCBs.

Right now we wouldn’t tell anyone to change anything because of these discoveries.– Jon Martin, toxicologist

PCBs have been known to collect in the Arctic for a while and have documented health effects relating to reproduction and child development. As a result, they are widely banned, though they’re still hanging around in the environment.

Unlike PCBs, fluorinated chemicals are not banned.

Since they are brand new, the other chemicals have never been studied, and so the health impacts are relatively unknown.

For residents of the Arctic, this doesn’t mean they should stop eating polar bears or other marine mammals.

“Right now we wouldn’t tell anyone to change anything because of these discoveries,” Martin said.

“The polar bears didn’t get more contaminated when we discovered this. They’ve been contaminated like this since the 1980s. We just didn’t know.” 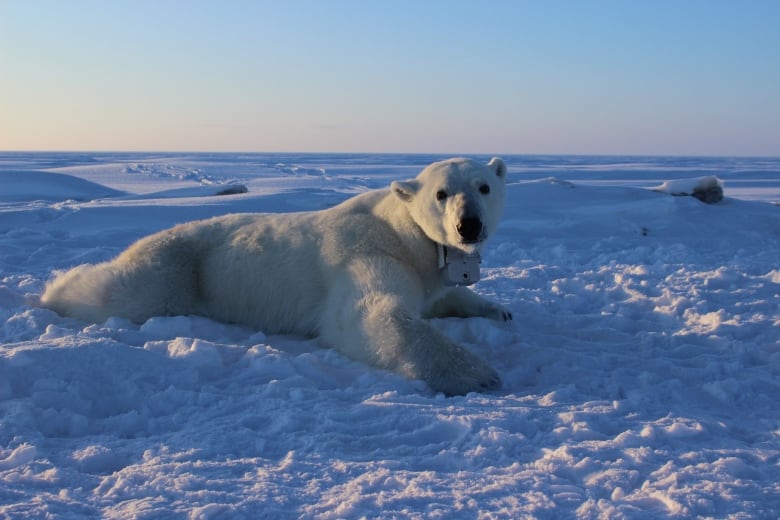 This polar bear on the sea ice of the Beaufort Sea was part of a separate study. In this recent study, the bears from the Beaufort subpopulation had higher concentrations of stain-repellent chemicals than the Hudson bears. (Anthony Pagano, USGS)

Chemicals may be coming from Asia

It pooled the blood of 10 bears from each subpopulation to get an average of what chemicals the bears contained. The researchers then looked at similarly pooled blood samples from bears, taken every five years back to the 1980s.

Using the historical data, Martin was able to see the rising trend of fluorinated chemicals.

Interestingly, the bears from the Beaufort subpopulation had higher concentrations of the stain-repellent chemicals than the Hudson bears, which could mean the chemicals are coming from Asia as the sea water flows across the Bering Strait and into the Beaufort Sea.

Martin says the next steps involve research that would pinpoint where and what the chemicals are coming from, so they can be cut off at the source. Future studies should also look at the human effects and concentrations.

“I’m personally trying to push for human studies,” Martin said. He’s encouraging anyone who wants to take part to contact him through Health Canada.

Post Views: 348
Want To Change Your Life? Start Earning Up To $5,000 Per Week After Watching This Video. Click Here!
Related Topics:bearBloodfindHundredspolarscientiststoxins
Up Next

Post Views: 245
Want To Change Your Life? Start Earning Up To $5,000 Per Week After Watching This Video. Click Here!
Continue Reading