Just over a year after Google parent company Alphabet confirmed the speculation and announced their planned development in Waterfront Toronto’s Quayside community, a fleshed out draft plan has been revealed for the proposed ‘digital neighbourhood’. The project from Sidewalk Labs aims to weave smart technologies into a mixed-use, mixed-income community to be built from scratch.

The plan incorporates several innovative approaches to city-building, including the use of sustainable mass-timber construction for all buildings within the community, including several towers, three as high as 30 storeys. This move would bolster the Canadian timber industry while minimizing carbon emissions, with a projected 75-85% reduction in greenhouse gas emissions compared to standard developments. Quayside would be home to the single greatest concentration of mass timber buildings anywhere in the world. 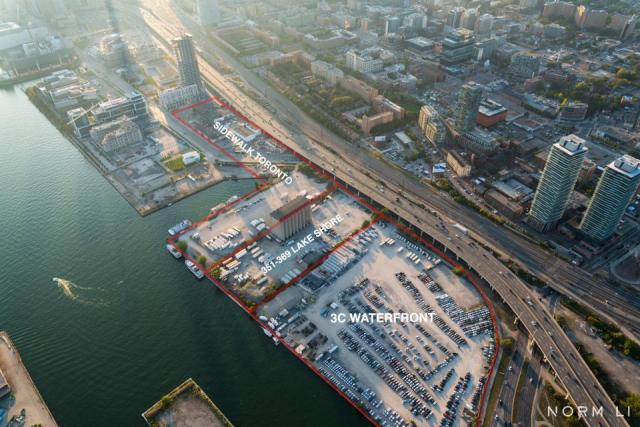 Mobility is another area of focus, with the future Waterfront East LRT serving as the transportation backbone of the community. Pedestrian safety was also considered, while flexible street designs will prepare the community for future advances in technology, including automated vehicles. The community’s position on the waterfront was factored into the design, with a mix of public and green spaces and an emphasis on waterfront access.

Data privacy remains an area of concern among the public, which Sidewalk is aiming to address with a proposed independent Civic Data Trust for all ‘urban data’, stating that “No one has a right to own information collected from Quayside including Sidewalk Labs”.

“We know how important the revitalization of Quayside is for the city and everyone who lives here. Torontonians want more affordable housing, faster ways to get around the city, safer streets for pedestrians and cyclists, a cleaner and healthier environment. That’s what we are aiming to do by creating this new neighbourhood,” reads a statement issued by Jesse Shapins, Sidewalk Labs’ Director of Public Realm. “This draft site plan released today demonstrates what we are envisioning for Quayside and how we aim to address these critical challenges facing Toronto.” 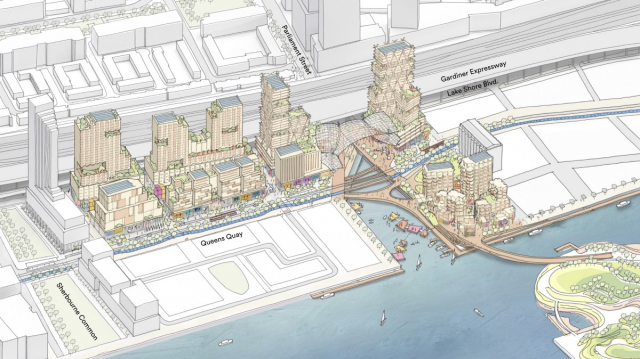 Toronto Mayor John Tory responded to the announcement late this afternoon in a statement which reads;

“I’m glad to see Sidewalk Labs has released its initial proposal for Quayside – this will help shape the ongoing conversation about the future of this important site on our waterfront.

We now have a better idea of what they would like to see the neighbourhood look like once it is built and how it can feature innovation on a global scale for the benefit of Torontonians and urban residents around the world.

I am determined to build more housing in Toronto to help address affordability issues. The Quayside plan includes 40% below-market housing – with 20% affordable housing and 20% middle-income housing – which is encouraging, as is the fact that under this plan 3,900 jobs would also be in this neighbourhood.

Our job collectively for all the governments involved in the waterfront corporation remains the same, to make sure the Quayside project is done in a healthy, transparent manner that’s good for Toronto, good for the province, and good for Canada.

While discussion of many important questions lies ahead, as Mayor I will be looking to achieve a positive outcome – positive for all concerned, starting with the people of the City of Toronto.”

The new Site Plan’s will make its first public appearance at the 4th Public Roundtable to be held on December 8th at the Metro Toronto Convention Centre. Morning and afternoon sessions will follow the same agenda. Public feedback from the event will be incorporated into a Master Innovation and Development Plan to guide future work at Quayside, which is expected to be released in early 2019.

Want to get involved in the discussion? Check out our dedicated Forum thread, or leave a comment in the field provided at the bottom of this page.

Post Views: 328
Want To Change Your Life? Start Earning Up To $5,000 Per Week After Watching This Video. Click Here!
Related Topics:LabsneighbourhoodplanQuaysiderevealsSidewalkSite
Up Next