The countdown is on.

If all goes as planned, at 6:31 a.m. ET Monday, Canadian astronaut David Saint-Jacques will be riding a Russian Soyuz rocket launched from Kazakhstan, en route to the International Space Station (ISS).

Saint-Jacques will be joined by Russian cosmonaut Oleg Kononenko and American astronaut Anne McClain on the mission, with the trio set to dock with the ISS six hours later.

It’s the first time a Canadian has been in space since 2013, when Chris Hadfield gained immense popularity around the world as he provided glimpses — and the occasional musical performance — into daily life on board the orbiting laboratory.

“I don’t think I’m going to try to top what Chris did in terms of entertainment,” Saint-Jacques said. “That’s his forte.” 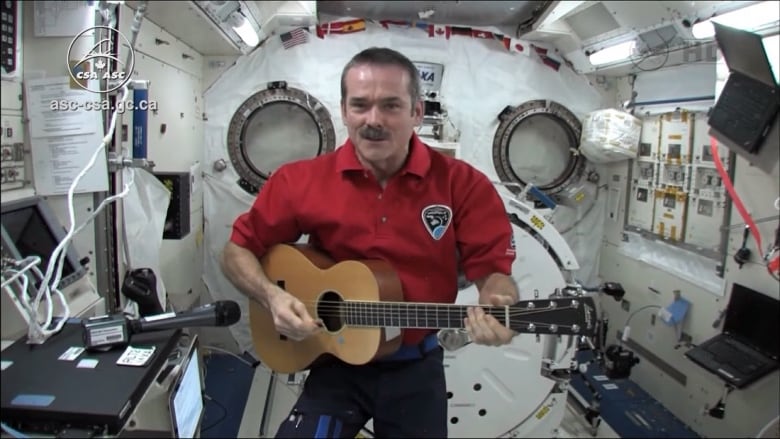 Chris Hadfield, the last Canadian astronaut to go to space, became an international star after chronicling on social media what it was like living and working aboard the International Space Station. (Canadian Space Agency)

The three astronauts have been in quarantine at the Baikonur Cosmodrome since earlier this week, but friends and family will be joining them — though separated by glass — ahead of Monday’s launch.

A doctor who also holds degrees in engineering and astrophysics, as well as a commercial pilot’s licence, Saint-Jacques says he’s been moved by the rituals of the Russian space program that take place ahead of each launch.

The most “touching” ritual came two days, he said, when he planted a tree along Baikonur’s Cosmonaut Alley.

“That’s something that every first-time flyer on a Russian spacecraft has done ever since [first astronaut] Yuri Gagarin, and so I had the privilege to plant my own tree. A poplar.”

«&nbsp;Cosmonaut Alley&nbsp;» at the Baikonur Cosmodrome. Each tree planted by a space traveler. First on the left is Gagarin’s! <a href=”https://t.co/MdfVEATn63″>pic.twitter.com/MdfVEATn63</a>

Saint-Jacques was initially scheduled to head to the ISS later this month, on Dec. 20, but his launch was moved up after the malfunction of a Soyuz rocket in October forced a dramatic emergency landing minutes after takeoff.

This could be the last time a Canadian launches on board a Soyuz: NASA is preparing to return human launches to U.S. soil beginning in 2019, with two new crew capsules provided by SpaceX and Boeing.

During his six-and-a-half months on the ISS, Saint-Jacques will be hard at work. Astronauts conduct several experiments daily, many of which are studying the effects of weightlessness on the human body, something that keenly interests him.

“Going to space is certainly an extraordinary experience — but it’s not good for you in any way,” he said. “As a doctor, I’m well aware of everything that can go wrong, and thankfully we’ve developed a lot of mitigations and medications…. [But] that’s a big part of my personal interest: To self-monitor the symptoms and effects and [see] how we can mitigate that.” 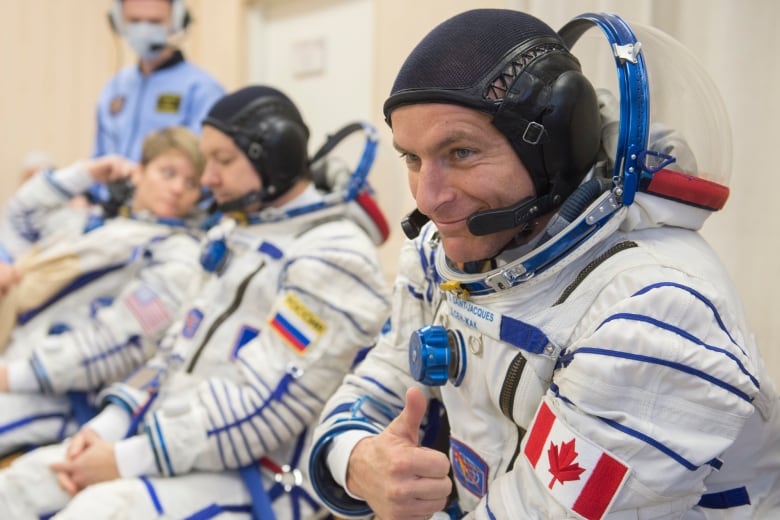 One aspect of Saint-Jacques’s work is telemedicine, or the ability to use technology to provide medical care from a distance.

“I used to work as a physician in a very remote Inuit village, and I know from personal experience that everything that’s developed in space for remote medicine can be applied on Earth,” he said.

And Saint-Jacques said he’ll make sure to enjoy the view. “For me, what kind of becomes me most, is to spend some time looking at the Earth.”

For more than nine years, Saint-Jacques and Jeremy Hansen have been training together in preparation for launch. In 2016, the Canadian Space Agency announced Saint-Jacques would be the next to fly after Hadfield.

Hansen is thrilled that day has come for Saint-Jacques. 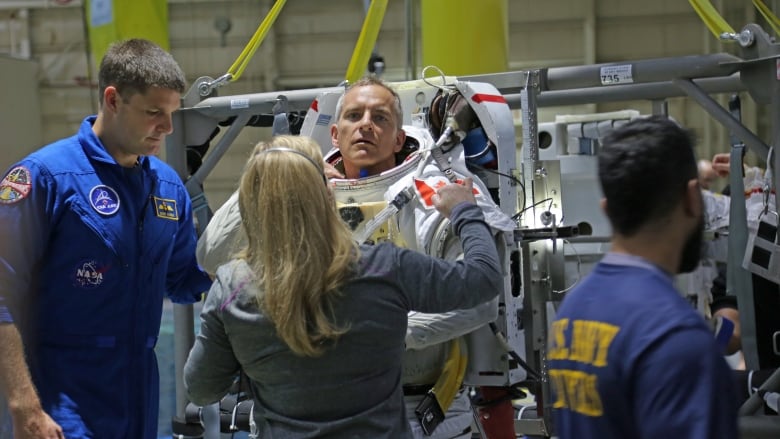 David Saint-Jacques gets help from Jeremy Hansen, putting on his spacesuit as he trains at a NASA facility in Houston in March 2018. (Jennifer Barr/CBC)

Hansen said he’s happy he’s been able to share the experience with Saint-Jacques.

“I’m looking forward to seeing it through his eyes. I’m going to learn a lot, watching him go through this, and I plan to be on this journey with him.”

Hansen is also hoping that seeing a Canadian heading to space once again will be an inspiration to youth. Since the astronaut program started in 1983, only eight Canadians have been in space.

“I think it’s important for our young Canadians to be inspired by Canadian astronauts in space — I certainly was,” Hansen said. “It was important in my youth to see, as a Canadian, that I could fly, that I could chase that dream.”

Post Views: 399
Want To Change Your Life? Start Earning Up To $5,000 Per Week After Watching This Video. Click Here!
Related Topics:CanadasDavidexperienceextraordinarylaunchMondaySaintJacquesSpace
Up Next

World’s largest congregation of eagles begins in the Fraser Valley