This week, representatives from more than 150 countries are meeting in Katowice, Poland, for COP 24, or the 24th Conference of the Parties to the United Nations Framework Convention on Climate.

Their goal: to find ways to reduce carbon emissions in order to combat the effects of climate change.

Last week, the United States released its National Climate Assessment, which was largely buried in the news as a result of its release over the U.S. Thanksgiving holiday. Its conclusions were in line with those of the UN and other climate organizations: global climate is changing, and “the global warming of the past 50 years is primarily due to human activities, predominantly the burning of fossil fuels.”

On Thursday, the UN World Meteorological Organization said global temperatures are headed for a rise of 3 to 5 C this century, far above the target of 1.5 to 2 C.

The message seems to be clear: Earth’s climate is rapidly changing as a result of human activity. So how is it that some people are still reluctant to acknowledge it? 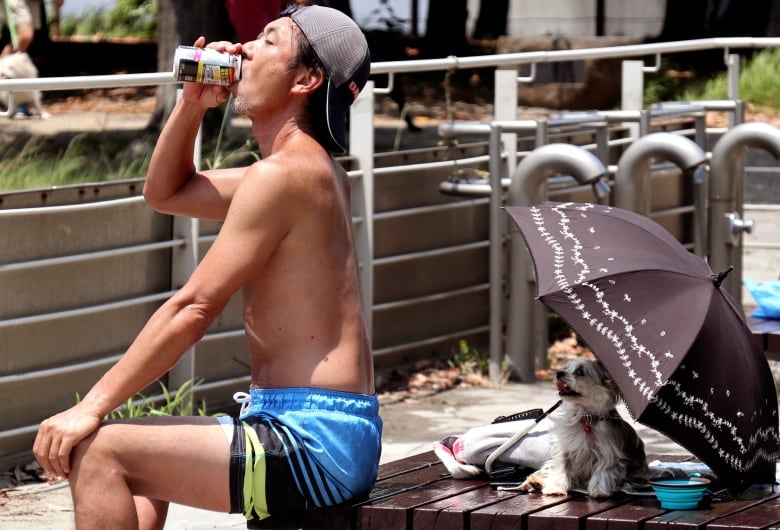 Temperatures soared to 40 C in the Tokyo metropolitan area in July as a heat wave swept throughout Japan, according to the Meteorological Agency. (Shizuo Kambayashi/Associated Press)

According to some psychologists, there are a number of reasons, including the prevalence of deceptive or erroneous information about the topic.

“But you’re also getting a lot of misinformation, what we call agnotology — misleading information and false information — from vested interests,” said Michael Ranney, professor of education the University of California, Berkeley’s Department of Psycholog. “And the internet, for decades, has been offering information that is misleading.”

And some recent studies suggest that false news spreads faster than true or objective news.

One of the reasons people might be sharing that information — which they may not recognize as false —  is that it represents their worldview — a phenomenon called confirmation bias.

Another important thing to consider, Ranney says, is decreasing “information deficit,” or lack of knowledge. To this end, he created the website How Global Warming Works, which provides short videos explaining the mechanisms of global warming. And that, he believes, makes a difference with some people.

“Even in places like Berkeley, we almost tripled their understanding of the mechanisms of global warming, and that increased their acceptance of global warming,” Ranney says of one study conducted at his university.

But Canadian Matto Mildenberger, an assistant professor of political science at the University of California, Santa Barbara, doesn’t place that much faith in the “information deficit” theory.

“Information deficit may matter at the margins,” says Mildenberger, who also who contributes to Yale University’s Program on Climate Change Communication.

“It’s not that information doesn’t matter, but it strikes me that the way in which we need to solve the problem of climate communication is primarily by having trusted individuals —  and by that, I don’t mean scientists. I mean people in local communities — be climate advocates and climate messengers to their communities.”

There’s something else that may be at play at the subconscious level that allows us to disregard the evidence that’s in front of us.

“A big part isn’t the experience; it’s the motivation,” said Paul Thagard, professor emeritus at the University of Waterloo’s Department of Philosophy, who specializes in cognitive science.

“Psychologists talk a lot about ‘motivated inference’ … when people have strong motivations, they’re very selective in the sort of evidence they look for.”

Even though there is consensus that climate change is occurring and that humans are exacerbating it, there are still people — including politicians — who refuse to acknowledge the evidence. 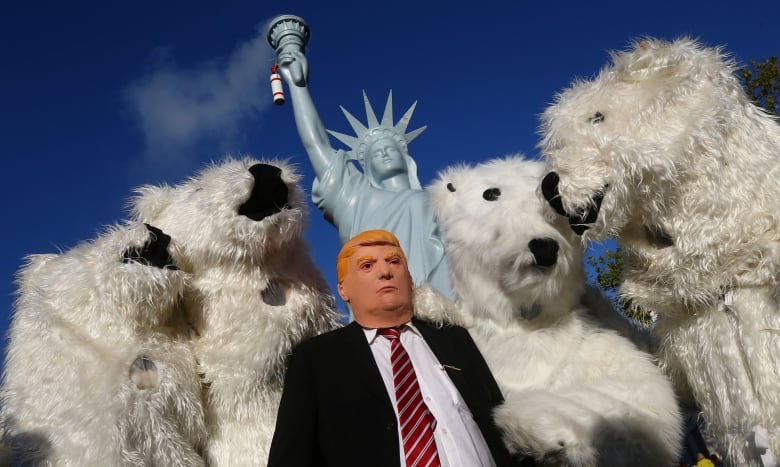 “The motivations vary depending on who you are,” says Thagard. “If you’re a conservative politician, you just don’t want to believe [in climate change], because if there really is climate change caused by human activity, then there has to be government actions to stop the disastrous results that are probably going to come down the line in 20 or 30 years.”

There are other fears: people whose livelihood is dependent on, say, the oil industry, might fear acknowledging climate change will threaten their jobs. Others might resent government taking money out of their pockets in the form of public spending on carbon mitigation efforts.

“But that gets in the way of appreciating the overwhelming scientific evidence that really bad times are coming,” Thagard said.

Mildenberger say that, while there is a lot of climate change information out there, communicating it in an effective way is key.

And it’s not about painting a doom-and-gloom scenario.

“If you overwhelm people, there’s some evidence that they can end up in some fatalistic mindset and feel unempowered,” Mildenberger said.

“The trick is to communicate the seriousness of the climate threat … with a sense of empowering people to take action.”

A sense of empowerment is something that Ranney cites as well when it comes to acceptance of climate change.

“It’s going to become more and more obvious to everyone that global warming is occurring and that it’s scary and yet something that we can fix, and should,” he said.

“This is not a time to be passive and allow this calamity to happen to us. We can fix this, and we can fix this now.”

Post Views: 386
Want To Change Your Life? Start Earning Up To $5,000 Per Week After Watching This Video. Click Here!
Related Topics:changeclimatedenyEvidencepeoplepsychology
Up Next

Post Views: 71
Want To Change Your Life? Start Earning Up To $5,000 Per Week After Watching This Video. Click Here!
Continue Reading

Post Views: 37
Want To Change Your Life? Start Earning Up To $5,000 Per Week After Watching This Video. Click Here!
Continue Reading