The oil price crisis in Western Canada could deepen next week depending on whether Saudi Arabia, Russia and other countries decide to cut oil production and — if so — by how much.

Oil prices in Alberta are the lowest they have been in more than a decade, selling for about $17 US per barrel for Western Canada Select, the Alberta benchmark for heavy oil. Around the globe, prices have also suffered with West Texas Intermediate, the North American benchmark, falling about 33 per cent in the last two months.

What OPEC decides could give prices a boost or send them spiralling down further.

The oil industry’s rough ride in October and November has created an immense amount of interest in the OPEC meeting in Vienna on Dec. 6.

“It has a huge impact,” says Jackie Forrest, analyst with the ARC Energy Research Institute in Calgary, about the possible fallout for Canadian oil prices.

“If OPEC doesn’t make a cut and if global prices begin to fall, that will just push our prices down further, putting more pressure on Canadian producers. It’s very consequential to the Canadian industry.”

The oilpatch was enjoying climbing prices throughout the summer as supply and demand were in balance, but surprising many experts, production kept on climbing — mainly in the U.S. — and storage tanks are filling up. 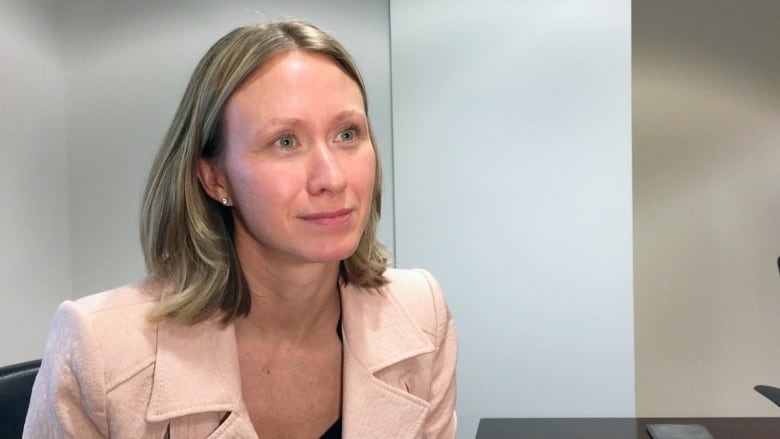 The meeting is ‘very consequential to the Canadian industry,’ says Jackie Forrest of the ARC Energy Research Institute. (Kyle Bakx/CBC)

Other factors have also caused a drop in oil prices such as the U.S. loosening its restrictions on Iran and concerns about limited oil demand growth in 2019.

Oil prices in Western Canada are especially low because of a backlog of oil and limited spare export space in pipelines and on railways.

OPEC meetings are tough to predict and experts don’t seem to have a sense which direction the cartel will go next week. In the past, OPEC countries have announced production cuts, but global oil prices still tumbled.

“There is always downside risk with these meetings because the market has some sort of expectation. Even if there is a cut made, if it is not what the market was expecting, then sometimes its negative in terms of where prices move,” says Forrest.

OPEC countries may decide not to cut production for several reasons because many countries can’t afford to turn down the taps.

“The question is, who will do the cutting? That’s always the question,” says Derek Brower, a London-based analyst with the RS Energy Group.

“The pool of people who can actually cut is pretty small. That’s why the credibility of this deal really hinges on what Russia and Saudi Arabia do.”

Brower says he doesn’t get the feeling there is a sense of urgency to make production cuts from OPEC leaders. Prices just haven’t fallen far enough.

“When it comes to cuts for OPEC, as the saying goes, it’s a bit like a bag of tea,” he says. “It only really works when it’s in hot water. The water is getting pretty warm right now in terms of the oil price.”

At this point, Brower estimates that OPEC and non-OPEC countries will agree to cut production between 500,000 and one million barrels of oil per day, but that the market will view this as underwhelming.

Some experts are optimistic the cartel will do enough to give oil prices a boost.

WTI prices are currently about $51 dollars per barrel, but according to a recent research note, BMO analysts now project WTI to “rise from its current level to an average of $62 US per barrel in 2019.”

Post Views: 350
Want To Change Your Life? Start Earning Up To $5,000 Per Week After Watching This Video. Click Here!
Related Topics:CanadiancrisisOilOPECpriceworse
Up Next

Canadian retail will be a great investment destination in 2019

Post Views: 114
Want To Change Your Life? Start Earning Up To $5,000 Per Week After Watching This Video. Click Here!
Continue Reading