Purple, orangeÂ and yellow.Â Those are some of the colours that light up the night sky in Kingsville and LeamingtonÂ at times, allÂ because of the cluster of greenhouses that fill the region.

The hues have gotten the attention of residentsÂ and has municipalities working to address some concerns about light pollution.Â

He explained some residents are concerned from an environmental stand point, in terms of the impact the lights may have on animals. On the other hand, he’s heard from others whoÂ enjoy them.

“Some see the different colours as a northern light kind of experience, and they see beauty in it,” he said.

“But certainly, the town has taken the stand overall to try and protect the dark sky so that, you know, we don’t disrupt mother nature anymore than [has] already happened.” 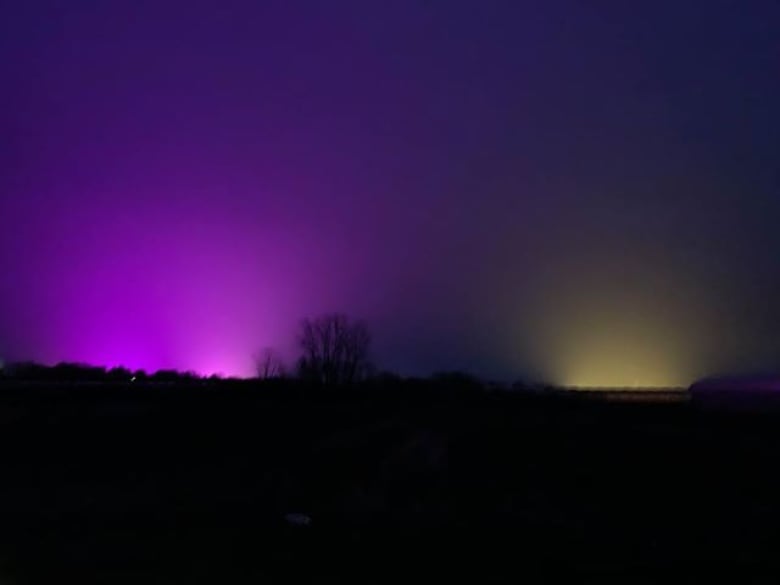 This image was taken on Friday night in Ruthven. (Submitted by Rosemary Tako)

From strawberries to cannabis

He explained greenhouses that grow anything from strawberries, tomatoes, peppers to cannabisÂ use different kinds of grow lights in order to produce year-round.Â

“Certainly there’s an experiment going on right now with the different shades of colour,” he said.

In Leamington, a representative for Aphria told CBCÂ News in an email that the lights they currently use in all of their new greenhouses are LED lights, which is a closer match to the light plants use for photosynthesisÂ â and these lights have aÂ purple colour to them.

“They are far more energy efficient and therefore better for the environment. We are not the only greenhouses in the area using LED, but likely we are the largest.”

Santos said he’s also aware of some of those violet glows within the municipality of KingsvilleÂ coming from part two marijuana grow-ops as well.

However,Â to his knowledge, the violet lights are not exclusive to cannabis.Â

Kingsville does have dark sky compliant rules, but right now, they only apply to new greenhouses. Greenhouses that existed prior to the regulations do not have to follow the same rules.

However, some of them are making adjustments on a voluntary basis, and others are catchingÂ up to the new rules when they apply for expansions or amendments to their original site plan agreements.Â 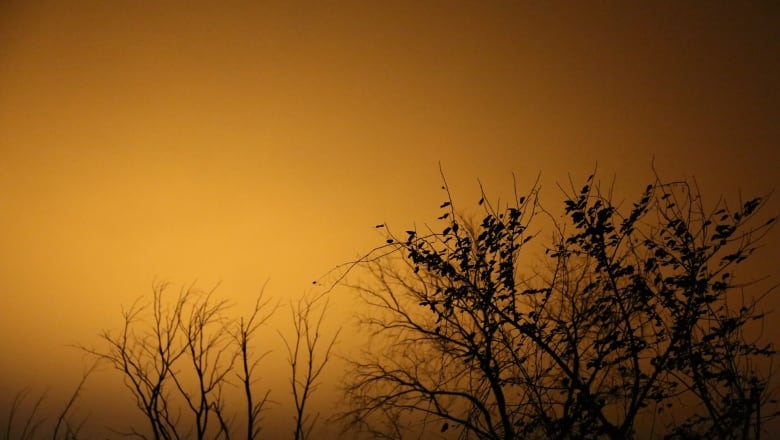 This image was taken just outside of Leamington on Highway 3. (Katerina Georgieva/CBC)

“So, we’re catching up,” Santos said.

“We even have some commitments fromÂ one of our bigger growers to capture their existing greenhouses and have them with these basically darkened curtains to that they aren’t intruding into the dark sky.”

MucciÂ Farms inÂ KingsvilleÂ acknowledges the concerns and said it’s not ignoring the public. A representative for the company toldÂ CBCÂ News that some dialogue has begun with the Town ofÂ KingsvilleÂ to figure out the best solutions.

The representative also said the company is planning on implementing blackout curtains in all of its farms in the next three years, although it will probably take less time than that.

Municipalities trying to address it

Leamington, on the other hand,Â doesn’t have any light emission rules at this point, explained mayor-elect HildaÂ MacDonald.Â

She said the municipality is trying to find the best way to address the issue, while still considering the economic side. 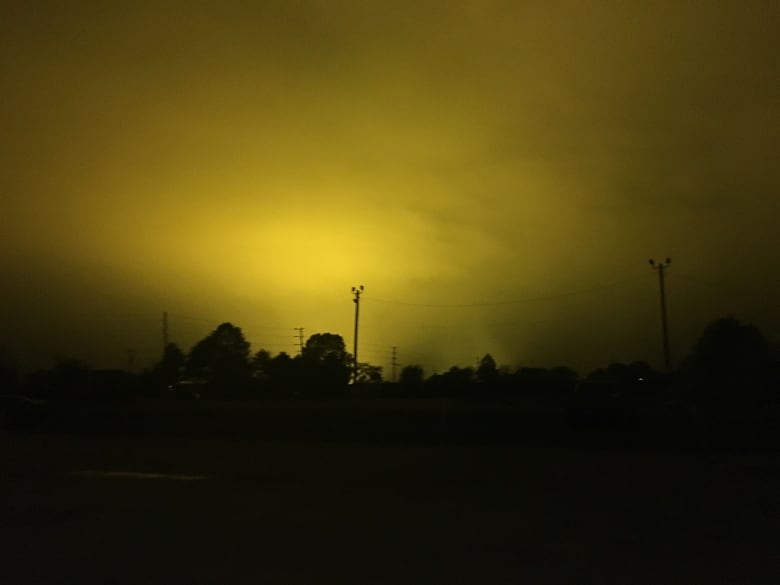 This photo was taken from Road 3 East in Kingsville. (Angelica Haggert)

She said the public has really started to voice concerns around the matter in the last year.

“It is a complaint that I’m hearing, and you know, it would be nice to see the stars again,” she said, explaining people are recognizing that things are different from how they used to be.Â

“They don’t want to accept that this is their new reality. So they do want to see something done about it.”

Post Views: 477
Want To Change Your Life? Start Earning Up To $5,000 Per Week After Watching This Video. Click Here!
Related Topics:borealisglowsgreenhouselightsNorthern
Up Next