There was something missing at the luxury jeweller Tiffany & Co. in recent months: Chinese tourists.

For the second time in a many months, a big seller of high-end goods noticed that a particularly crucial demographic of its shopping base had made itself sparse, damaging sales and stoking fears of worse to come.

On Wednesday, shares of Tiffany & Co. plunged 12 per cent after reporting weaker-than-expected sales in its third quarter. CEO Alessandro Bogliolo said that Chinese tourists have failed to show up, and open wallets up, with the same vigor that they had in the past.

Last month, the owner of Louis Vuitton noted the same phenomenon. Shares in that company were hit hard as well.

But Tiffany is considered a bellwether in the luxury sector and a number of big names, such as Ralph Lauren and Movado sold off Wednesday on concerns that things could get worse.

Tiffany’s third-quarter revenue rose four per cent to just above $1 billion US, yet industry analysts were anticipating a bigger boost. Part of the reason for the surprise was fewer tourists, particularly Chinese tourists, at stores in places like New York and Hong Kong.

“What we see is that Chinese tourists are traveling less,” said Bogliolo in a phone interview Wednesday.

Bogliolo speculated that the deteriorating value of China’s currency is to blame.

The yuan, also known as the renminbi, or “people’s money,” sank to a 10-year low against the dollar at the end of October. It strengthened slightly this month, leading many to believe that Beijing has stepped in to stop its slide.

But others see broader issues at play, including a simmering trade war and the potential for a slowing global economy that is squeezing even the wealthy in China.

There are major strains in our political relationship with the Chinese government. It doesn’t put them in the mood to come to the U.S. to spend their hard earned dollars. –  Robert Burke, luxury retail consultant

“There are major strains in our political relationship with the Chinese government,” said Robert Burke, a luxury consultant in New York. “It doesn’t put them in the mood to come to the U.S. to spend their hard earned dollars. They do have the option to buy in mainland China.”

Developments at Tiffany put Burke on alert, and he said he’s closely monitoring other luxury goods companies for a similar trend.

Tourists from China are now responsible for a substantial chunk of sales at luxury stores in Europe and the U.S.

Burke estimates that as much 30 per cent of luxury goods sales globally are made to tourists from China.

What may have exacerbated fears Wednesday is that prevailing wisdom has held that consumer spending from China in the high-end luxury shops of the West would not only continue, but that it would grow stronger.

In a study published this month, the Bain consultancy said that Chinese consumers will fuel nearly half of global high-end sales by 2025.

Chinese shoppers will account for 46 per cent of global luxury sales of an estimated $412 billion US in just six years, Bain said in the study, which was prepared for Italy’s Altagamma association of high-end producers.

Even before the Trump administration ratcheted up the intensity of its trade dialogue with Beijing, there were signs that economic growth in China was slowing.

Chinese economic growth declined to a post-global crisis low of 6.5 per cent in the quarter than ended in September. A trade fight with the Trump administration is pressuring communist leaders to energize economic activity that has weakened since Beijing clamped down on bank lending last year as it tries to rein in surging debt. 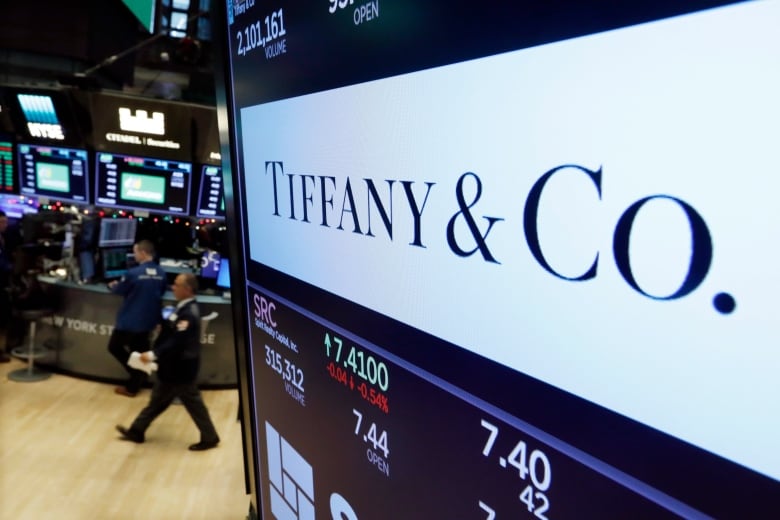 The logo for Tiffany & Co. appears above a post on the floor of the New York Stock Exchange, Wednesday. Shares plunged after news of soft third-quarter earnings. (Richard Drew/Associated Press)

It’s too early to tell if the spate of weaker-than-expected sales for luxury merchants will continue, or if it’s a bump in the road.

There were some other signs of weakness at Tiffany, like comparable-store sales, which are watched closely by industry analysts.

Tiffany’s quarterly profit of $94.9 million US, or 77 cents per share, was actually a penny better than expected, according to analysts surveyed by Zacks Investment Research.

But the company stuck to its previously issued full-year earnings guidance of between $4.65 US and $4.80 US per share, which led some to suspect that shifting geopolitical agreements or a slowing global economy may soon become a bigger threat.

Post Views: 500
Want To Change Your Life? Start Earning Up To $5,000 Per Week After Watching This Video. Click Here!
Related Topics:ChinaEarningssoftTiffanytourism
Up Next

Photo of the Day: Approach to YYZ

Photo of the Day: Approach to YYZ