A barn at the University of Alberta Poultry Research Centre in south Edmonton is home to more than 16,000 healthy, clucking chickens.

But these fowl aren’t ordinary, these are heritage chickens.

The classic breeds include the 1957 Random Bread Broiler line and the Barred Plymouth Rock, a breed that dates back to 1910.

Frank Robinson, a professor of Agricultural Life and Environmental Sciences at the University of Alberta, said commercial farming has made these breeds extremely rare, and some might be extinct without the program.

Robinson compared the poultry industry to car manufacturers that release a new model each year.

But unlike like car companies, University of Alberta researchers have to consider the needs of live animals. 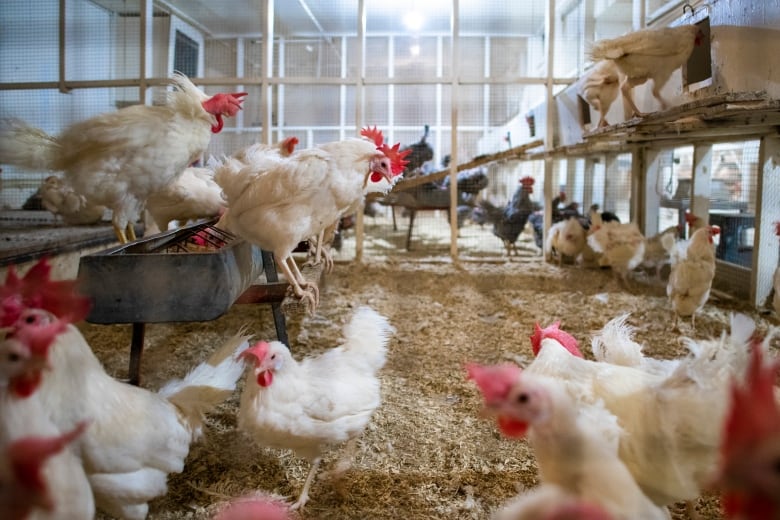 “If you want save old cars you put up a Quonset in Wetaskiwin and call it a car museum,” he said.  “But if you want to save old chickens you can’t just do that, you have to feed and maintain them and reproduce them every year.”

The Heritage Chicken Program raises ten different breeds of chickens, while commercial farms in North America will typically only raise one kind, purchased from one of the three major distributors: Avaiagen, Cobb and Hubbard.

“Whether you buy a chicken in Winnipeg, Saskatchewan or Arkansas, it is all the identical genetic model,” Robinson said.

The worst-case scenario concern, Robinson said, is that one year commercial chickens could develop a harmful genetic mutation through cross-breeding and die-off, forcing producers to start over with a new population.

“So with our heritage collection it’s like having a living museum of live biological material,” Robinson said.

Preserving these rare birds comes at a cost.

What started as a small program in 1991 eventually outgrew its university research budget, and the sale of eggs wasn’t enough to cover additional expenses.

“[The chickens] cost a lot to feed and to house, there’s staff that collect their eggs three times a day and feed them and clean up the barn and maintain it,” said Dawn Hage, a Heritage Chicken Program coordinator with the U of A Faculty of Agricultural, Life and Environmental Sciences.

In 2013 the Poultry Research Centre started an adopt-a-chicken program to help raise funds.

“We call adopt-a-chicken because [people] look through breeds and they choose a breed they like and pick a hen or a rooster and give it a name,” Hage said. 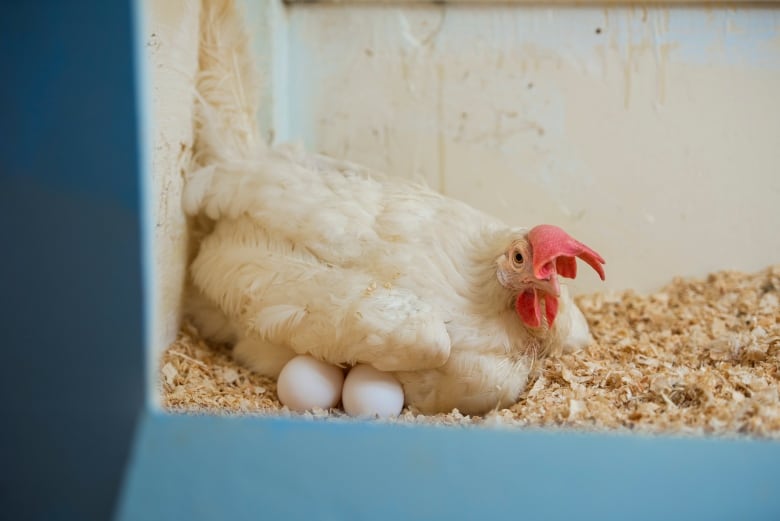 Each person who adopts a chicken gets a certificate of adoption, but unlike traditional animal adoption, they don’t take their fowl friend home.

The chickens stay on campus and every two weeks people can pick up a batch of eggs from the chickens.

The adopt-a-chicken has become a successful part of the Heritage Chicken project since it started five years ago.

She said at $157.50 for an annual subscription it’s a reasonably decent price, “but it’s really a thank you for keeping these genetic lines alive.”

The adopt-a-chicken program has also been popular — out of 500 chickens that went up for adoption at the beginning of November only five are still available.

Post Views: 437
Want To Change Your Life? Start Earning Up To $5,000 Per Week After Watching This Video. Click Here!
Related Topics:birdsbreedschickenHeritagepreservesProgramrareUniversityvintage
Up Next

FBI charges men in 2016 ransomware attack on University of Calgary

Post Views: 1,610
Want To Change Your Life? Start Earning Up To $5,000 Per Week After Watching This Video. Click Here!
Continue Reading