Facebook came under fire on Tuesday from lawmakers from several countries — including Canada — who accused the firm of undermining democratic institutions and lambasted chief executive Mark Zuckerberg for not answering questions on the matter.

Facebook is being investigated by lawmakers in Britain after consultancy Cambridge Analytica, which worked on Donald Trump’s presidential campaign, obtained the personal data of 87 million Facebook users from a researcher, drawing attention to the use of data analytics in politics.

Our democratic institutions … seem to have been upended by frat-boy billionaires from California.– NDP  MP Charlie Angus

Concerns over the social media giant’s practices, the role of political adverts and possible interference in the 2016 Brexit vote and U.S. elections are among the topics being investigated by British and European regulators.

While Facebook says it complies with EU data protection laws, a special hearing of lawmakers from several countries around the world in London criticized Zuckerberg for declining to appear himself to answer questions on the topic.

“We’ve never seen anything quite like Facebook, where, while we were playing on our phones and apps, our democratic institutions … seem to have been upended by frat-boy billionaires from California,” said NDP MP Charlie Angus, who sits on the Canadian standing committee on access to information, privacy and ethics.

That committee has also been investigating the Cambridge Analytica scandal and the purported involvement of a Canadian tech company.

“So Mr. Zuckerberg’s decision not to appear here at Westminster to me speaks volumes,” added Angus.

Richard Allan, the vice president of policy solutions at Facebook who appeared in Zuckerberg’s stead, admitted Facebook had made mistakes but said it had accepted the need to comply with data rules.

“I’m not going to disagree with you that we’ve damaged public trust through some of the actions we’ve taken,” Allan told the hearing. 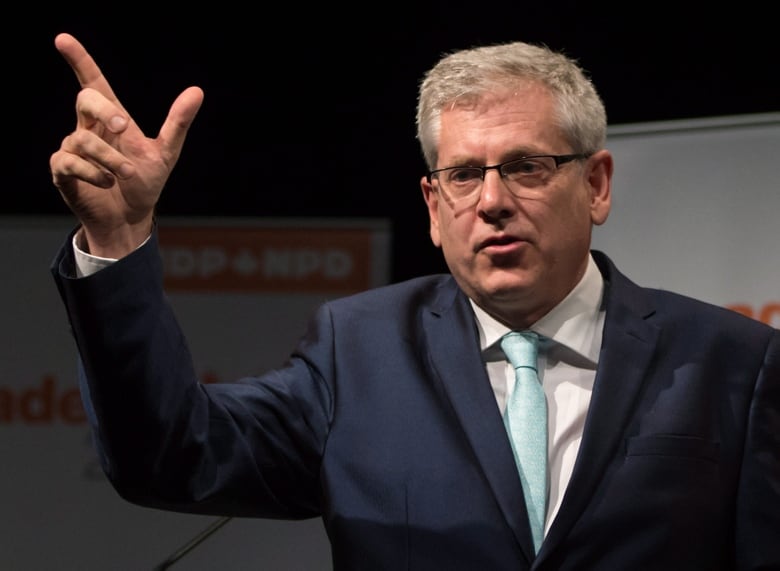 Facebook has faced a barrage of criticism from users and lawmakers after it said last year that Russian agents used its platform to spread disinformation before and after the 2016 U.S. presidential election, an accusation Moscow denies.

Allan repeatedly declined to give an example of a person or app banned from Facebook for misuse of data, aside from the GSR app which gathered data in the Cambridge Analytica scandal.

Legal documents reviewed by Reuters show how the investigation by British lawmakers has led them to seize documents relating to Facebook from app developer Six4Three, which is in a legal dispute with Facebook.

Damian Collins, chair of the U.K. Parliament’s culture committee which convened the hearing, said he would not release those documents on Tuesday as he was not in a position to do so, although he has said previously the committee has the legal power to.

British MP Damian Collins said it’s the first time since 1933 that members from other parliaments have sat in on a British hearing. The last time was to discuss Indian constitutional reform.

Post Views: 342
Want To Change Your Life? Start Earning Up To $5,000 Per Week After Watching This Video. Click Here!
Related Topics:CanadiancriticizeFacebooksMPsnoshowParliamentUKZuckerberg
Up Next

Post Views: 360
Want To Change Your Life? Start Earning Up To $5,000 Per Week After Watching This Video. Click Here!
Continue Reading