The first dead oiled seabird has been found after Husky Energy’s SeaRose FPSO spilled an estimated 250,000 litres of crude into the Grand Banks region of Newfoundland’s waters, and a Memorial University biologist is bracing for more — possibly 100,000 more.

The province’s offshore regulator reported Wednesday that 14 live oiled birds have been found, and four of them have been taken for cleaning at a rehabilitation centre set up by Husky in St. John’s.

But it’s misleading to think simply washing the birds can save them, says Ian Jones, a seabird ecologist at MUN.

“It’s more of a public relations thing,” he said. “As soon as you get an oiled bird on camera being washed, everybody’s happy.” 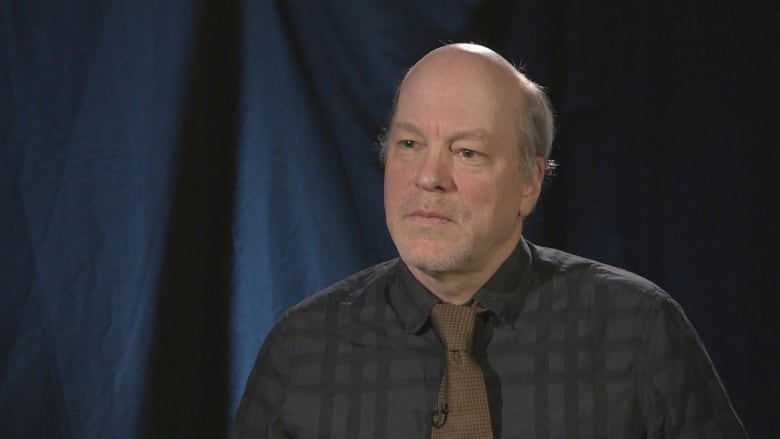 Jones, a professor at Memorial University, says although it’s heartbreaking to see the birds suffer, efforts shouldn’t be focused on cleaning up individual animals. (Gary Locke/CBC)

And though the numbers of birds found so far may seem low, Jones says even a few sightings right now could indicate catastrophic mortality.

“My guess is it means there’s a horrendous number of dead birds out there.”

They’ll die an agonizing death, even if they get exposed to a tiny amount of oil.– Ian Jones

Sea conditions since the spill have been extremely rough, hampering everything from cleanup efforts to a full damage assessment by remotely operated vehicles.

The chance of spotting birds in the towering waves, Jones said, is extremely low.

“Imagine being on a roller-coaster in a blizzard and then trying to make a bird count,” he said. “I’m amazed they’ve seen any oiled birds.”

As many as 100,000 seabirds, primarily murres and dovekies, risk hypothermia and poisoning in the wake of the spill, biologists have said. CBC News has requested access to Husky’s bird rehabilitation centre, but a spokesperson for the company said only medical personnel may be admitted while birds stabilize.

Frothy oil mixture can be deadly

Those rough sea conditions have also whipped the oil into a frothy mix that could be even more lethal for the birds, Jones said.

“It’s getting pulverized into an emulsion like and oil and vinegar salad dressing,” Jones said.

According to Jones, just one drop from an eyedropper of the petroleum mixture can cause a dovekie to die of hypothermia in a matter of days, separating the watertight coat and allowing cold water to penetrate to the birds’ skin.

A teaspoon could kill a murre, he said.

Sometimes the damage isn’t visible, as the coat may look untouched, he said.

“But there might be a bird inside horribly suffering.”

The regulator and the federal environment ministry said Wednesday that no oil sheens were spotted in the Grand Banks area during recent observation flights.

“One of the big questions that’s emerging is where is the oil?” he said.

Since the oil spilled from a flowline near the bottom of the sea, large quantities of it may still be migrating up to the surface, he said.

The water temperature, weather and density of the oil will all affect how quickly that happens, he said.

Jones said during the province’s last major spill in 2004, responders would capture and wash the birds’ coats to the point of being “squeaky clean” — only for their feathered wards to die just hours later. 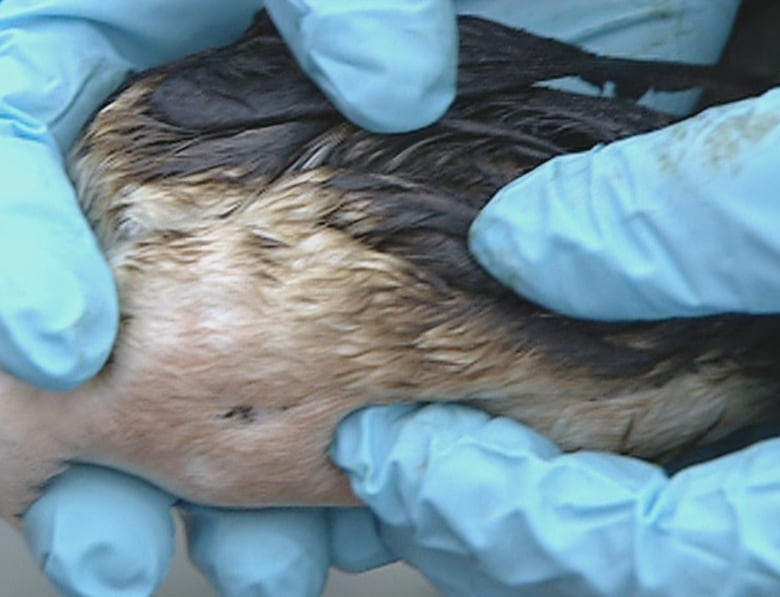 Oiled birds like this one were found washed ashore after the Terra Nova spill in 2004. (CBC)

At the point of recovery, seabirds are already weak, stressed and poisoned, Jones explained.

“They’re at death’s door, and just washing the oil off them isn’t going to do anything,” he said.

Seabird populations are distinctly more fragile than other bird populations, he said. Murres, for example, wait until they’re much older to breed, and they lay just one egg at a time.

All creatures at risk

While seabirds bear the brunt of ecological risk, other marine species are also susceptible to poisoning.

Whales, dolphins, fish, krill and plankton — practically all links of the food chain — could be killed through contact with toxic oil particles, Jones said. 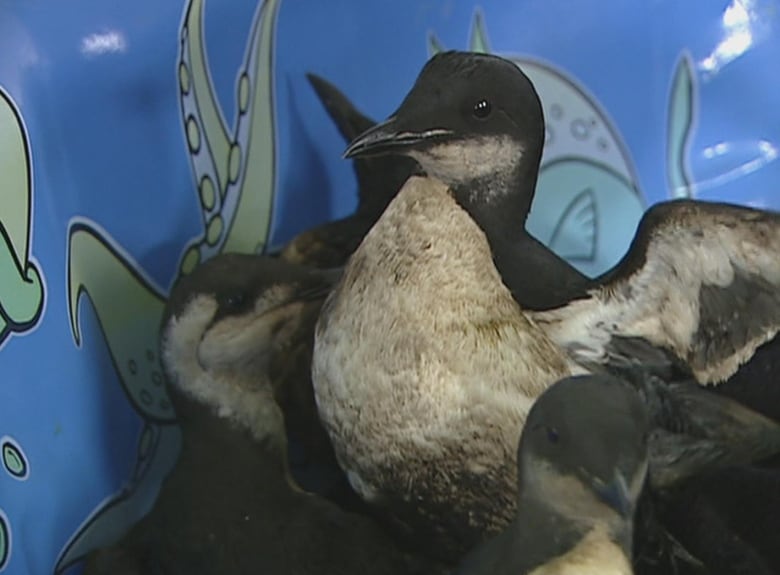 Biologists say an estimated tens of thousands of seabirds died after the 2004 Terra Nova spill. (CBC)

“Any amount of crude oil suddenly released into the cold ocean is very damaging,” he said.

When animals ingest those particles, it ruins their internal organs, he added.

“So they’ll die an agonizing death, even if they get exposed to a tiny amount of oil.”

With files from Carolyn Stokes

Post Views: 236
Want To Change Your Life? Start Earning Up To $5,000 Per Week After Watching This Video. Click Here!
Related Topics:
Up Next

Post Views: 668
Want To Change Your Life? Start Earning Up To $5,000 Per Week After Watching This Video. Click Here!
Continue Reading

Post Views: 4,489
Want To Change Your Life? Start Earning Up To $5,000 Per Week After Watching This Video. Click Here!
Continue Reading

Post Views: 416
Want To Change Your Life? Start Earning Up To $5,000 Per Week After Watching This Video. Click Here!
Continue Reading