Canada’s new $10 bill went into circulation this week, with civil rights activist Viola Desmond replacing Sir John A. Macdonald as the face of the banknote.

It is the first regular circulation Canadian bill to feature a woman who is not the Queen. Last year, Agnes Macphail, Canada’s first female MP, was featured on a commemorative $10 bill, with a limited number — 40 million bills — put into circulation.

The new bill also has Viola Desmond’s image in a vertical configuration, a first for a Canadian banknote.

“Well the vertical is new for Canada,” said Don Olmstead, a Canadian currency dealer with 40 years experience. “It’s not new in bank notes. The Swiss have been doing that and other countries have used vertical from time to time.”

It’s a significant change, but Canadians are used to change when it comes to our currency. The Bank of Canada frequently alters the look and design of our money, which Olmstead says is routine for most Western democracies.

Just last year, the image on the £10 note in England switched to Jane Austen from Charles Darwin. Before that, it was Charles Dickens and Florence Nightingale. The £10 note has even changed colour, from brown to orange.

In the United States, bills have remained mostly unchanged for decades. Green has long been synonymous with that country’s currency and its bills are still made of paper.

Larry Allen is a professor of economics in Texas. He wrote a book called The Encyclopedia of Money and says George Washington ($1 bill), Alexander Hamilton ($10 bill) and Benjamin Franklin ($100 bill) will likely hold their place on America’s currency for years to come.

“They are called Founding Fathers,” said Allen, “They’re considered very important figures in the history of this country. They accomplished something many people [thought] could not have been done. So, short of deification, they are definitely put on a pedestal.”

America also continues to circulate the penny, even though it’s worth less than the cost of minting it. Allen admits there has been a debate about dropping the penny for years.

“But it’s going to be very difficult to get rid of Abraham Lincoln.”

The U.S. dollar is a ‘brand’ recognized around the world

Allen says reverence for the Founding Fathers may not be the only factor in America’s currency inertia. There’s also the global appeal of the U.S. greenback.

“In other parts of the world, people hold [U.S.] dollar bills as sort of a safe haven investment, particularly if a society is suffering from inflation or other problems like that.” The newest $100 bill entered circulation in the U.S. in 2013, but Benjamin Franklin’s portrait remained unchanged. He has been the face of the bill for over 100 years. (Shutterstock )

Entire countries have even switched to the U.S. dollar as a way to fight hyperinflation.

And, more generally, American money is still a primary currency in global trade.

Currency dealer Don Olmstead says it’s become a brand, recognized around the world, and that’s not easy to change. But while the brand may be strong, the technology is lacking.

“Technologically, they are behind the world because polymer is the form of choice for currency and they’re still well behind that with no apparent plans to switch to polymer,” said Olmstead.

The U.S. is ‘politically paralyzed’ when it comes to currency changes

It’s an interesting contrast to the rapid pace of technological change in other areas of American life, says Olmstead. After all, Apple, Tesla and Amazon are all U.S. companies reshaping the fabric of society.

But that kind of change happens in the economic sphere and Olmstead says altering the face of the currency falls more on the political side.

“They just sit still. That’s why they still have the penny; they still use the paper dollar bill instead of the coin,” said Olmstead. “They’re politically paralyzed when there are simple, logical solutions and everyone is doing them.”

Olmstead says the outcry about removing a Founding Father would be far more pronounced, compared to the rather muted reaction Canadians had to losing Sir John A. Macdonald — the first Prime Minister of Canada — on the $10 bill. 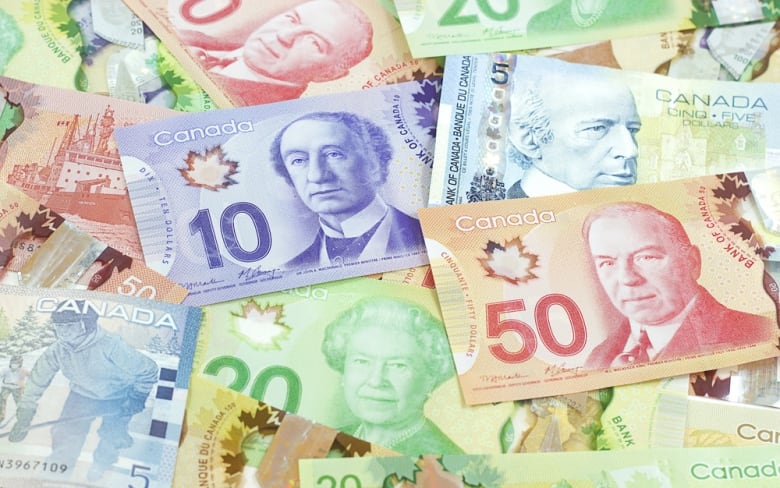 Canada’s first prime minister, Sir John A. Macdonald, was the face of the Canadian $10 bill for nearly 50 years, since 1971. (Shutterstock)

But Author Larry Allen says the U.S. may not be as stuck as Olmstead describes.

He says many Americans are now well aware that historical figures such as George Washington and Benjamin Franklin were slave owners and that’s reshaping the way people think about their country’s past.

“But probably not to the point … that they’re ready to take them off of a bill,” he concedes.

Post Views: 436
Want To Change Your Life? Start Earning Up To $5,000 Per Week After Watching This Video. Click Here!
Related Topics:CanadiancurrencyEvolvesstuck
Up Next

Post Views: 413
Want To Change Your Life? Start Earning Up To $5,000 Per Week After Watching This Video. Click Here!
Continue Reading