Gail Fraser doesn’t think we’ll ever know how many birds are dead after the largest oil spill in Newfoundland and Labrador’s offshore history.

The two academics are leading experts in the seabird populations off Newfoundland and Labrador’s coastline, and both were devastated to learn of the spill on Friday.

“It’s a rough time of year and a cold time of year,” said Fraser, a professor of environmental studies at York University. “If they get their plumage compromised even by a small amount of oil, they can die of hypothermia.” 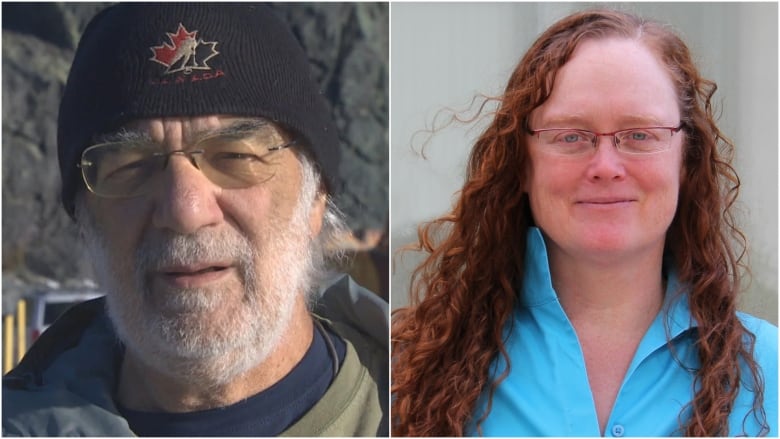 Bill Montevecchi and Gail Fraser both study seabirds off the coast of Newfoundland and Labrador. Both have grave concerns for seabird populations after a recent oil spill. (CBC, York University)

The SeaRose suffered a spill while restarting production after an intense storm on Thursday, as eight-metre waves crashed into the ship.

The area affected — about 350 kilometres off St. John’s — is home to murres and dovekies this time of year as they make their way out to sea for the winter.

Fraser said they pack the area in high density and live right on the surface, making them vulnerable to any amount of pollution.

According to a release sent by Husky Monday evening, five oiled seabirds have been found and a wildlife rehabilitation centre has been set up.

Operations on the SeaRose remain on hold, the release said.

Distrust in the amount of oil lost

Both Fraser and Montevecchi recalled the 2004 oil spill on the Terra Nova floating production storage and offloading vessel (FPSO).

Initial reports by its owner, Suncor, said there had been 40,000 litres lost into the ocean. A few days later, it was updated to 170,000 litres.

As a result, Montevecchi is skeptical of the number placed on this spill — 250 cubic metres, or 250,000 litres.

“It’s really important to realize that that’s an estimate from the oil company — the company that’s liable for spills in the ocean, and they are giving us the estimate,” he said. “I don’t trust that’s in fact the amount of oil spilled.”

What does it do to fish? I don’t know. I don’t think any of us know– Bill Montevecchi

In 2004, seabird biologists tried to figure out how many birds were killed, but the best they could do was to pin the number somewhere between 10,000 and 100,000.

With the sea conditions in the area being rough, Montevecchi has low hopes for those surveying the damage to marine life this week.

Keith Sullivan is also left wondering what this means for the fish.

As the president of the fisheries union in the province, he’s worried about what this spill could mean for the men and women who make a living fishing off the Grand Banks. 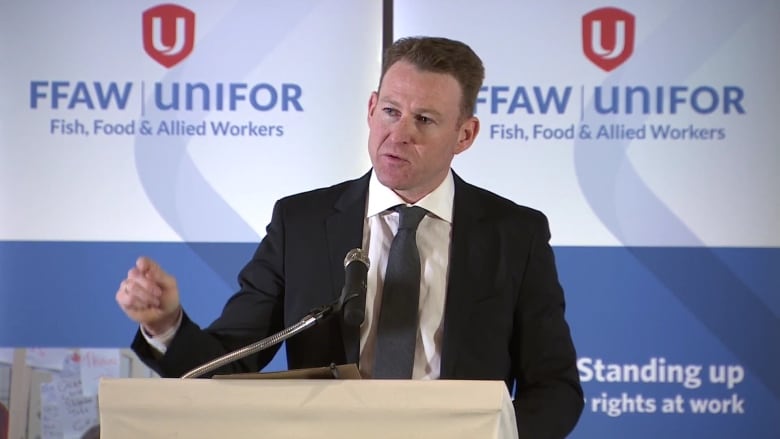 FFAW president Keith Sullivan is concerned for the livelihoods of fish harvesters near the site of an oil spill off Newfoundland. (CBC)

“We know what the North Atlantic is like to operate in, so all precautions should be taken, particularly when there’s a storm. So that’s obvious,” he said.

“The other thing is that this can’t be cleaned up. We know if there’s a storm in these conditions … that’s going to be dispersed. That’s going to have an impact.”

Sullivan was angered to see Husky Energy involved in another controversy in the province’s offshore industry, after they were sanctioned earlier this year for failing to stop production while an iceberg came bearing down on them.

The decision to halt production during Thursday’s storm was made by each of the oil rigs independently. It is also their responsibility to decide when to start production again — without needing approval from the offshore regulator.

While the SeaRose decided to restart on Friday, all other production platforms stood down and remained shut in.

An investigation by the C-NLOPB will now determine if Husky Energy followed its approved safety plan in trying to restart production. 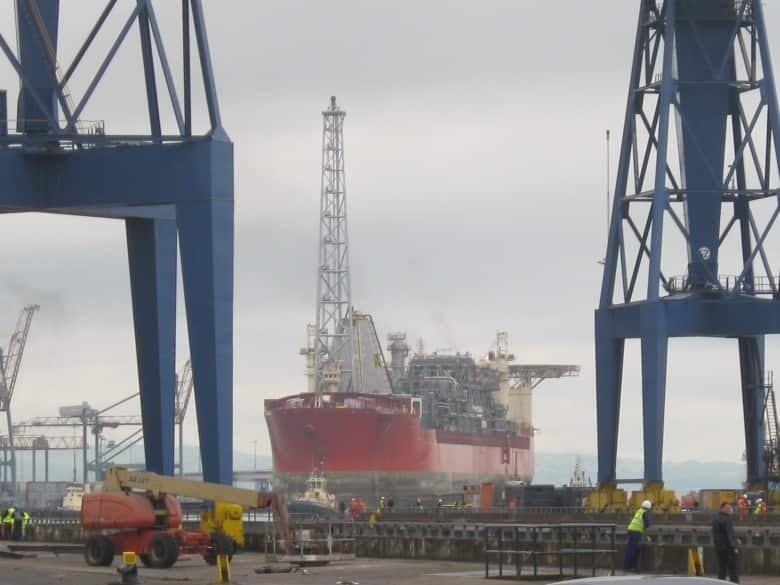 The FPSO SeaRose has been involved in two recent controversial incidents in Newfoundland’s offshore oil industry.

Waves at the time topped 8.4 metres — nearly 28 feet. A northwesterly wind cut across the ship at more than 80 kilometres per hour.

Fraser doesn’t believe that decision should have ever been Husky’s to make on its own.

“Part of the problem is that it’s a daily expenditure to have this rig being operated and not pumping oil,” she said.

“So I would say it was an unfortunate decision that I wouldn’t have agreed with. And I would hope that the regulator going forward could have some rules about conditions where start-ups shouldn’t happen.”

With files from Chris O’Neill-Yates, Jane Adey and Ted Blades

Post Views: 446
Want To Change Your Life? Start Earning Up To $5,000 Per Week After Watching This Video. Click Here!
Related Topics:BiologistsDeadHuskyNLOilseabirdsspill
Up Next

The cost of learning: Research in Canada’s North up to 25 times more expensive

Post Views: 677
Want To Change Your Life? Start Earning Up To $5,000 Per Week After Watching This Video. Click Here!
Continue Reading

Post Views: 4,522
Want To Change Your Life? Start Earning Up To $5,000 Per Week After Watching This Video. Click Here!
Continue Reading