On an old-fashioned paper map, Mount Seymour’s Dog Mountain trail is a fairly easy hike to find. So why do so many people keep getting lost trying to find it?

It may have something to do with hikers using smart phone maps to navigate trails.

A search and rescue volunteer is raising the alarm about what he calls a dangerous trend for outdoor enthusiasts.

Mountaineering expert Alex Wallace says Google Maps and other apps often used by hikers can be misleading about the placement of mountains and hiking trails.

And hikers who rely solely on smart phones for directions in the outdoors are at great risk of getting lost, he said.

Wallace says the placement of trails around Dog Mountain on Vancouver’s North Shore is of particular concern.

During an interview at the popular trail, Wallace noted that the Google Maps erroneously indicated that the Dog Mountain trail was on a ski run.

Wallace says inexperienced hikers may not know the difference.

He said hikers who have no familiarity with the area — and who rely solely on a phone app — can easily be led down wrong paths far away from the actual peak.

Mike Danks of North Shore Search and Rescue said phone apps can be a useful aid for hikers, but they shouldn’t be the primary navigation tool.

Danks urged hikers to use paper maps or GPS devices.

“Solely relying on an app that could potentially not be accurate is not the best idea,” he said. “I highly recommend that you grab an actual map.” 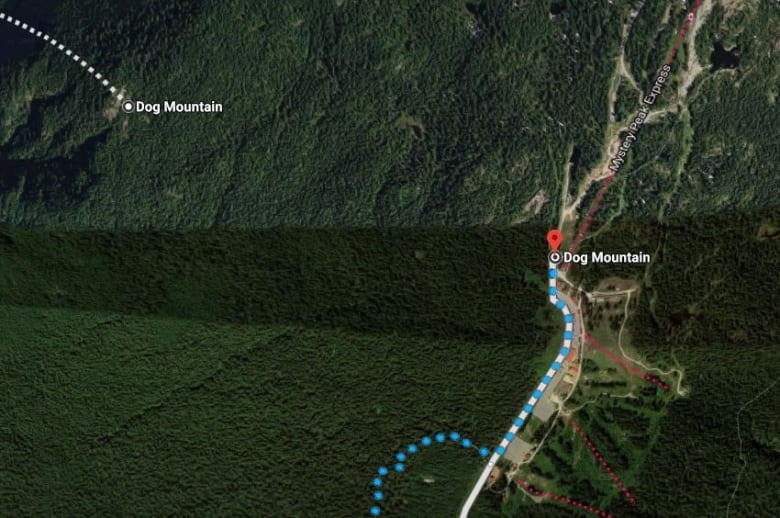 A Google Maps screenshot of two different sites that come up when you search Dog Mountain. One appears to be the trailhead and the other the summit. But Alex Wallace says inexperienced hikers may not know the difference. (Google Maps)

Dog Mountain has been the site of a number of North Shore Search and Rescue missions to find lost hikers. Wallace says people looking for the trail routinely miss the turn off and keep going. They end up confused, looking at their phones.

“They say, ‘Is this the way to Dog Mountain?’ And I say, ‘Well you’ve missed the trail head. It was about a kilometre behind you near the parking lot. ‘”

In October, the high profile rescue of a British national from North Vancouver’s Grouse Mountain brought to light the problem of using a phone for navigation.

Michael John Buckingham was rescued by helicopter after 12 hours in rainy, wet conditions on a narrow ledge just above the mountain. 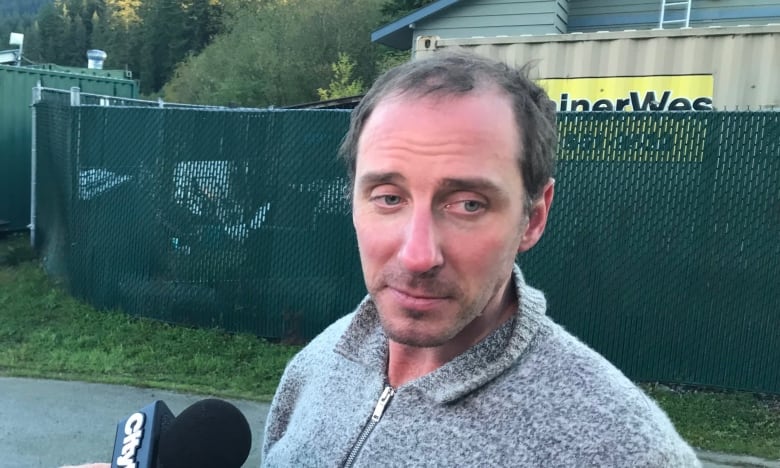 The 37-year-old was relying on the Maps.me app on his phone. He thought he was prepared.

“I can’t praise them enough. I think about bits and start [to] cry at how lucky I am. I don’t know how many people were up that mountain, but I’m thankful for every single one,” he said.

Danks, of North Shore Search and Rescue, says the group is experiencing the busiest year ever and warns of relying on your phone.

“Solely relying on an app that could potentially not be accurate is not the best idea,” he says. “I highly recommend that you grab an actual map from B.C. parks.”

Danks says he is worried that too many people think their smart phone is all they need to navigate the rugged terrain of the North Shore.

‘Sort of got turned around’

CBC spoke with some hikers who say they rely on more traditional navigation tools.

Murray Scadeng says he carries a spot GPS locator because of the spotty cell phone signal in the mountains.

Scadeng’s friend, David Reid, added: “We’ve been up here before in the snow and sort of got turned around. So I think we’re getting a little bit smarter about that…in not just relying on the phone.” 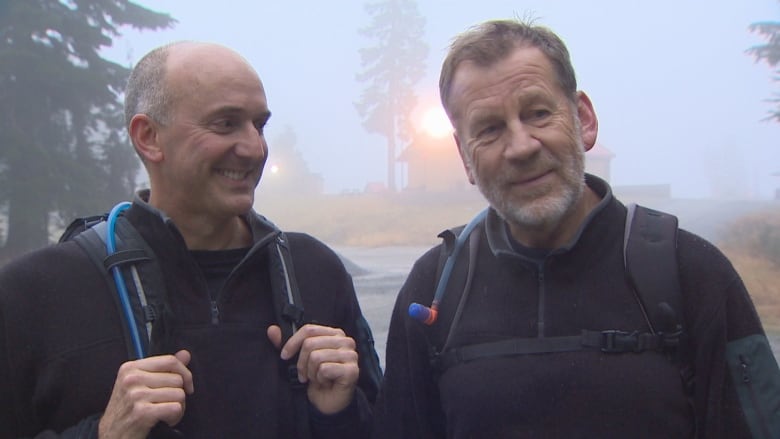 David Reid (left) hiking on Mount Seymour with friend Murray Scadeng. They rely on old fashioned navigation to get to their destination. (Dillon Hodgin)

But it isn’t easy to have these errors corrected. Wallace says he’s flagged the mistakes to Google but has yet to see a correction.

Google Maps did not respond to a CBC inquiry about the apparent errors.

Smart phones are probably still a good way to stay in touch or signal for help, Wallace said. They are often useful to determine changes in the weather.

Mountain experts recommend hikers keep their phones off unless they need to use them and carry a spare battery.

with files from Paisley Woodward

Post Views: 460
Want To Change Your Life? Start Earning Up To $5,000 Per Week After Watching This Video. Click Here!
Related Topics:astraydogheckleadmapsMountainphonesmarttourists
Up Next