If you make it free, they will come.

Parks Canada’s free entry program for the country’s 150th birthday saw Canadians and other visitors flock to national parks and historic sites in record numbers. An extra 2.5 million visitors poured through the gates in 2017.

“We expected we would see a big increase in visitation in 2017,” said Ed Jager, director of visitor experience for Parks Canada. “We also knew that we would see sort of a return to the previous trend.”

Jager said Parks Canada’s chief social scientist — Parks Canada has a chief social scientist, and an economist, and data analysts — predicted exactly what the free admissions in 2017 would do to visitor numbers. He said the good news is that the 2018 numbers are still higher than in the previous years when there were fees, reflecting ongoing marketing efforts to keep visitor numbers growing.

Entry is still free for anyone under 18, which it didn’t used to be, but adults once again pay between $3.60 and $9.80 for day passes to different parks.

The number of visitors to national parks between January and August was up about three per cent compared to 2016. Visits to historic sites are about even, though final numbers could change because some visits, such as by tour groups, might not all be accounted for yet.

Kathleen Yetman, owner of Birdie’s Perch restaurant and the Point Pelee Trading Post, said her business had never seen anything quite like what happened in 2017.

Yetman’s place is just outside the entry gates to Point Pelee National Park, billed as the southernmost point of Canada and a birdwatcher’s paradise. It saw the biggest increase in visitors of any park, with 217,229 additional visitors in 2017 compared with the year before. The number of visitors in July and August was double the previous year’s. 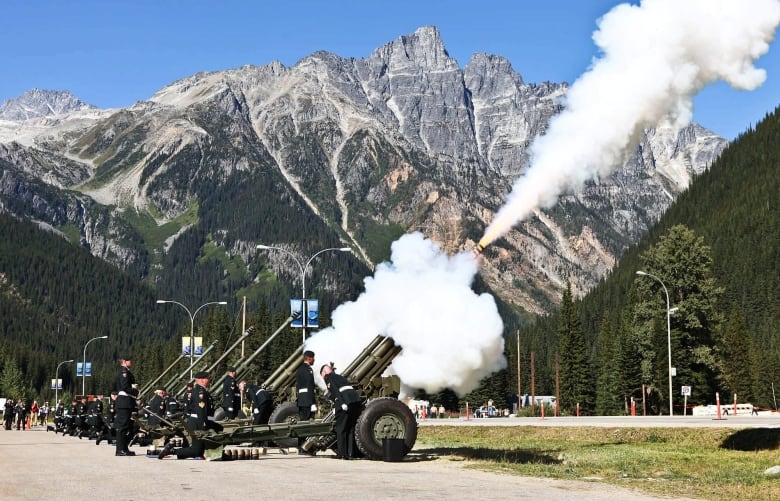 Yetman said the crash in 2018 was expected but she said things were still busier this year than in 2016.

The number of visitors to Point Pelee fell almost 40 per cent in the first eight months of the year, compared with 2017, but is still about six per cent higher than in 2016.

Yetman said she would love for Ottawa to decide to make all parks free again but isn’t expecting it happen. She said the government is clearly working on keeping Point Pelee attractive, with improvements to infrastructure.

Banff National Park, with nearly three million visitors, is the country’s most popular, and its attendance numbers varied very little regardless of the fees.

The government estimated the freebie year would cost about $76 million in foregone admission fees and extra costs to handle all the visits. Jager said the biggest leftover benefit for the parks from Canada 150 is the two million people who signed up for email updates and notices about park programs. That helps market the parks and has resulted in a significant increase in the number of people buying annual passes to get into any national park, he said.

Jager said there haven’t been piles of complaints from people who want the parks to be free again. He says in reality, the small fees are a “pretty good deal.”

“If I’m going to go to a movie with my family it will probably cost me $40 and maybe $80 if I want to get popcorn and a drink and that’s comparative to $20 to spend a day in one of the most beautiful places on the entire planet,” he said.

Post Views: 370
Want To Change Your Life? Start Earning Up To $5,000 Per Week After Watching This Video. Click Here!
Related Topics:
Up Next

Post Views: 680
Want To Change Your Life? Start Earning Up To $5,000 Per Week After Watching This Video. Click Here!
Continue Reading

Post Views: 4,557
Want To Change Your Life? Start Earning Up To $5,000 Per Week After Watching This Video. Click Here!
Continue Reading

Post Views: 425
Want To Change Your Life? Start Earning Up To $5,000 Per Week After Watching This Video. Click Here!
Continue Reading