New renderings have appeared in Toronto developer Collecdev’s resubmission of their mixed-use proposal at 470 Wilson. Designed by gh3 architects, the project is a collection of 3 buildings comprised of office, condo, rental and retail uses. The building will bring 555 residential units to the Wilson and Faywood intersection—right next to Wilson Subway Station, Allen Road and the 401. The condo portion of the project lies in Buildings A and B which share a connected podium level, while Building C houses the rental component of the development. 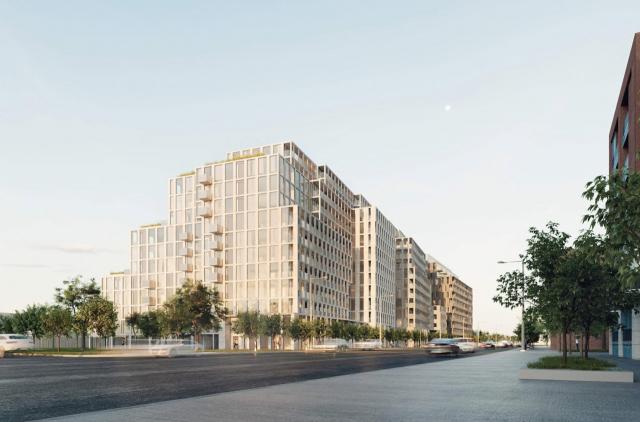 Originally proposed in December of 2016, the developer appealed the project to the OMB after community consultations and a lack of decision from City Council within the required time frame. A pre-hearing was scheduled for early 2018 after which a settlement decision was reached in August of this year. This lead to a number of changes in the unit mix and retail spaces, as well as the introduction of an office component.

The OMB settlement reduced the number of units from 623 to 555. 394 of these units are condominiums, while 161 are for rental purposes. The developer is required to replace the units lost in the demolition of the two 4-storey rental apartment buildings currently on site. 103 of these rental units will be designated for affordable housing. 112 townhome units were initially proposed along the north face of the development, however these units have been removed entirely in the latest application.

The ground floor architectural plans of buildings A and B, image courtesy of Collecdev

During the negotiations that formed this resubmission, 1,184 square metres of office space were added in building B of the development. The on-site four storey office building will be demolished as well, so the provision of new office space will ensure that the area retains that mix of uses. The retail component, which is located in building C on the eastern-most portion of the site, has been greatly reduced from 669 m2 to 214 m2. 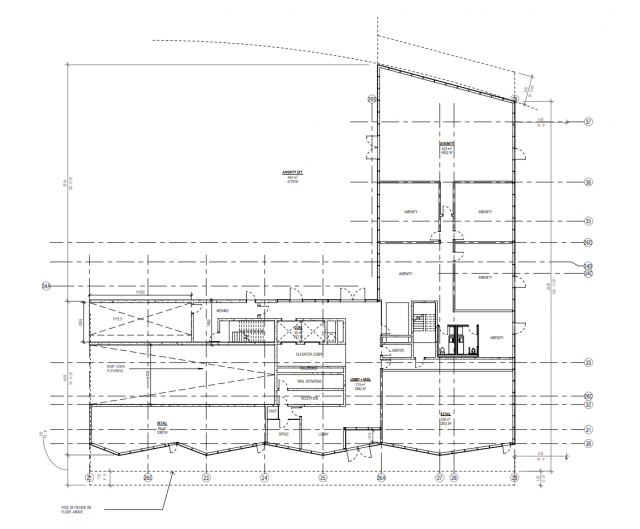 Several Live-Work units have been added to the Wilson Avenue frontage. This type of unit allows professionals to combine a retail or office use with their personal living space using a modular partition. A service business, such as a real estate agent or accountant, could operate a small practice in one of these units. 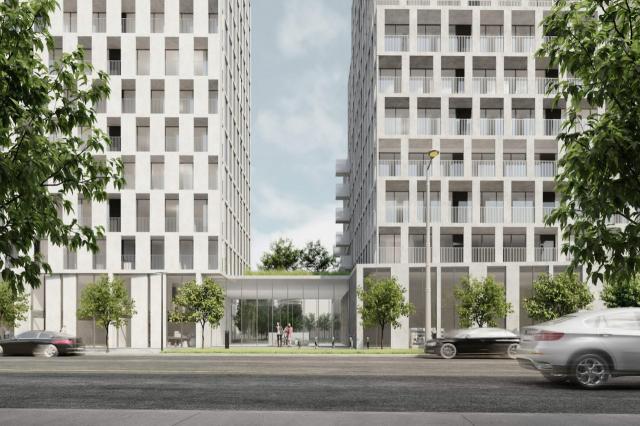 The live work units and condo lobby entrance on the Wilson frontage, image by Collecdev

The height of Building A has been reduced from 13 to 12 storeys – or 36.5 metres, while buildings B and C have retained their previously proposed 12 storey elevation. The north elevation of all the buildings have step-backs reaching down to three storeys at the building’s lowest point, within the 45° angular plane which addresses the low-rise homes to the north. Green roofs and residential terraces sit atop each step-back. The building will feature 1862 m2 of green roof coverage. 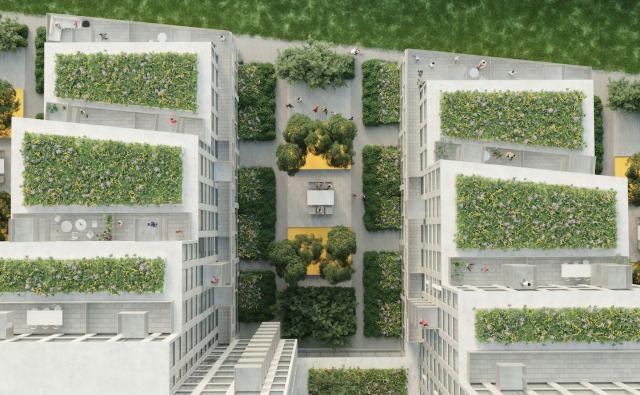 Green roofs and terraced set backs on the north side of Building A, image courtesy of Collecdev

As the functions within the complex have changed, so has the architectural expression. gh3 architects have introduced more articulation in the massing. The Wilson streetwall is now more articulated to break up the more imposing streetwall of the previous design. The unique sawtooth design of the original roofline (see below) is no longer incorporated in the latest iteration. The motif of the white metal grid framing of recessed balconies that dominated the previous design has been retained, and some projecting private balconies have been added to the western elevation. 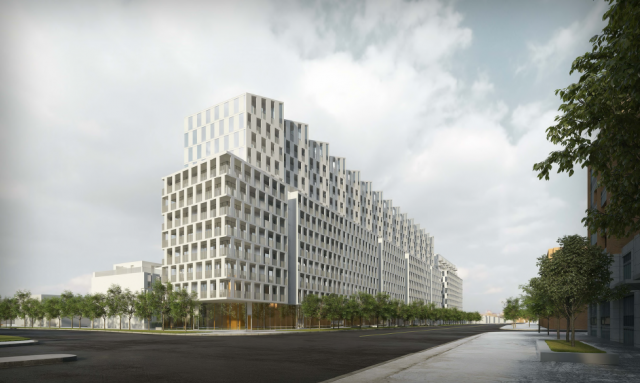 The old design of the building before the alterations, image courtesy of 470 Wilson, Collecdev

Stay tuned for more news as the proposal completes the planning process and heads to the sales and construction phases. In the meantime, you can find more renderings in our dataBase file for the project, linked below. Tell us what you think by getting involved with the associated Forum thread, or by leaving a comment in the space provided on this page.

UrbanToronto now has a new way you can track projects through the planning process on a daily basis. Sign up for a free trial of our New Development Insider here.

Post Views: 390
Want To Change Your Life? Start Earning Up To $5,000 Per Week After Watching This Video. Click Here!
Related Topics:
Up Next

BlackBerry to buy cybersecurity company Cylance for $1.4B US