Shares in California’s electricity and natural gas utility are being hammered after the company revealed it doesn’t have enough cash and insurance to cover losses stemming from the devastating wildfire that may have been sparked by some of its equipment.

Pacific Gas & Electricity lost 25 per cent of its value on Wednesday after the company was named in a lawsuit brought on behalf of victims of the so-called Camp Fire, the massive blaze that has already killed 48 people and destroyed 7,600 structures in Northern California.

According to documents filed with the Securities and Exchange Commission on Tuesday, the company reported an incident to state regulator the California Public Utilities Commission on November 8, after they discovered a power failure on one of their transmission lines in Butte Country, the area roughly 300 kilometres north of San Francisco where the blaze began.

The transmission problem was uncovered at around 6:15 a.m. local time, the company says in the filing. Later that afternoon, the company also reported damage to a transmission tower near the town of Pulga, close to where the fire is believed to have begun some time that day.

Pulga resident Betsey Ann Cowley says the company contacted her in the days before the November 8 to request access to her property to repair transmission lines because “they were having problems with sparks,” she said the company told her in an email. 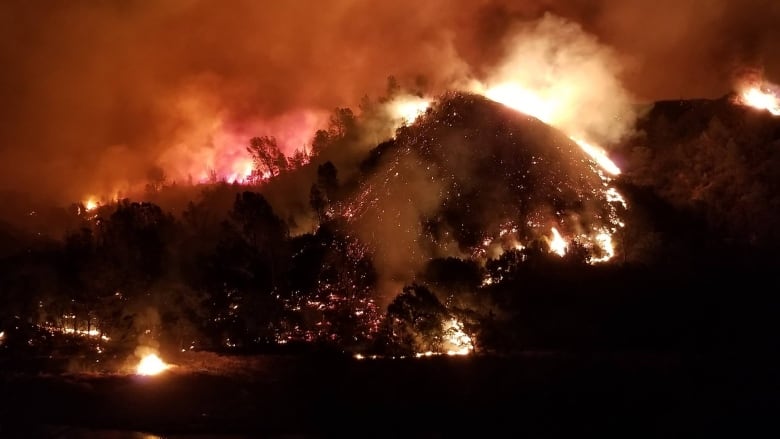 The so-called Camp Fire is on its way to being the most expensive in the history of the state. (Matthew Henderson)

State records show the first reports of a fire in the area came at around 6:30 a.m. that morning. So far the fire has consumed 125,000 acres and is 30 per cent contained. Fire officials don’t expect it to be fully under control until the end of the month at the earliest.

Prior to the 8th, the company had also been warning customers that it may shut off gas and electricity services in the region as a precaution, because the risk of fire was so great. But the company elected not to go ahead with the shut down in Butte County and other areas, citing poor weather conditions.

According to the lawsuit launched by Northern California Fire Lawyers in the San Francisco County Superior Court on Tuesday, the company is liable for the damage that ensued, which most recent estimates peg at more than $15 billion US.

“Despite its own recognition of these impending hazardous conditions, on the day of the Camp Fire’s ignition, PG&E ultimately made the decision not to proceed with its plans for a power shutoff,” the lawsuit says. 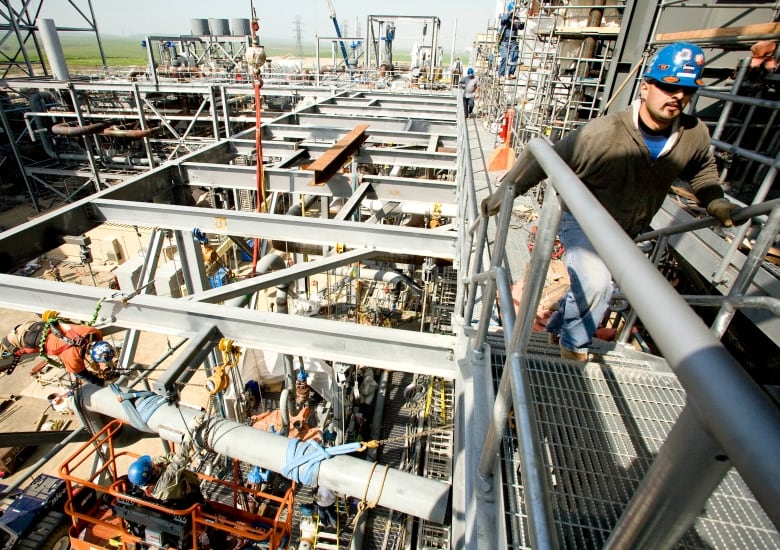 PG&E says it doesn’t have enough insurance to cover the costs. (Ken James/Bloomberg)

Butte County District Attorney Mike Ramsey told KRCR television on Wednesday that attributing the fire to PG&E at this point was “speculative.”

“It’s important to remember that the cause (of the Camp Fire) has yet to be determined,” PG&E said in a statement. “Right now, our primary focus is on the communities, supporting first responders and getting our crews positioned and ready to respond when we get access, so that we can safely restore gas and electricity to our customers.”

The company did warn investors on Tuesday, however, that it had tapped into a $3.3 billion credit facility to shore up cash, and added it is covered for up to about $1.4 billion in liability insurance.

But those figures combined could be nowhere near enough to cover the costs of the massive blaze if the company is found liable in any serious way.

“While the cause of the Camp Fire is still under investigation, if the utility’s equipment is determined to be the cause, the utility could be subject to significant liability in excess of insurance coverage,” the company said in the filing.

Bloomberg untility analyst Kit Konolige said the bill could be for more than the company is worth. “Unless mitigated by regulators, we expect PG&E’s write-offs could exceed the company’s total equity,” Konolige said.

That sent shares plunging. The company was trading at $48 a share the day before the fire started. On Wednesday, those same shares were changing hands at almost half that, barely over $25 each.

Post Views: 414
Want To Change Your Life? Start Earning Up To $5,000 Per Week After Watching This Video. Click Here!
Related Topics:Californiacompanydevastatingelectricallinkplungesrevealingstockwildfire
Up Next

Post Views: 127
Want To Change Your Life? Start Earning Up To $5,000 Per Week After Watching This Video. Click Here!
Continue Reading