A new report says there are just 411 North Atlantic right whales left of the rapidly declining species, in what scientists are calling a “significant drop” in the population.

On Friday, the North Atlantic Right Whale Consortium released its 2018 report card for the endangered whales, which lists fishing-gear entanglements and whale strikes as the leading cause of death for these animals.

“It’s not only sad but it’s kind of tragic — and heartbreaking,” Philip Hamilton, a research scientist at the New England Aquarium and co-author of the report, said Monday.

“This is a relatively slow producing species,” Hamilton said “If you lost 40 whales in one year, and there are 400 left, that gives you 10 years if you keep that trajectory.”

But these numbers don’t include the three documented deaths so far in 2018, as the population estimates are done for the previous year once the data can be analyzed.

“One thing that remains pretty clear in the data is that for every whale you see dead on the beach, or floating at sea, there have been two more deaths of that species,” said Scott Kraus, vice-president at the New England Aquarium and the chair-elect for the right whale consortium.

“In other words, we’re only detecting about a third of the deaths in the population. So when we see three in the United States, it means probably a total of nine died.”

This North Atlantic right whale was freed from fishing lines in the Bay of Fundy near Campobello Island in 2017. (International Fund for Animal Welfare)

But the decrease in population is also because for the first time in the 38 years these whales have been monitored, no new calves were born.

The report said that there were 71 breeding females in 2017, down from 105 in 2015. The report also said that entanglements with fishing gear have a big impact on the females — and within three years of a severe entanglement, only about 33 per cent of females survive.

“Those that are able to break free and survive the initial entanglement, they bear scars and wounds that seem to be impacting their ability to reproduce,” Hamilton said. “They either delay or cease reproduction depending on the severity of the wounds from their entanglements.”

But another reason the whales aren’t reproducing is because of climate change. As whales move further away in search of food, Kraus said the animals are using more energy than they’re getting through food — and female whales need to have adequate reserves to carry a calf.

“In that context, if they take a few years off from having babies, it’s not such a big deal. They can recover from that. But in a population like this though, for them to survive going through several years of not having many kids, we have to stop killing them. That’s the simple answer,” Kraus said. 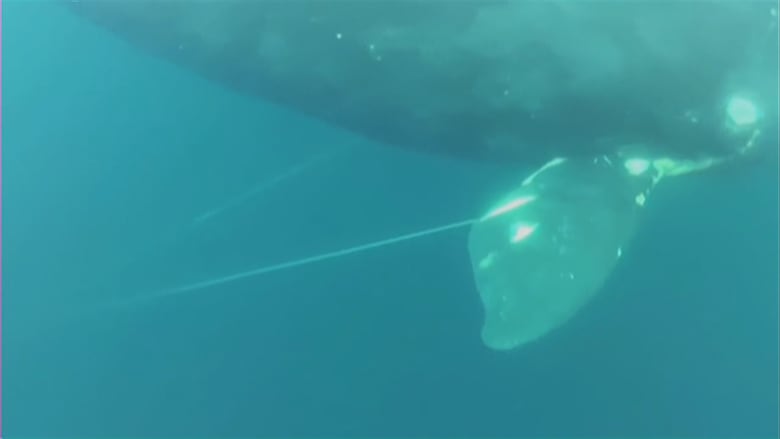 “Anytime you get below 500 animals in a population, you’re in deep trouble,” said Scott Kraus. (Pat Foster/Adrian Colaprete)

In the last year, Canada implemented new measures to try to protect the right whale, after 12 right whales were reported dead in Canadian waters in 2017, along with another five in U.S. waters.

The report points out that while there haven’t been any deaths in Canadian waters this year, there were still three reported entanglements. One of the U.S. entanglement deaths was caused by Canadian snow crab gear.

But the changes in Canadian waters, which included reducing vessel speeds and temporary fisheries closures when a right whale was spotted, are something both Hamilton and Kraus said were effective.

“That’s moving in the right direction. The question is whether or not that is sustainable,” Hamilton said.

Hamilton said increasing the size of protected areas and trying to remove fishing lines from the water column are some of the big next steps to keeping the species alive.

“The silver lining that I see in the current trajectory is that people will actually realize that we cannot sustain this. It’s going to take really big changes in how we fish and how we ship,” Hamilton said.

“And that’s possible. So hopefully the direness of the situation will be the one thing that saves them.” 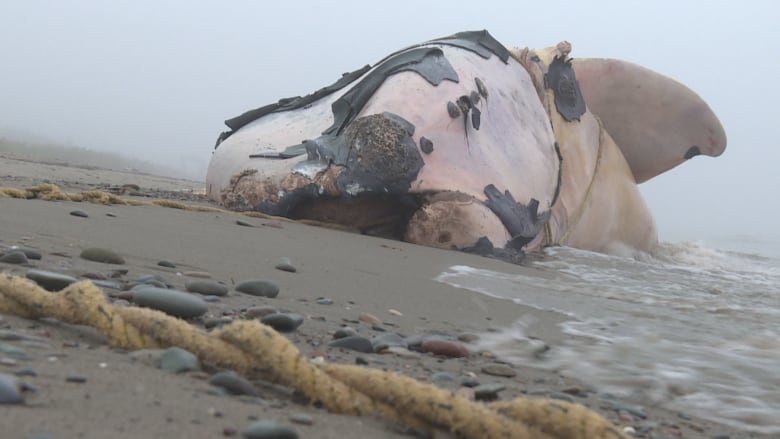 Kraus, too, said the whales can recover from very low numbers

“I do feel optimistic about it largely because many of the shipping and fishing industry groups have really bought on to the idea that they need to change practices to figure out how to co-exist with right whales,” he said.

“So it may take us a few years, but I have a lot of confidence that we’re going to be able to keep guys fishing, keep the shipping going and not kill whales at the same time.”

Post Views: 357
Want To Change Your Life? Start Earning Up To $5,000 Per Week After Watching This Video. Click Here!
Related Topics:AtlanticleftNorthReportwhales
Up Next

Post Views: 291
Want To Change Your Life? Start Earning Up To $5,000 Per Week After Watching This Video. Click Here!
Continue Reading