Police in the Montreal-area are warning parents about online predators using the popular video game Fortnite to lure minors into a sextortion scheme.

Four cases have been reported in the past few weeks, according to police.

In three of those cases, minors were threatened, and in one, the victim sent personal photos to the cyber-predator.

Sgt. Jean-Luc Tremblay with the Richelieu Saint-Laurent police said the predator, or predators, tried to infiltrate groups of friends by offering them a chance to advance their game in exchange for providing revealing photos.

Those messages happen over the social media platform Instagram.

Then the predator threatened to share the images unless the teen sent even more intimate material.

Fortnite has become the most popular game of 2018, thanks to its surreal mix of first-person shooter action and dance moves. 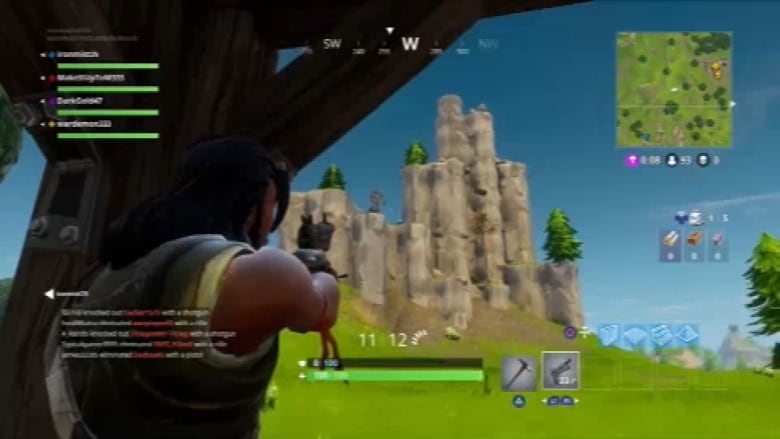 Levelling up in the popular video game Fortnite has become the basis of a scheme to get teenage boys to send personal photos to predators online. (Fortnite/Screengrab)

Police are working with school boards in the area to disseminate information about the sextortion.

“[Police] communicated with us asking us to transmit a communiqué to inform parents and help them,” said Lynne Arcand, an administrator with the Commission Scolaire des Patriotes, a French-language school board representing more than 30,000 students on Montreal’s South Shore.

Arcand added that the school board regularly works to build awareness about social media safety.

“Our role is education for the kids. Adopting good behaviours on social media. Not to give up their passwords. To be vigilant with whom they are chatting,” she said.

Student Guillaume Lelièvre said he doesn’t play Fortnite but believes “a lot of people would be taken in by this.”

The Canadian Centre for Child Protection, a national organization based in Winnipeg, works to prevent the online exploitation of children and says it receives about half a dozen reports to its national tipline about similar cases to what is being reported in Quebec.

“[Kids] are in absolute crisis because they’ve either shared a sexual image and they’re being extorted for more or they’ve paid money, so they’re desperate for solutions,” said Signy Arnason, the associated executive director of the centre. 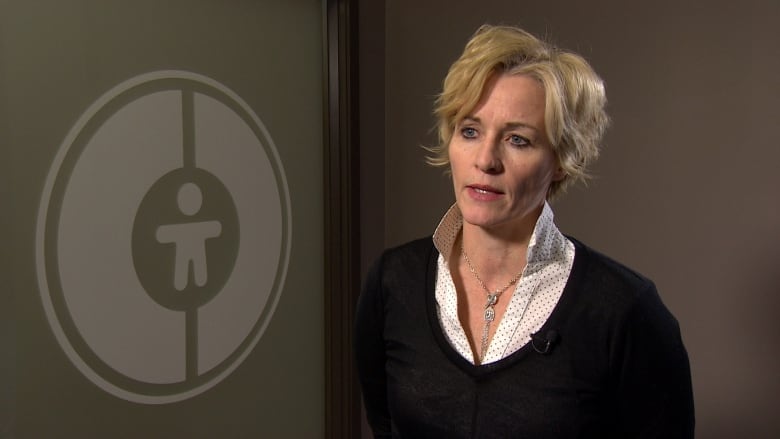 Signy Arnason with The Canadian Centre for Child Protection said the organization receives calls from minors in crisis over similar situations each week. (CBC)

She said the minors think they’re connecting with a friend or peer, and end up sending something because they don’t realize they are messaging with an adult.

“And then they find out that it’s more nefarious and then the blackmailing starts,” she said.

Arnason and police are encouraging parents to have conversations with their kids about the scam.

“They’re all vulnerable as soon as they’re online,” she said.

Post Views: 429
Want To Change Your Life? Start Earning Up To $5,000 Per Week After Watching This Video. Click Here!
Related Topics:FortnitegameminorsonlinepopularQuebecschemeSextortiontargets
Up Next

Chinese electric cars are coming to Canada, but you can’t have one yet: Don Pittis

Post Views: 2,732
Want To Change Your Life? Start Earning Up To $5,000 Per Week After Watching This Video. Click Here!
Continue Reading