To Canadian fisheries scientist Luc Comeau, the humble blue mussel is more than a bivalve — it’s a bio sentinel.

“If something is strange in the environment, they will behave strangely,” says Comeau, a scientist with the Department of Fisheries and Oceans.

Comeau is part of an international effort that is using sophisticated sensors to convert a mussel’s distinctive behaviour when exposed to stressors into an early detector of toxic algae.

In September, Comeau and other scientists installed a floating monitoring station next to the fish cages at the Cooke Seafood salmon farm at Saddle Island near Halifax.

The sensors are attached to recorders in a watertight compartment.

The system is powered by solar panels. 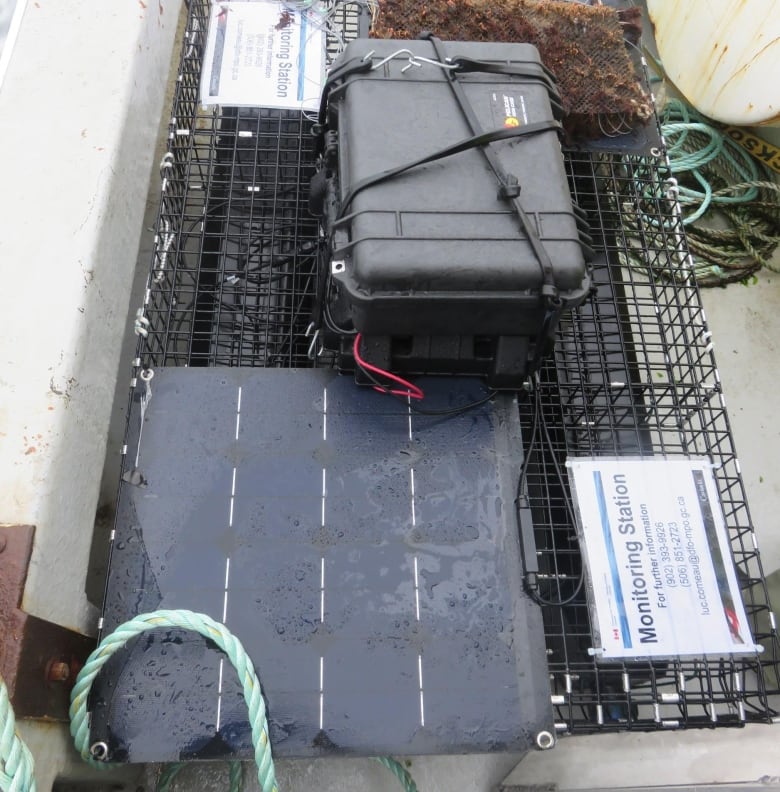 The shell movement, opening and closing, can be captured by the sensors and recognized.

“DFO’s interest in this is having an early warning system, having sentinels out at sea that could monitor continuously the water quality. So these mussels that are connected are like canaries in mines,” he says.

As close as your smartphone

The project at Saddle Island is led by the Department of Fisheries and Oceans, Cooke and Dalhousie University.

On a foggy, rainy day at the fish farm, the team retrieves the monitor and downloads the data from two recorders onto a laptop on the back of a bobbing boat.

“Everything is nice and dry. That was a big relief,” says Comeau.

The pilot project was run to test the equipment.

Next year, scientists from France will travel to Nova Scotia to install equipment developed at oyster farms in Europe capable of transmitting mussel sensor information automatically to a server.

“The idea would be the public or stakeholders that are interested in water quality could get a signal on their smartphone telling them about the mussels and if they are happy or unhappy, basically.”

It’s not as simple as that, of course.

The sensors take readings 10 times a second and that translates into an “extraordinary” amount of data, says Dalhousie oceanographer Jon Grant.

So much data that the Dalhousie department of computer science has been enlisted to help process it all. 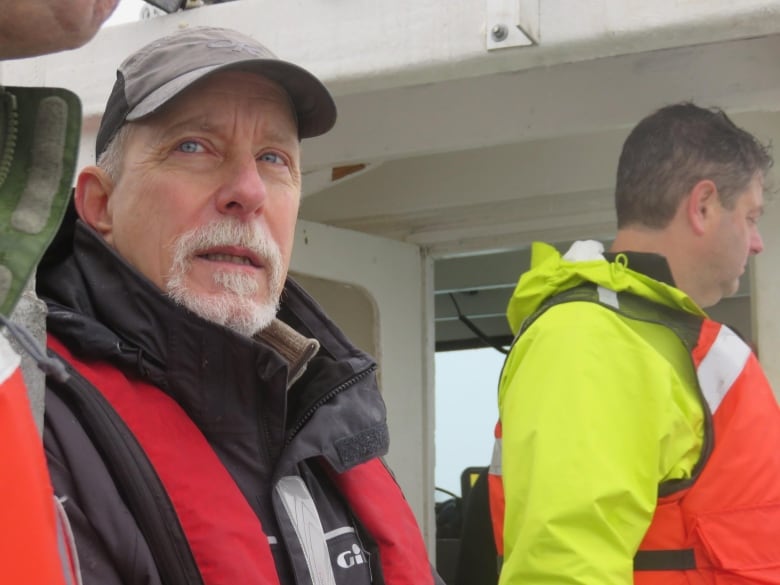 Grant says it’s one of the first projects to be funded under Deep Sense, an IBM initiative helping ocean researchers in Atlantic Canada.

“Deep Sense is an outreach program to assist investigators with their massive data problems in analysis, artificial intelligence and other techniques that come from places like IBM,” says Grant.

Algae blooms are not generally lethal to salmon but they do irritate them, potentially altering feeding and growth.

Grant, who has received $2 million from Cooke to help fund aquaculture research in the region, says using mussels to detect harmful algae fits into the advanced sensors systems already in use at Saddle Island.

“It’s remarkable and when we align that with the other sensors we have, even better.”

Cooke is already getting a whole raft of real-time information on water conditions inside its pens at Saddle Island.

The system was developed at the site by sensor company VEMCO in Bedford. 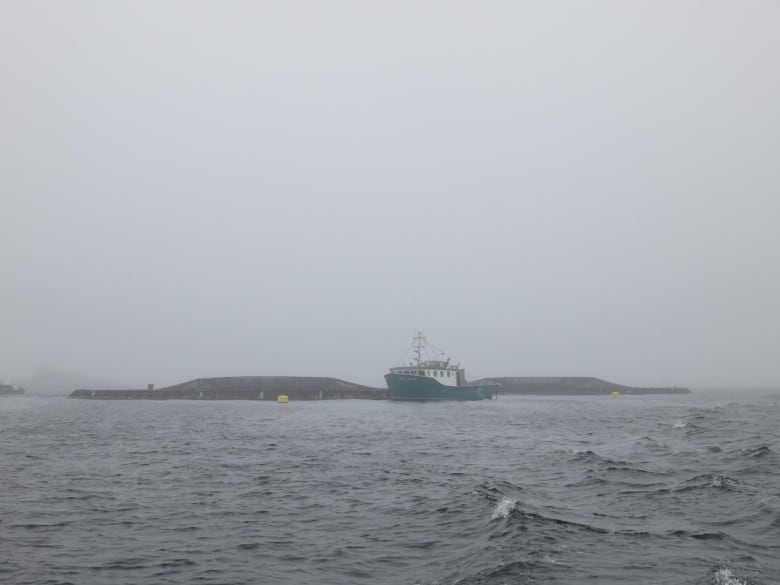 “This is all crucial data for us, for a salmon farmer,” says Andrew Lively of Cooke, holding up a smartphone with the displayed data.

Five years ago, he says, someone would have had to insert probes in the water, collect the data, go back to shore, write it out and put it in an email.

“With this we can get it right here, all the time. This technology is being deployed all around the world and it was all developed here in Nova Scotia.”

VEMCO has created a separate company called Realtime Aquaculture to market its system. One of its customers is Cooke’s Norwegian competitor, Cermaq.

Pumping oxygen into the ocean

Cooke is also testing a system to pump pure oxygen into the sea at Saddle Island to address low oxygen levels that can occur at coastal fish farms.

A barge with an oxygen generator has been installed next to one of the cages.

Grant says Saddle Island is an indication of the advanced approaches underway at fish farms as the industry seeks more buy-in from the community — often called social licence.

“You drive by and you see these things in the water. What’s really going on out there? What are the conditions under which the fish are being grown? How is it affecting the environment?” he says.

“When the data is shared or made more accessible to others or the information is made more accessible, we perhaps grow more comfortable with the idea that this is something that is being rigorously tested, examined and applied in terms of husbandry.”

Post Views: 427
Want To Change Your Life? Start Earning Up To $5,000 Per Week After Watching This Video. Click Here!
Related Topics:musselsPredictingtoxicwired
Up Next

Chinese electric cars are coming to Canada, but you can’t have one yet: Don Pittis

Why do some planes in Canada lack potentially life-saving emergency beacons?