The research arm of the Vancouver Aquarium is ringing alarm bells about the future of B.C.’s coastal waters, saying current plans for dealing with climate change and other human-caused disturbances fall short of what’s needed.

A new report from the Coastal Ocean Research Institute breaks down the current state of B.C.’s ocean waters. It finds that sea levels seem to be rising faster and higher than previous models predicted, while surface temperatures creep ever higher.

The report also suggests, that despite anecdotal reports some sea star species are recovering from a devastating wasting disease, these important ocean creatures have shown no measurable signs of a rebound.

“Plastic and other trash is finding its way to remote beaches, disease in sea stars remains a mystery, increasing underwater noise from boats and ships makes it harder for whales to find food, and the ecological consequences of ocean warming and sea level rise have no boundaries.”

The report combines the latest findings from the research institute and other initiatives connected to the aquarium, as well as scientific findings from around the world.

There is some good news in the report, including a rising public interest in things like citizen science and sustainable seafood choices, but overall, the message is that coastal B.C. waters are becoming increasingly vulnerable.

The report warns that plans to protect coastal communities from the ravages of climate change need to be updated in the face of new research. 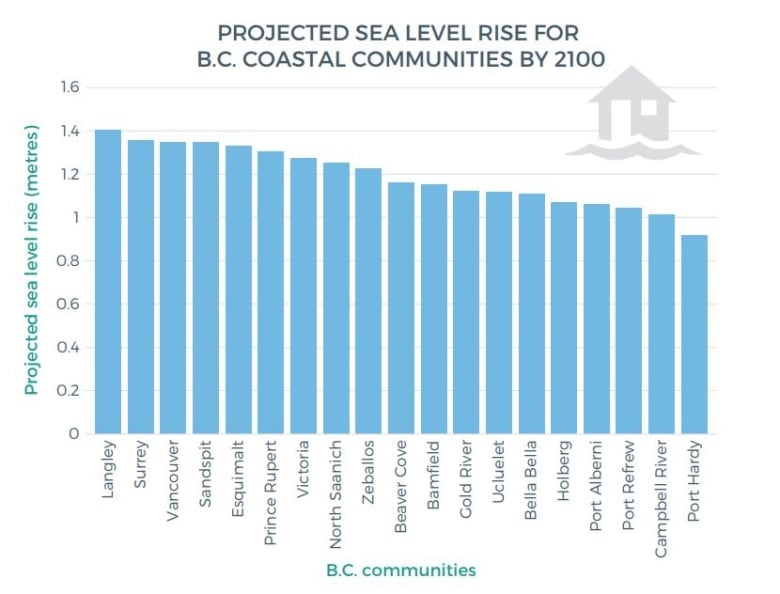 The report points out the B.C. government has planned for a 0.5-metre rise in sea levels by 2050, and one metre by 2100, but, “new science suggests that may not be enough.”

That’s because February 2017 estimates from the U.S. National Oceanic and Atmospheric Administration suggest that global sea levels could rise by up to 2.5 metres by the end of the century.

The major driver of this trend is rising temperatures caused by climate change, and satellite data suggests the sea’s surface on the west coast is warming by about 0.1 degrees Celsius per decade. 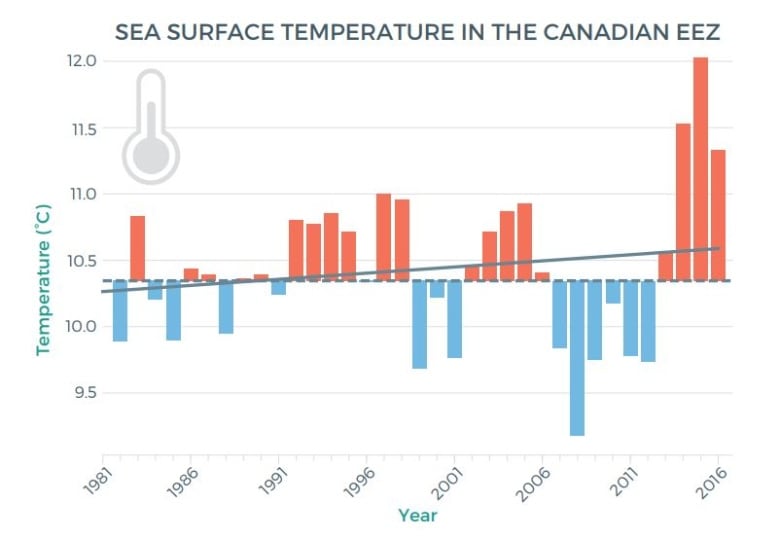 An unexplained boom in juvenile sea stars of some species in 2014 and 2015 was short-lived, the report says — most of those young animals disappeared within weeks or months. 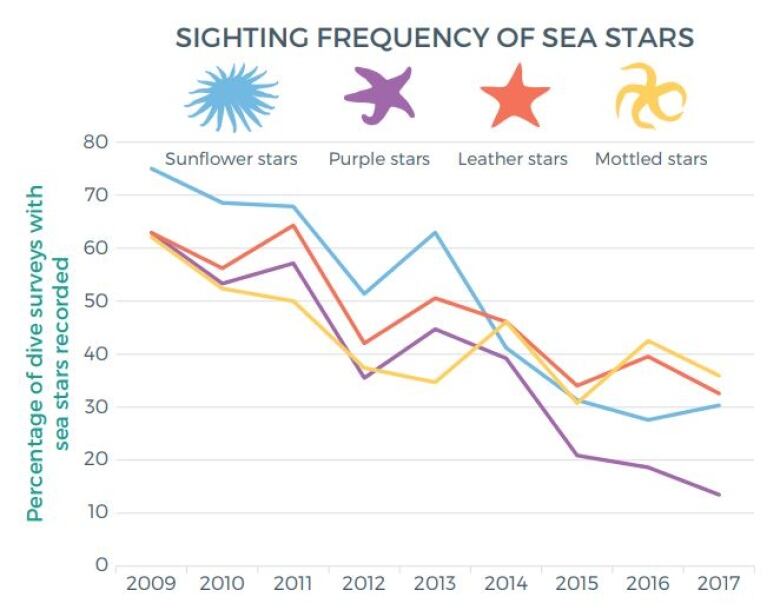 Though scientists still don’t fully understand the disease, they say the die-off could have significant impacts on the ocean ecosystem.

The purple sea star, for example, is what’s known as a “keystone predator” — it helps control mussel populations, which makes space in the ecosystem for other species. Without the sea stars, mussels explode in abundance, out-competing other invertebrates for space and resources.

The result is a decline in biodiversity, according to the report.

Researchers at Simon Fraser University have already shown how a massive drop-off in sunflower sea star populations has led to a decline in some of B.C.’s kelp forests. Without an abundance of sea stars to eat sea urchins, there’s been a boom in urchin numbers, which are voracious kelp eaters.

Post Views: 359
Want To Change Your Life? Start Earning Up To $5,000 Per Week After Watching This Video. Click Here!
Related Topics:BCsLevelsplansReportrisingSeawarns
Up Next

Why organic waste could be a gold mine

Some dinosaur eggs were blue, brown or speckled