The federal government wants to create new ocean sanctuaries off the British Columbia coast as part of an additional $61.5 million it is spending to protect endangered killer whales.

The protected areas of Swiftsure Bank in the Juan de Fuca Strait between Vancouver Island and Washington state, and La Perouse Bank off Tofino, B.C., will be areas that the whales can call home, he said. 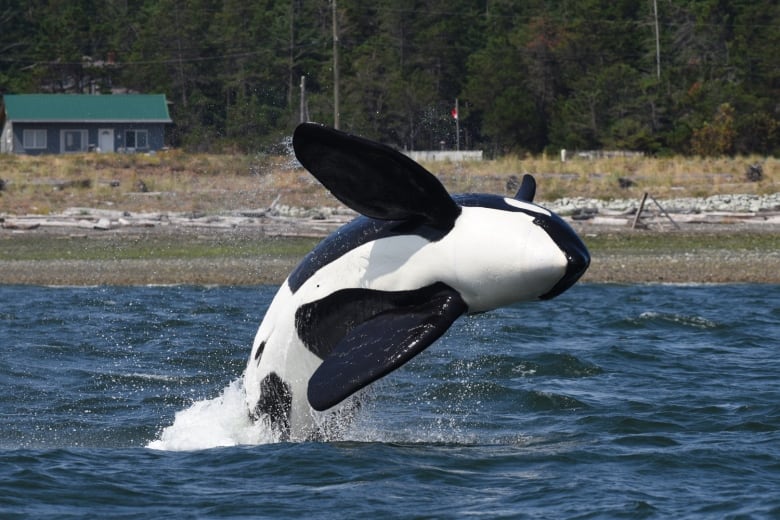 The whale known as T73B hung around the Comox Harbour for several days in August. (Fisheries and Oceans Canada)

“We are in the process of consulting on those new critical habitat areas and expect to be able to move forward on them in the next couple of months,” he said.

“We are also talking about creation of killer whale sanctuaries, which essentially are within the areas of critical habitat … which means that we can prohibit a range of different activities, not simply fisheries, where you can regulate that ships cannot go.”

The government previously announced $167.4 million would be spent to improve prey availability and reduce disturbances for whales. 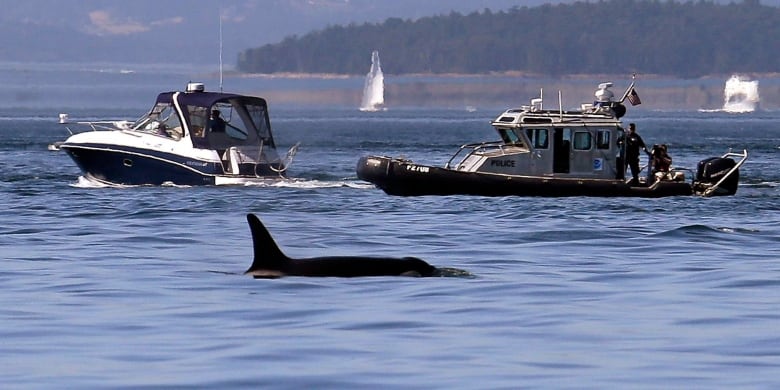 A U.S. law enforcement patrol boat, right, is stopped near a recreational boat going past an orca whale in the Salish Sea in the San Juan Islands, where orca patrols ask vessels to give the sea mammals enough space. (Elaine Thompson/Associated Press)

Southern resident killer whales were listed as endangered in 2003 and only 74 of them remain in the wild.

Wilkinson said the government will take a closer look at enhancing food sources for whales by putting money into a new hatchery to increase the stock of chinook salmon.

While there have been calls for a ban on chinook salmon fishing, he said the government “hasn’t gone there yet.”

“We’ll certainly be looking at the needs of the southern resident killer whales and trying to ensure balancing economic issues with environmental issues,” he said.

Earlier this year, the federal government closed about 35 per cent of recreational and commercial chinook fisheries in the Juan de Fuca Strait and around portions of the Gulf Islands.

Misty MacDuffee, a conservation biologist at the Raincoast Conservation Foundation in B.C, said she was encouraged by the move to identify sanctuaries where the animals can be protected from fishing and whale watching.

She said the government has to increase the number of salmon in the sanctuaries and a hatchery “is not a promising way to do that.”

“The best way to increase the abundance of chinook is by closing fisheries.” 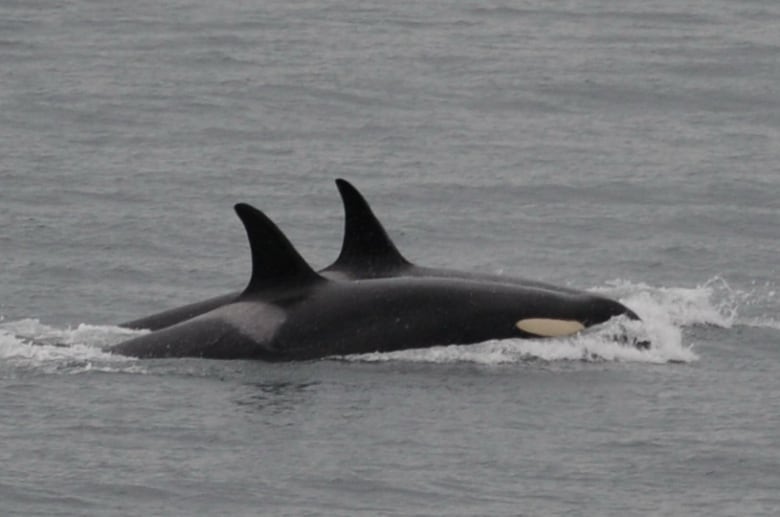 Orca J35, in the foreground, chasing salmon with her pod in August 2018. (Centre for Whale Research)

The Fisheries Department proposal to enhance the availability of chinook in the fall in the Fraser River will not help southern resident killer whales when they need the salmon in the early spring and the summer, MacDuffee said.

“The importance of those early-time chinook are key to southern resident killer whales,” she said. “What the feds are proposing to do is enhance chinook that are returning in the fall.”

In addition to food, Wilkinson said the government is looking at moving shipping lanes further away from areas preferred by killer whales, as well as long-term solutions such as quieter ships to reduce overall vessel noise.

“With the ferries, they are structured in such a way that reducing the speed doesn’t help as much with the noise.”

A conservation agreement is in the works with BC Ferries to ensure its vessels take a wide berth around the whales, he said.

Two years ago, Transport Minister Marc Garneau said the government was working with BC Ferries on possible approaches to help decrease noise and traffic.

Wilkinson said he hopes to have the bulk of the measures in place by May when the whales return to the area. But it will take some time to reduce noise and purchase ships that are quieter, he said.

Post Views: 479
Want To Change Your Life? Start Earning Up To $5,000 Per Week After Watching This Video. Click Here!
Related Topics:areasBCcoastcreatekillerOttawaprotectedwhales
Up Next

Post Views: 697
Want To Change Your Life? Start Earning Up To $5,000 Per Week After Watching This Video. Click Here!
Continue Reading

Post Views: 4,598
Want To Change Your Life? Start Earning Up To $5,000 Per Week After Watching This Video. Click Here!
Continue Reading

Post Views: 431
Want To Change Your Life? Start Earning Up To $5,000 Per Week After Watching This Video. Click Here!
Continue Reading