A farm outside of Kamloops, B.C. is trying to make its operation 100 per cent waste-free. Its secret? Bugs.

Anastasia and Aras Balali Moghaddam, owners and farmers at Caspian Acres in the Cherry Creek area west of Kamloops have launched a pilot project that uses black soldier flies to feed some of their animals. This is an alternative to buying food pellets, which can be expensive.

Caspian Acres raises pigs, sheep, and poultry. Black soldier flies are packed with nutrients and are especially beneficial to chickens and ducks.

By raising their own feed, the Balali Moghaddams are developing a farm that is completely regenerative, said Aras.

The farm brings in three tons of food waste — three to four truck-loads — every week from food banks and restaurants. The donated leftovers can either go into the soil as compost, or be fed to the animals. 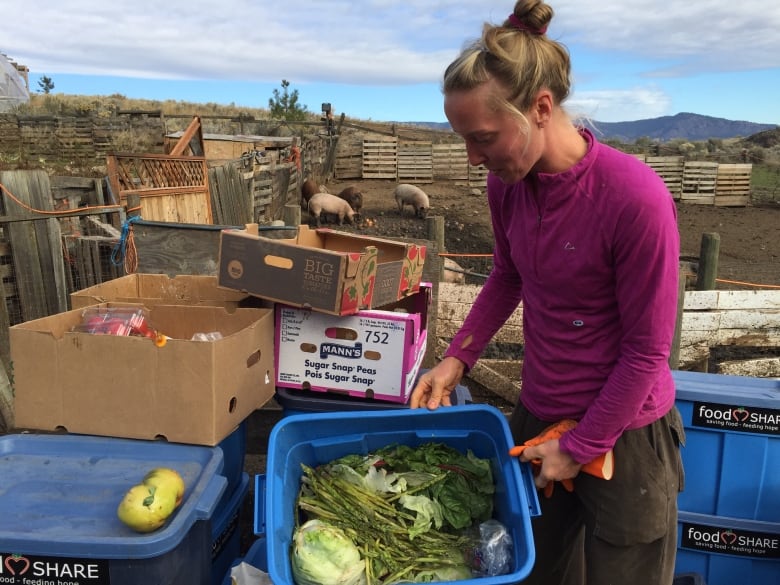 Anastasia Balali Moghaddam sorts food-waste from food banks and restaurants. This will be fed to animals like pigs, sheep and birds. (Jenifer Norwell/CBC)

The pigs at Caspian are only fed food waste, like avocados and melons. But while the pigs thrive on eating food waste, poultry and birds like ducks need more protein, says Aras.

That’s where the black soldier flies come in.

Since food waste would not be enough for his chickens and ducks to eat, Aras started doing some research and learned about the benefits of raising insects as food.

Black soldier flies can measure up to two centimetres long, depending on how much food they get as larvae, according to Aras. The nutrients they consume during this period are used throughout their life cycles.

And they consume a lot.

A square metre of black soldier flies can eat about 15 kilograms ​of organic material like food waste per day, says Aras. 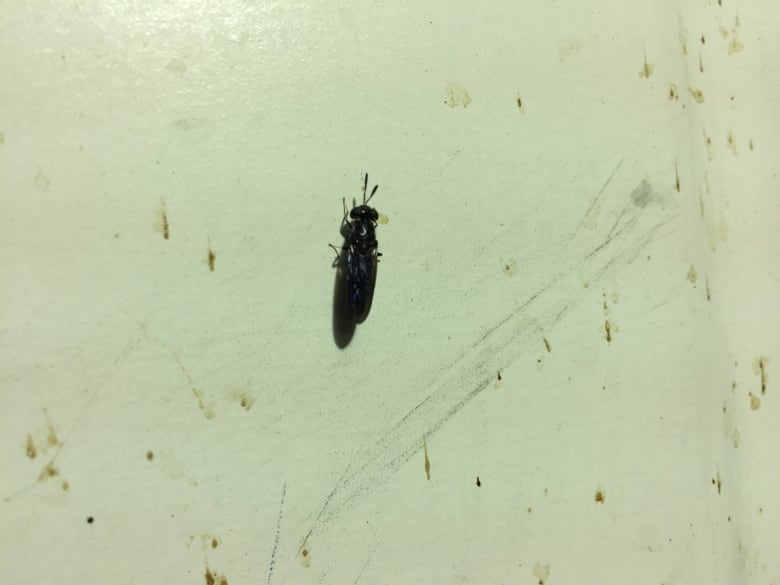 This makes the insects extremely high in protein, and especially beneficial to chickens and ducks when combined with food-waste like leafy greens and tomatoes.

The black soldier fly larvae is at its best nutritional value between day 12 and 14, he says. The farm has half a million larvae now. When the flies are fully grown, they are used to breed more larvae for food.

“We have a batch of ducklings next week, and want to start them off with feeding on the larvae,” says Aras. 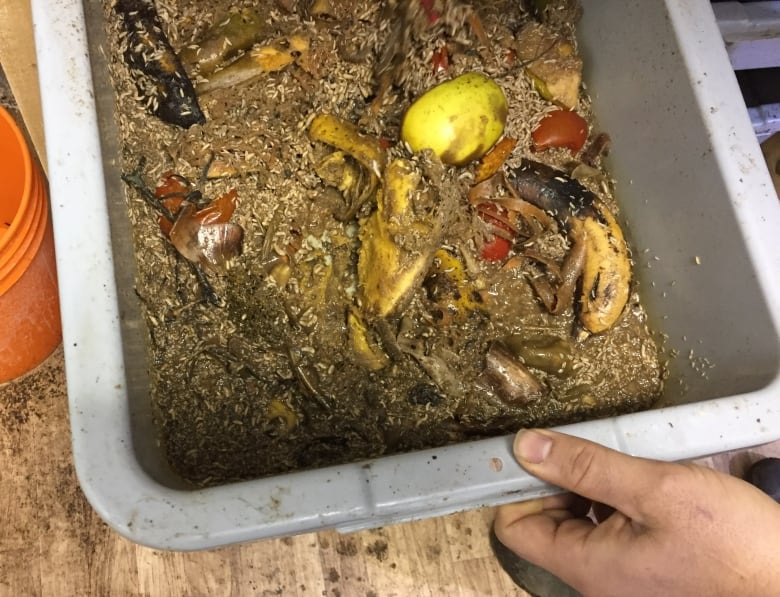 He says the farm is working toward becoming a black soldier fly breeder and providing other farms with a way to adopt their system.

“For me, seeing the [black soldier flies] lay eggs and seeing the eggs hatch is just as exciting as holding a newborn lamb … I don’t see a difference. It’s just the cycle of life.”

Listen to the full story here:

A farm outside of Kamloops, B.C. is trying to make their operation 100 per cent waste-free. Their secret? Bugs. 7:49

With files from Daybreak Kamloops.

Post Views: 438
Want To Change Your Life? Start Earning Up To $5,000 Per Week After Watching This Video. Click Here!
Related Topics:BCbreedsBuggingeffortfarmflieswastefree
Up Next

Post Views: 2,732
Want To Change Your Life? Start Earning Up To $5,000 Per Week After Watching This Video. Click Here!
Continue Reading