Broadhead, who lives in Ottawa, says the rodents have made a series of targeted strikes on his air-filters, motors and fuel injector wiring, with repair costs eating away about $1,000 of his savings.

Now his new routine is to remote-start his vehicle from a safe distance and then watch the underside for escaping squirrels.

“I’m paranoid about this, because it’s freaking expensive,” Broadhead said.

Watch as Lenard Broadhead explains what squirrels have been doing to his car:

Lenard Broadhead says a squirrel that finds his Honda car irresistible has cost him $1,000 in repairs. 0:41

Many automakers have shifted to bioplastics in recent years.

In the U.S., several class-action lawsuits have been launched against Honda, Kia and Toyota, with plaintiffs typically arguing that the environmentally friendly wire insulation gives off a faint smell of vanilla when warm — too tempting for rodents to resist.

In Broadhead’s case, he said the damage is more than just an expensive inconvenience. He worries it’s also a safety issue.

While driving earlier this month, Broadhead’s car “went crazy with all kinds of alarms,” he said.

He headed back to the dealership at 30 km/h and waited while technicians discovered that wires leading to his vehicle’s fuel-injection system had been gnawed. 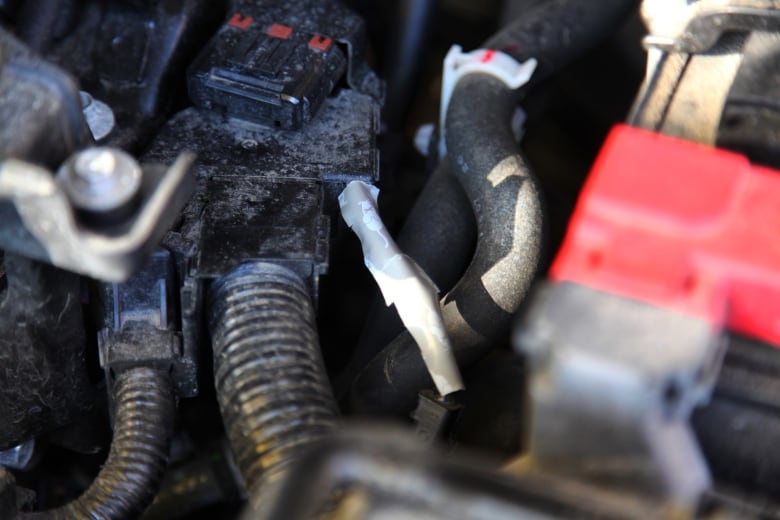 Technicians at a Honda dealership added genuine Honda anti-rodent tape to some of the wiring in Broadhead’s CRV. (Stu Mills/CBC)

At Hunt Club Honda, service manager James Ringwald is sympathetic, even to the point of making repairs to Broadhead’s cars at cost, but he isn’t so sure the parts are the problem.

He said rodents wreaking havoc on vehicles isn’t anything new, and that cars of any vintage and any manufacture can be irresistible to nesting pests.

But Broadhead is sure the problem is with the formulation of the plastics in his car because on other occasions, Kia, Mazda, Hyundai and Ford automobiles have been parked in his driveway and none has been gnawed-upon.

He thinks the existence of Honda Part No. 4019-2317, a cayenne-pepper infused anti-rodent tape, stands as a tacit admission that there are uniquely-Honda problems with the company’s plastic formula.

“How come they’re the only manufacturer that sells this?” wonders a skeptical Broadhead.

At $91 for a thin 20-metre long roll of tape, it’s not just the taste of the tape that made Broadhead’s eyes water.

Last week, he paid for technicians at Hunt Club Honda to add short lengths of the special rodent-deterring Honda tape to wiring under the hood.

He’s waiting to see if it works. 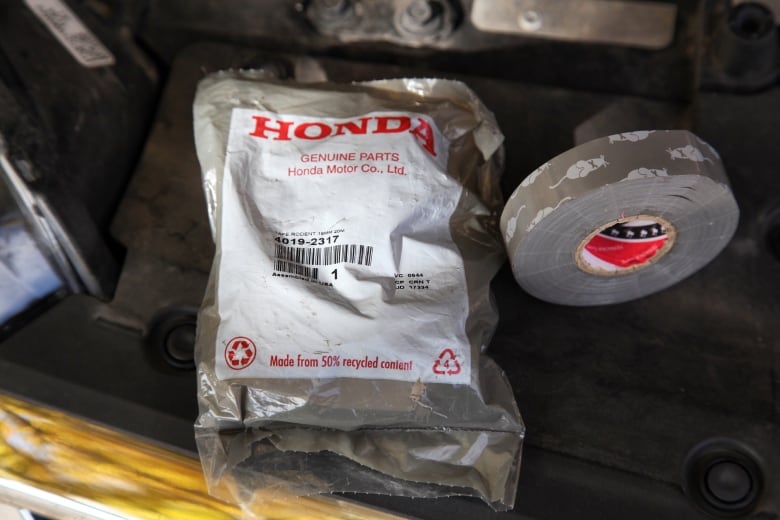 Honda Part No. Honda 4019-2317 is a cayenne-pepper infused, anti-rodent tape meant to prevent pests from chewing through wires.

In addition to investing in the spicy electrical tape, the 69-year-old former bureaucrat with the federal government now parks in the garage.

He has also added a mesh bag containing both mothballs and cotton balls soaked in peppermint oil to his engine compartment.

Additionally, he’s mixed up his own elixir of dish soap, water and hot pepper sauce to spray around the perimeter of his driveway.

Honda Canada did not respond to questions about plastics problems from CBC News. 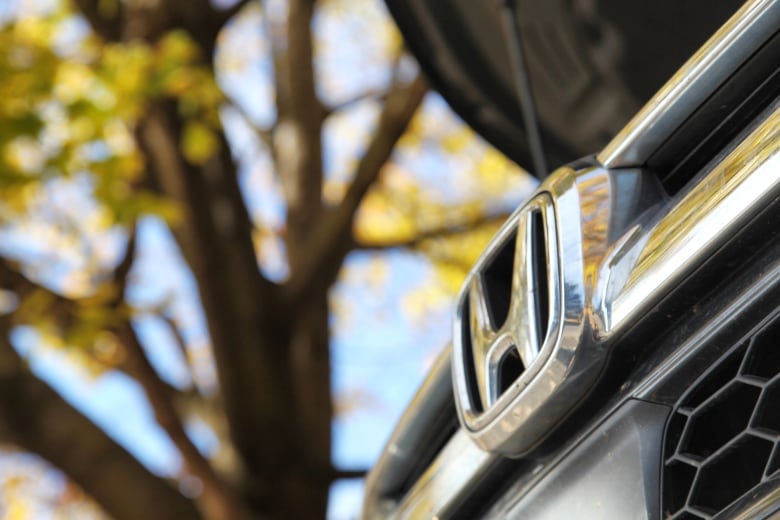 Broadhead tries not to park his 2017 CRV in his driveway out of worries that squirrels will cause more expensive damage. (Stu Mills/CBC)

Honda isn’t the only company developing bio-plastics for industrial applications. Dupont’s Zytel RS is a nylon resin made with sebacic acid extracted from castor oil.

In 2006, Mazda announced the creation of a bioplastic that is 88 per cent corn.

In 2016, Ford Motor Company and Jose Cuervo announced they were developing a sustainable bioplastic derived from the tequila-maker’s spent agave plant fibres.

None of it impresses Broadhead, who believes he has been eating the costs of environmentally-friendly plastic.

“I’d like to see cars that are not friendly to rodents,” Broadhead said.

Post Views: 366
Want To Change Your Life? Start Earning Up To $5,000 Per Week After Watching This Video. Click Here!
Related Topics:HondahungrymansMealsnutssquirrelswheels
Up Next

Post Views: 1,610
Want To Change Your Life? Start Earning Up To $5,000 Per Week After Watching This Video. Click Here!
Continue Reading