Seventy-five-year-old Helena Petkau waits patiently for the Greyhound to roll into Nelson B.C.’s bus depot at the back of a shopping mall.

Petkau is from Richmond and takes the Greyhound to see her daughter in Kelowna and grandson in Nelson every couple of months.

She’s not sure what she’ll do when the bus service ends.

“I am shattered by it. I can’t believe they are actually doing it. I don’t know how I will get back here to see my grandson,” said Petkau. 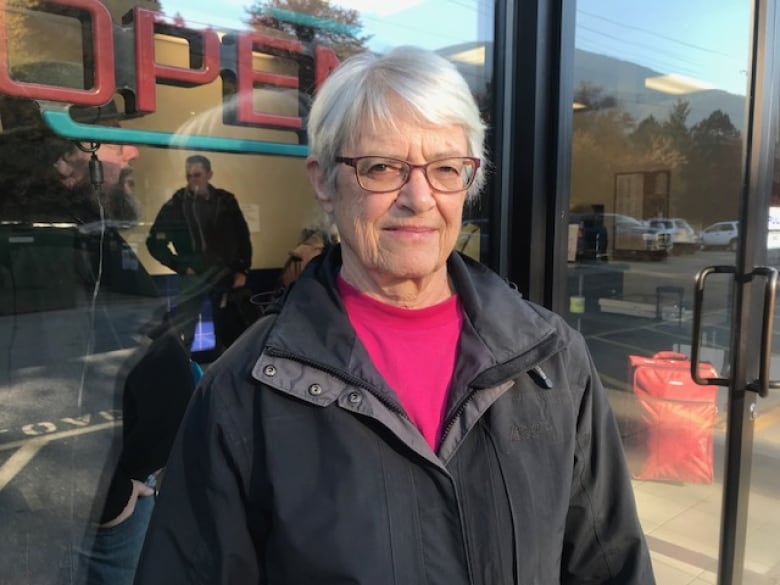 Helena Petkau has been taking the Greyhound bus for years. She says it will be missed. (Bob Keating)

The last Greyhound is scheduled to pull out of Nelson on Sunday. A handwritten sign in the depot reads “last bus east October 27, last bus west October 28.”

It’s the end of a vital service for people like Petkau and the culmination of 100 years of history in Nelson, where Canadian Greyhound Coaches Ltd. began.

The story opens with John Learmonth, a businessman who built all sorts of things in his shop just outside Nelson. As the First World War ended in 1918, Learmonth saw the need for a bus service to ply the rutted wagon track between Nelson and nearby Balfour.

So, Learmonth modified a one tonne Oldsmobile — building seats in the back for passengers. His grandson, Vic Learmonth, has a working model of the century-old bus. 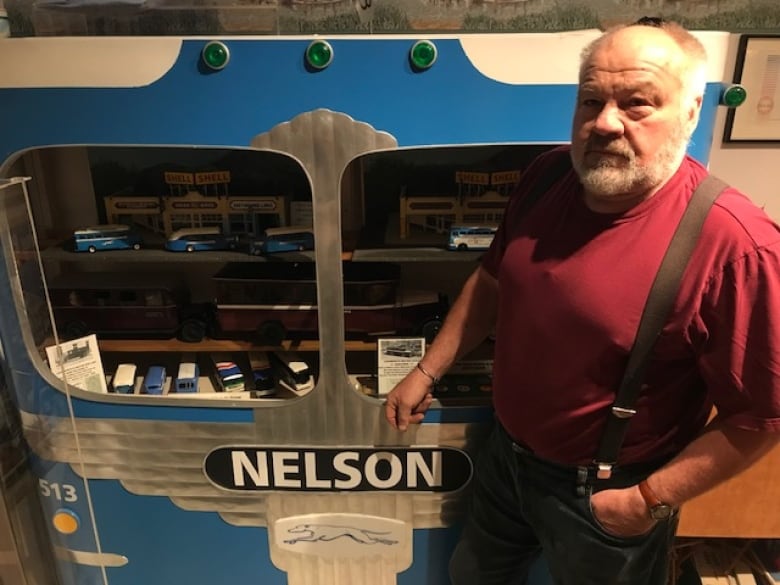 Vic Learmonth poses for a photo in front of models of his grandfather’s buses. (Bob Keating)

“He’d haul freight by day and then had a passenger service, morning and night, from Balfour,” said Learmonth.

The service proved to be so popular that Learmonth built a second, larger bus on the frame of a Packard automobile. With that, Learmonth Motor Coach was born, and it ran from 1925 until 1929 when the company was bought by Barney Olson and incorporated as Canadian Greyhound Coaches — with Learmonth’s Packard continuing the run between Nelson and Trail. 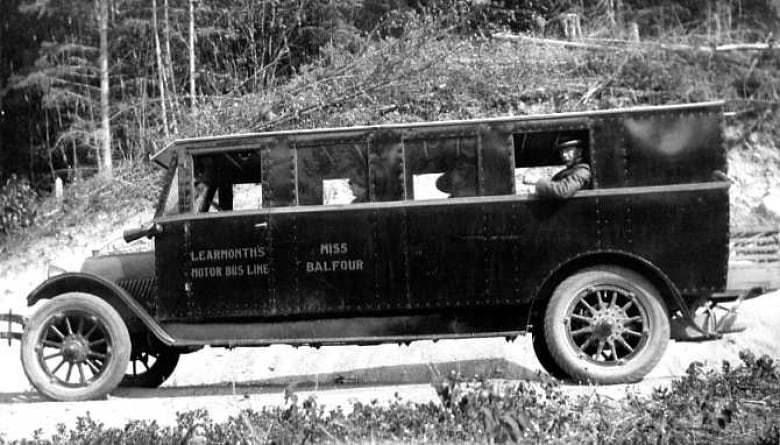 “He seemed pretty proud of it. I was awfully young then, but I know he was strict about how people drove and the whole professional attitude of his people. So I would think he had a lot of pride in doing it,” said Vic Learmonth.

In 1930, Greyhound set up shop in Calgary, building one of the most ornate terminals in North America, and, in 1940, the company sold to the Greyhound Corporation in the United States. The new transcontinental service grew in the 1950s when tourism and long distance travel began to take off.

Greyhound flourished until the beginning of this century when flying became more affordable, vehicle ownership went up and travellers stopped seeing the bus as an option. This summer, the company announced the cancellation of almost all its service to western Canada, ending passenger and freight service in Alberta, Saskatchewan and Manitoba, and cancelling all but one route in B.C. — the run between Vancouver and Seattle.

The changes make Ontario and Quebec the only regions where the familiar Greyhound logo will continue to roll across Canadian highways.

“It’s been run into the ground by management from Dallas, Texas,” said Tom Lymbry, a historian who’s written extensively about Greyhound. 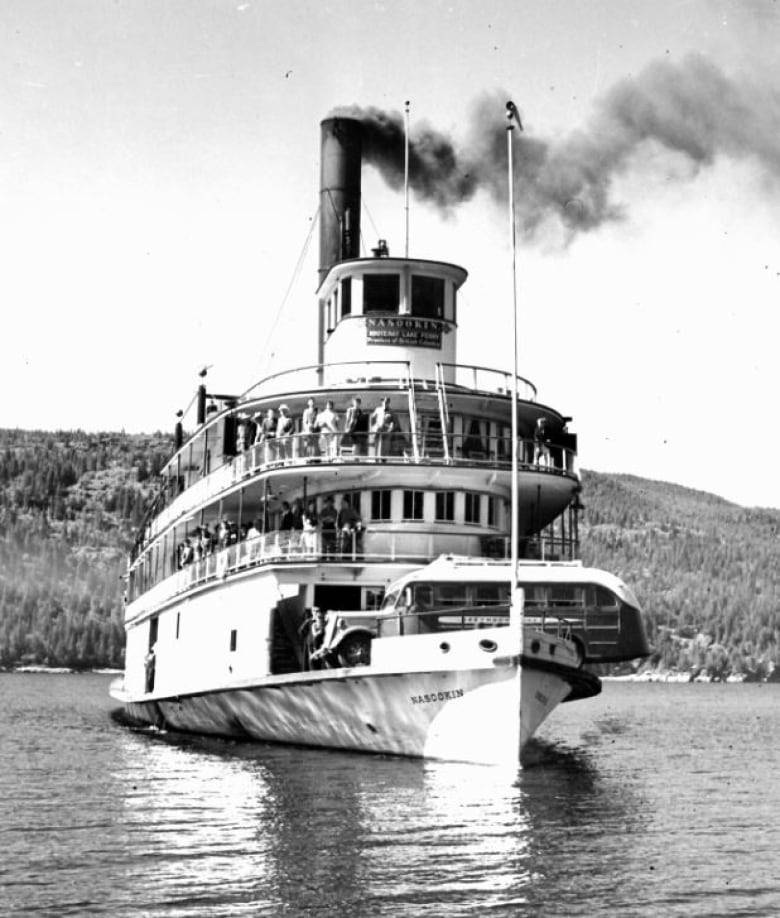 Learmonth’s buses were loaded on ferries during the early 20th century. (Burt Learmonth)

Lymbry can remember when Greyhound buses were loaded on a paddlewheeler to cross Kootenay Lake outside his home. This summer, he celebrated his 90th birthday with a trip to the Yukon where he interviewed retired Greyhound bus drivers and workers.

“And all of the depot people blamed Texas for the disaster,” says Lymbry.

Lymbry has organized one final trip on the last Greyhound on Saturday from Nelson to Grand Forks. He says it will be a sad journey.

Vic Learmonth will be onboard, remembering how his grandfather helped start the company a century ago. Helena Petkau won’t be making the trip and says she may never get on another Greyhound again.

“I’m really gonna miss it,” she said. “It’s deteriorated over the recent past, and so, that was sad, but it’s a great ride.”

With files from Bob Keating

Post Views: 294
Want To Change Your Life? Start Earning Up To $5,000 Per Week After Watching This Video. Click Here!
Related Topics:BCCenturyGreyhoundNelsonrolls
Up Next