You might not normally associate the terms ‘humane’ and ‘environmentally friendly’ with meat products, but a growing field of research could change that.

Cultured meat, or lab-grown meat, begins with the extraction of a small selection of cells from a live animal. Those cells are taken to a lab where they divide, accumulating into a mass that can be harvested and slapped on a burger bun.

So why isn’t the wonder meat available at the supermarket? Bill Aimutis, the director of North Carolina State University’s food innovation lab, will explore that question Thursday during a free lecture at the University of Alberta. 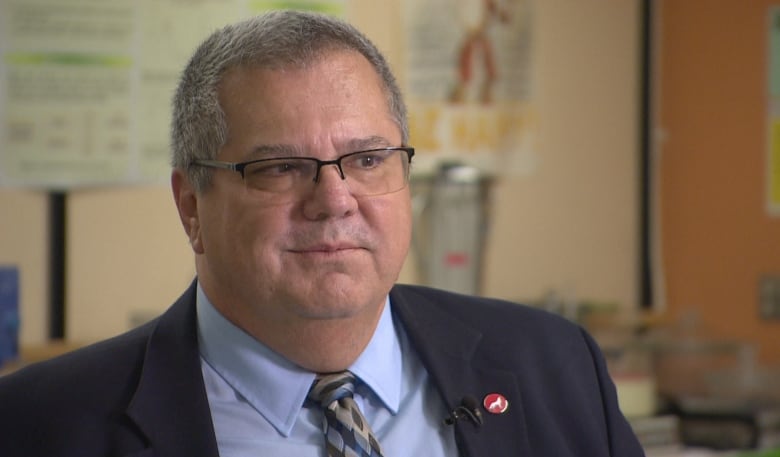 There are several hurdles to overcome before cultured meat can be mass produced, including challenges with technology and cost, Aimutis said.

Producing the first lab-grown burger in 2013 cost a whopping $330,000 — not exactly a steal of a deal for the everyday consumer.

Creating the protein product is costly partially because it requires the use of fetal bovine serum, which helps the animal cells reproduce, Aimutis said.

“That expense almost is prohibitive to go to a mass production situation,” he said.

“We don’t know yet what the costs will be because, frankly, we haven’t commercially produced it yet.”

The serum is extracted from fetal calves in a process Aimutis described as “quite inhumane,” meaning the meat can’t be labelled ‘cruelty free’ unless an alternative serum is found.

Despite the challenges, Aimutis said it’s crucial the research continues.

“If we look at today, the amount of protein that we all eat across the world, we are barely producing enough protein to meet those demands,” he said.

“But as the population grows, we’re going to have to increase our protein production some place between 40 and 70 per cent to meet the demand of the consumers.” 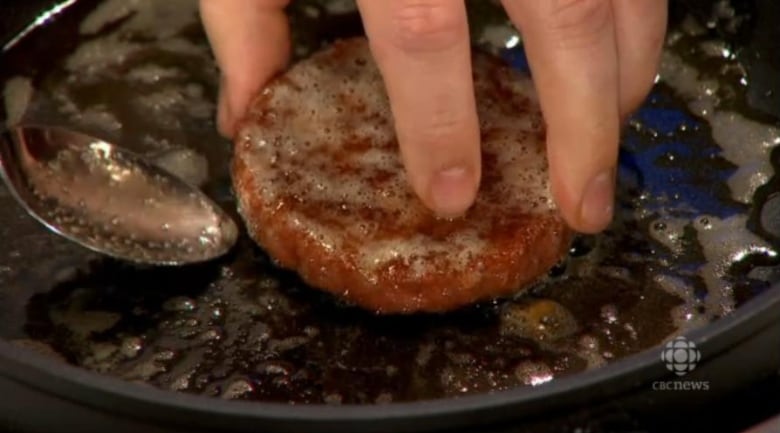 The first lab-grown hamburger was built from cattle stem cells and taste-tested in 2013. (CBC)

“People that are in favour of cultured meat from a humane perspective or from an environmental perspective have the great hope that cultured meat will replace all meat being grown by traditional livestock rearing methods today. I don’t believe that we can do that,” Aimutis said.

“We’ll still continue to need to grow livestock. This will be another way of supplementing the protein that we need.”

But will people eat it?

Consumer preference studies have determined people would try cultured meat if it had the same look, taste, smell, and price of regular meat, Aimutis said. He noted cultured meat theoretically tastes like the animal it originates from, though it all looks like ground beef.

While people might be willing to try it, Aimutus said it could be a while before they get the chance.

“Realistically we won’t see mass production of this type of cultured meat probably until about the year 2040,” he said.

Aimutis will host a public lecture on cellular meat technology at the U of A’s Lister Centre Thursday at 3:30 p.m.

Post Views: 381
Want To Change Your Life? Start Earning Up To $5,000 Per Week After Watching This Video. Click Here!
Related Topics:demandsexpertFutureHighLabgrownmeatproteinsteaks
Up Next

Post Views: 699
Want To Change Your Life? Start Earning Up To $5,000 Per Week After Watching This Video. Click Here!
Continue Reading

Post Views: 4,608
Want To Change Your Life? Start Earning Up To $5,000 Per Week After Watching This Video. Click Here!
Continue Reading

Post Views: 434
Want To Change Your Life? Start Earning Up To $5,000 Per Week After Watching This Video. Click Here!
Continue Reading