The world’s biggest fund for tackling climate change in the developing world has approved investment of about $1 billion US in new projects and launched a process to refill its coffers, putting it back on track after a difficult few months.

Progress at the latest meeting of the Green Climate Fund (GCF) board, which wrapped up on Saturday evening in Bahrain, was viewed as key to smooth the way for UN climate talks in December tasked with agreeing rules to implement the 2015 Paris Agreement to curb global warming.

GCF board co-chair Lennart Bage of Sweden said the results from last week’s meeting had “exceeded expectations,” while UN climate chief Patricia Espinosa said in a tweet it had sent an “important signal” ahead of the upcoming climate conference.

Researchers with the U.S.-based World Resources Institute (WRI) who attended the board meeting told the Thomson Reuters Foundation the GCF was “back on the rails” after a previous meeting in July broke down amid political squabbling.

“We are in a much better place going into these crunch climate talks in December,” said Joe Thwaites, an associate in WRI’s Sustainable Finance Center.

“Continued GCF support for developing countries is a key component of success in the international negotiations.”

The GCF was set up under the UN climate talks, and donor countries initially promised more than $10 billion US in 2014 to fund projects to help poorer nations reduce planet-warming emissions and adapt to wilder weather and rising seas.

But it has not been plain sailing.

The South Korea-based fund has struggled with arguments over how it should be run among its 24-member board, which has an equal balance of developed and developing-country representatives. Some of those issues have yet to be resolved.

It also faces a $2-billion US shortfall after U.S. President Donald Trump last year decided his country should quit the Paris Agreement, and signalled he would not deliver the remaining two-thirds of a $3-billion US pledge to the GCF.

That has made a replenishment of the fund even more important, as it has now allocated more than $4.6 billion US to 93 projects, with more proposals seeking funding approval. 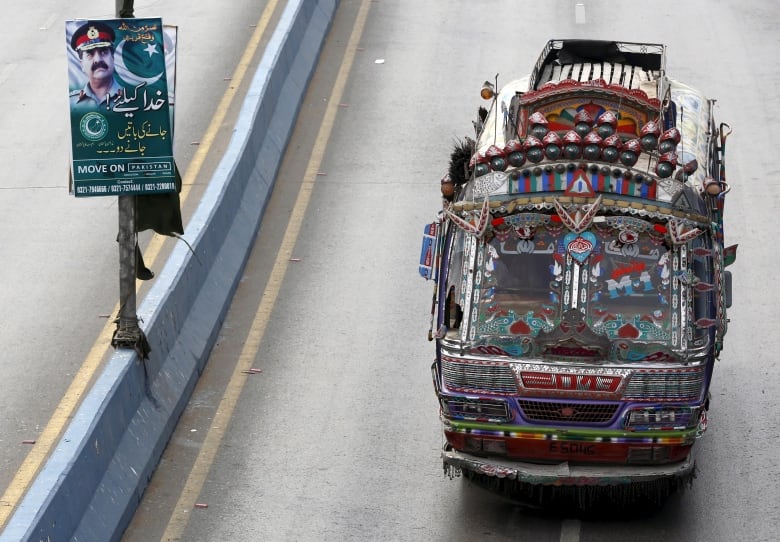 A bus moves along a road in Karachi, Pakistan in 2016. A bus rapid transit system for Karachi is one of the newly funded Green Climate Fund projects. (Akhtar Soomro/Reuters)

“With a rapidly growing portfolio, accelerating implementation on the ground, and a pipeline of $17 billion showing huge demand, GCF is now entering its first replenishment ready to step up its support of developing countries’ climate action,” Javier Manzanares, the fund’s interim executive director, said in a statement after the board meeting.

A process for approaching donors for fresh contributions was agreed at the Bahrain meeting. Observers said a pledging conference could take place next autumn.

In Manama, the fund’s board also approved 16 new partner organizations to implement GCF projects, including banks and government agencies, bringing the total to 75.

It agreed on a process to select a new executive director after its previous head quit in July, and it decided to start a performance review of the fund by an independent unit.

In addition, the board discussed how it should take decisions if it cannot reach consensus — an issue that has hampered progress on occasions. An alternative process has yet to be agreed.

There was controversy over a project submitted by the meeting’s host government, oil- and gas-rich Bahrain, which sparked concern that GCF money could be used to help clean up wastewater from the fossil fuel industry.

Only part of the original proposal, however, relating to reducing national demand for water, was eventually approved.

“Climate finance and climate project formulation are the two greatest bottlenecks to climate action in the developing countries,” Paul Oquist, Nicaraguan co-chair of the board, said in a statement. “GCF has a critical role to play in both.”

CBC News is launching a new weekly newsletter about the environment called What on Earth? Smart, snappy and constructive, it will highlight trends and solutions that are moving us to a more sustainable world. Written by CBC News journalists and delivered to you email inbox every Thursday afternoon. Subscribe here.

Post Views: 361
Want To Change Your Life? Start Earning Up To $5,000 Per Week After Watching This Video. Click Here!
Related Topics:climateDecemberfundrailstalks
Up Next

Stephen Hawking’s jacket, thesis and high-tech wheelchair up for auction

Post Views: 2,720
Want To Change Your Life? Start Earning Up To $5,000 Per Week After Watching This Video. Click Here!
Continue Reading