Federal fisheries minister Jonathan Wilkinson told a roundtable of industry, environmentalists and academics in Dartmouth, N.S., that his department will examine “different pathways” for next year.

“Maybe there are other ways of going about looking at triggers,” Wilkinson later told CBC News.

Earlier this year, the Department of Fisheries and Ocean imposed sweeping closures to prevent a repeat of 2017, when 12 of the critically endangered whales died in Canadian waters.

Canada considers the stricter measures at least partly responsible for the fact that no right whales have died in Canadian waters so far this year. 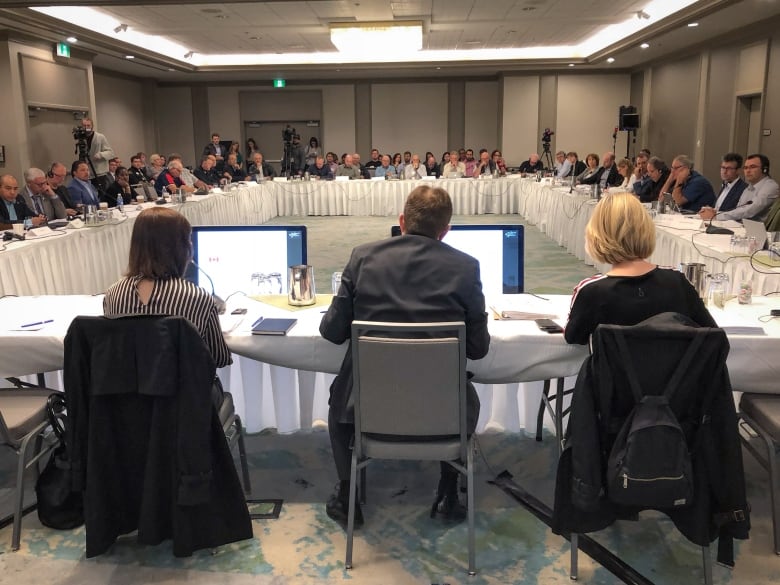 Wilkinson told the group that as a result of the initiatives in the Gulf of St. Lawrence, not one whale died this summer from being hit by a ship or getting snarled in fishing line. (Robert Short/CBC)

Among the steps is a requirement for fishermen to cut the trailing buoy upon sighting a right whale to reduce rope in the water.

“That is a focus of trying to adapt measures to local circumstances and those are the kinds of things we are going look at going forward,” Wilkinson said.

The president of the Grand Manan Fishermen’s association, Brian Guptill, hopes the pilot will avert what happened in June when a single right whale whale transiting their fishing area led to an automatic 15-day shutdown.

“Long before the closure ever went in place, that whale was gone. It is a knee-jerk reaction set in motion because of events that happened the year before in the Gulf… It was millions of dollars, it  had serious consequences.” 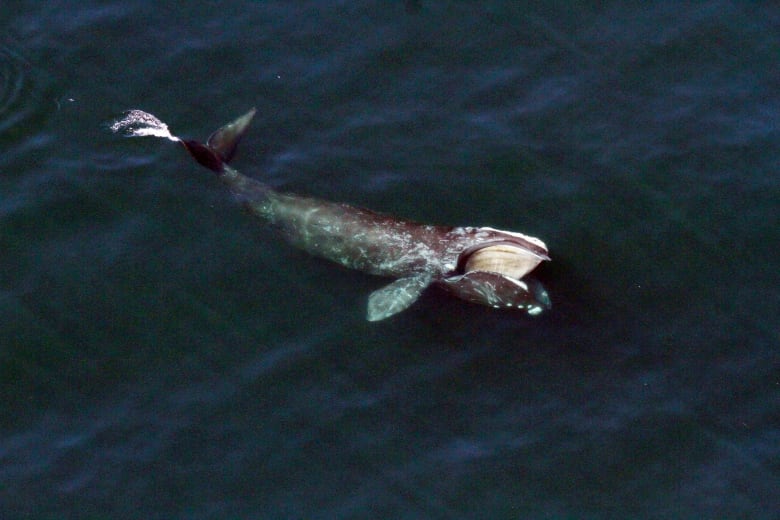 A right whale side-feeds just below the surface of Cape Cod Bay off shore from Wellfleet, Mass. (Center for Coastal Studies/NOAA permit #19315/AP)

“There is an outcome we all need to be working toward. That is no mortalities of right whales,” Wilkinson told the roundtable.

Many in the audience like Eugene O’Leary of the Guysborough County Inshore Fishermen’s Association say the blanket closures imposed in 2018 went too far.

“They overreacted. They tried to please our American buddies down south. I think other things could have been done,” O’Leary says. 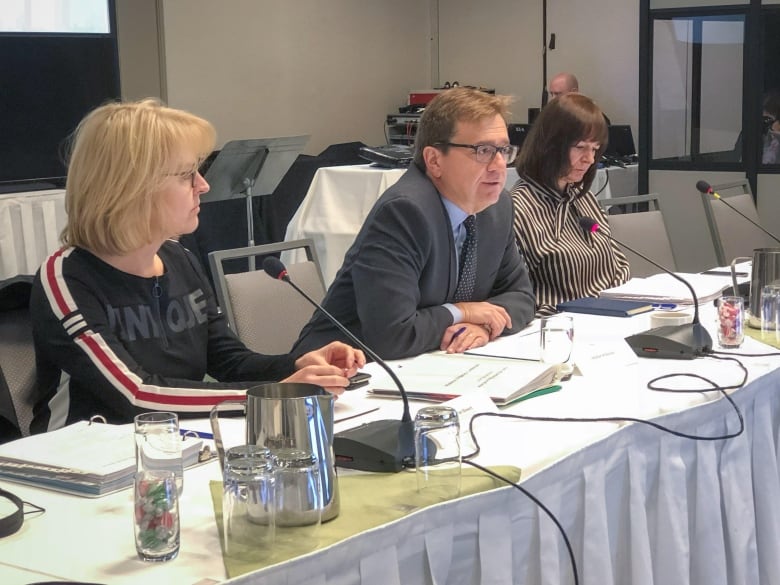 Guysborough is an area where right whales transit en route to the Gulf of St Lawrence. He fears a blanket closure during the local season.

He welcomed the Grand Manan pilot.

“That’s a good start. I believe has done something that makes it look like he wants to work with us rather than you are going to do this this and this.”

Martin Noel of New Brunswick’s Acadian Crab Fishermen’s Association hopes flexibility in 2019 will mean the snow crab fleet will be allowed to fish in areas of the Gulf of St Lawrence where  whales were present in 2018 until the whales arrive.

“That would benefit a lot for fishermen — about 30 per cent of the biomass is in that area. It’s major. It’s major. If we can access that area before whales arrive, we will be able to accomplish a lot in terms of catching our quota and when the whales arrive the area can be closed,” he says.

Sean Brilliant of the Canadian Wildlife Federation points out no decisions have been made, but the approach is different.

“These rules came out of the blue last year. There was no discussion. The rules just came down. Now there’s more discussion. There’s talking about what the risk is,” he says.

DFO will hold a scientific conference next month in Montreal on the issue. The fishing rules to protect right whales will be put in place for the 2019 season.

Post Views: 449
Want To Change Your Life? Start Earning Up To $5,000 Per Week After Watching This Video. Click Here!
Related Topics:fishingloosenedOttawaprotectrestrictionsweighswhales
Up Next

Indonesians can pay bus fare with plastic waste instead of money